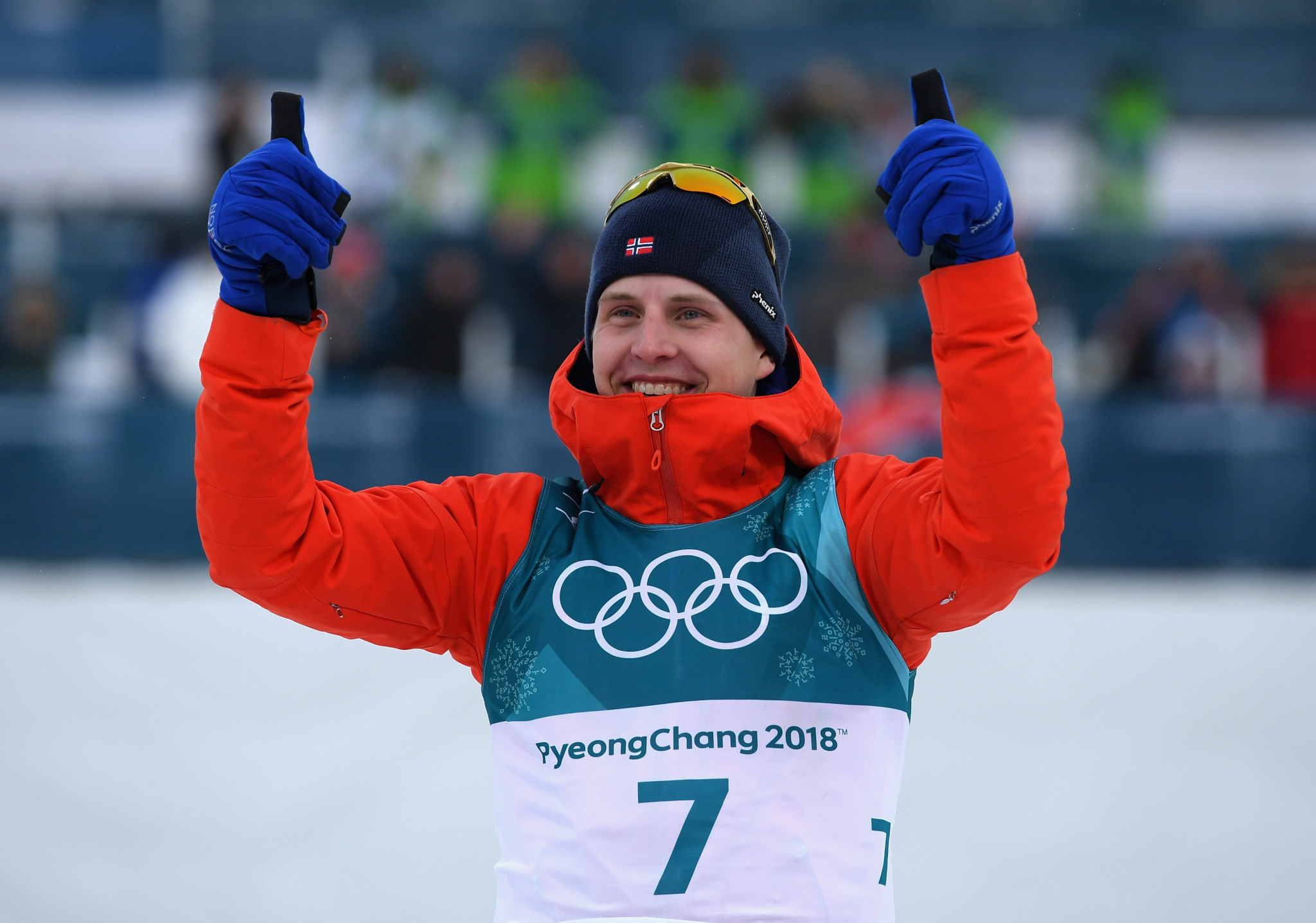 The 24-year-old crossed the line in a time of 1 hour 16min 20sec at the Alpensia Cross-Country Skiing Centre.

Sundby, the Sochi 2014 bronze medallist, finished eight seconds behind with Holund was a further 1.9 seconds back.

The fall caused the Olympic Athlete from Russia’s Denis Spitsov and Andrey Larkov to topple over him.

"It is an indescribable feeling," Krüger said.

"It is an amazing day, but it started in the worst way with the fall after the first 100 metres and a broken pole."

Krüger added: "I was completely last in the group so I had to start the race again and switch focus to catch up with the guys.

"When I did it I was saying to myself, 'okay, take one lap, two laps, three laps and just get into it again, and try to do it on the final lap'.

"I knew that my chance was to go early and try to surprise the group."

Spitsov recovered from falling over Krüger to come fourth.

"I'm a little disappointed and of course I was out to go for a medal but I was not strong enough in the end," Cologna, Switzerland's flag bearer at the Opening Ceremony on Friday (February 9), said.

"I felt a little bit tired and the Norwegian has been too strong."

Cross-country skiing action is due to resume on Tuesday (February 13), when the men’s and women’s sprint classic events take centre stage.