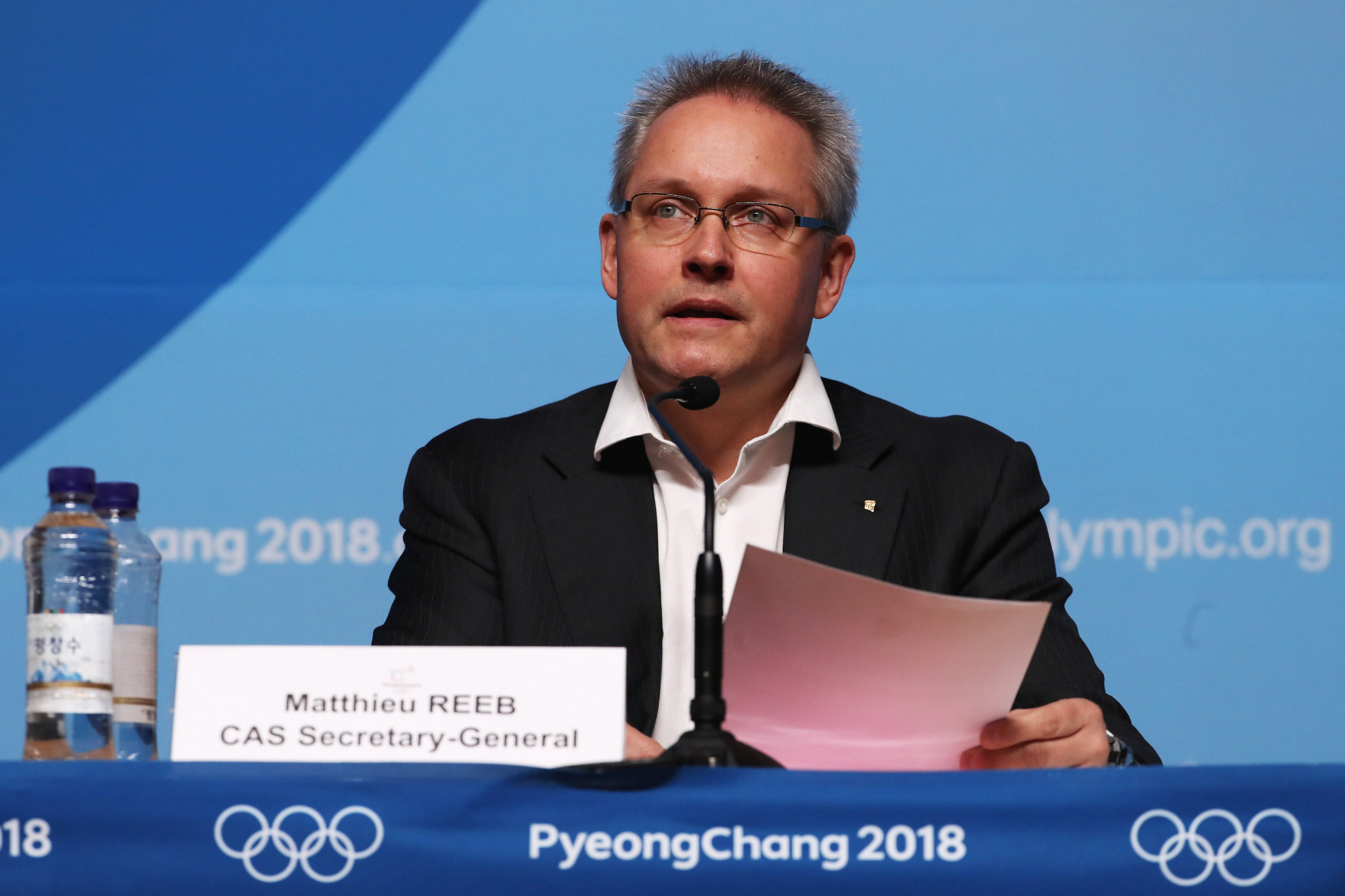 The Court of Arbitration for Sport (CAS) has dismissed the appeals of all 45 Russian athletes hoping to be cleared to compete at the Winter Olympic Games here, it was announced today.

Appeals filed by two coaches have also been dismissed by the Ad Hoc Division of the CAS.

In a statement, Reeb said the CAS ruled the International Olympic Committee (IOC) forcing Russia to compete as neutrals was an "eligibility" decision rather than a sanction, paving the way for the IOC to ban the athletes.

Reeb added that the CAS panel found the Russian athletes did not successfully prove the that the manner in which the two IOC Commissions - the Invitation Review Panel and the Olympic Athlete from Russia (OAR) Implementation Group - evaluated them was carried out in a "discriminatory, arbitrary or unfair manner".

CAS also concluded there was no evidence the two IOC panels "improperly exercised their discretion".

"In its decisions, the CAS arbitrators have considered that the process created by the IOC to establish an invitation list of Russian athletes to compete as OAR could not be described as a sanction but rather as an eligibility decision," the CAS statement read.

"Although the Russian Olympic Committee (ROC) was suspended, the IOC nevertheless chose to offer individual athletes the opportunity to participate in the Winter Games under prescribed conditions - a process that was designed to balance the IOC’s interest in the global fight against doping and the interests of individual athletes from Russia."

All Russian athletes implicated were retrospectively disqualified from Sochi 2014 by an IOC Commission chaired by Denis Oswald for their role in the "systematic manipulation" of the anti-doping process at the Games before successful appeals to the CAS last month.

In a statement, the IOC welcomed the decision of CAS.

They claimed it "supports the fight against doping and brings clarity for all athletes".

The ruling followed yesterday's CAS announcement they did not have the jurisdiction to deal with cases filed by six Russian athletes, including speed skaters Denis Yuskov and Pavel Kulizhnikov, and seven coaches yesterday.

It is believed this was because they had already all unsuccessfully appealed to the Swiss Civil Courts.

It means the number of athletes on the OAR team remains at 168.

A total of 169 were initially invited but speed skater Olga Graf turned down an invitation in protest at the IOC forcing them to compete as neutrals.

IOC Statement on CAS: We welcome this decision which supports the fight against doping and brings clarity for all athletes. #PyeongChang2018 #Olympics

Russian officials had last night appeared confident in their chances of success.

It was also stipulated then that the IOC panel "at its absolute discretion, will ultimately determine the athletes to be invited from the list".