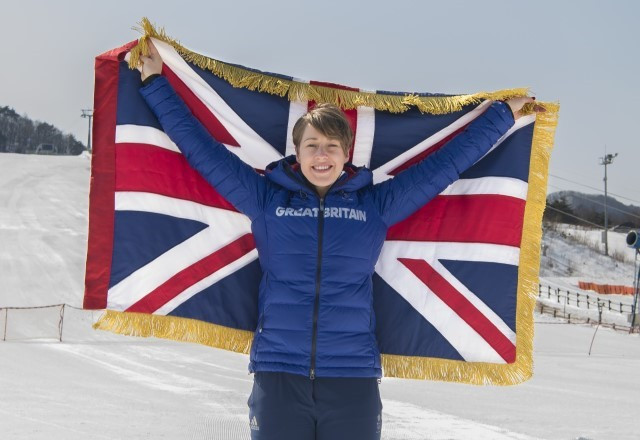 The 29-year-old will lead Britain's 59-strong team into the Pyeongchang Olympic Stadium during the Ceremony at the open-air venue.

Yarnold performed the same role at the Closing Ceremony of Sochi 2014, where she clinched the gold medal in the women's skeleton.

She was chosen for Pyeongchang 2018 following a peer vote among British athletes.

"My first reaction when I was asked to be flagbearer was complete excitement and I’m really proud to march in front of the whole team," said Yarnold.

"There are so many talented athletes competing here for Britain at this Olympic Games and hopefully this can be the start of our most successful ever Winter Olympics."

A Team GB Flagbearer not once but twice. @TheYarnold on carrying the Union Flag?? and leading our athletes into tomorrow's Opening Ceremony of @pyeongchang2018 #WeAreTheGreat pic.twitter.com/PT04EOKpn8

Yarnold added: "Being flagbearer at Sochi felt like a real celebration whereas this time around it’s a completely different responsibility.

"This could be the start of something really special and I hope the other athletes aren’t too far behind me as we’re very much one team going into these Games."

Yarnold will bid to become the first British athlete to retain an Olympic title when she competes at the Alpensia Sliding Centre next week.

The skeleton star played down concerns over the weather at tomorrow's Ceremony, now expected to be warmer than was initially feared.

Temperatures are set to dip to between minus five and minus two with a wind chill factor of minus 10.

"I wanted to be part of the team and the Opening Ceremony regardless of the weather," she told BBC Sport.

"I'm going to try and hold the flag out with one arm throughout the Ceremony - we'll see."