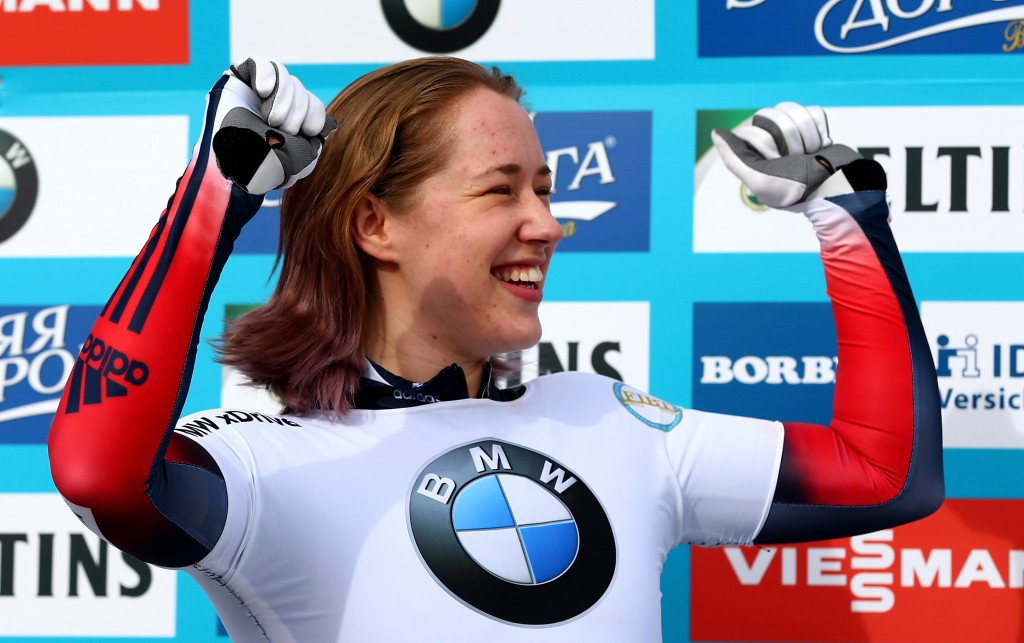 Reigning Olympic skeleton champion Lizzy Yarnold of Britain has announced she will take a year-long break from the sport after claiming the past season has left her feeling “burnt out”.

Yarnold completed her career Grand Slam by sealing International Bobsleigh and Skeleton Federation (FIBT) World Championships gold in Winterberg, Germany in March, which was the one crown to have previously eluded the 26-year-old Bath-based slider.

She had already claimed the Olympic title in Sochi in 2014, before she went on to secure FIBT World Cup gold the same year and the European crown in Igls, Austria in February.

The announcement means Yarnold will not defend her World Cup crown this year, leaving Laura Deas as the only established British slider on the programme for the 2015-16 season following the retirement of Rose McGrandle and Shelley Rudman’s decision to extend her maternity leave.

Despite the surprise announcement, Yarnold, whose gold at the Sochi 2014 Winter Olympic Games was Britain’s 10th in the history of the event, maintains she is not leaving the sport and has vowed to return stronger for the 2018 Games in Pyeongchang, South Korea, where she will bid to become the first slider ever to successfully defend an Olympic skeleton title.

“Coming off the back of my win in Sochi it was hard to re-motivate myself, but I had the Grand Slam in my sights and wanted so desperately to be World Champion that it saw me through,” she said.

“It wasn't until I returned home that I realised I was emotionally fatigued – more than the usual end-of-season exhaustion.

“It will be hard to watch others compete without me but I really feel like this is the right time for me to refresh, take stock and come back even more motivated for the future.”

Her decision may be music to the ears of some of her closest competitors and Yarnold is not expected to make a return to the sport until late 2016.

The announcement will come as a blow to British Skeleton but the organisation’s performance director Andi Schmid says they “fully support” Yarnold’s choice to take a year out.

“Lizzy has already achieved some amazing things in her career and I am sure there is plenty more still to come,” he said.

“We have an impressive degree of strength in depth within the squad and are confident that we will still be competing for podium places this season.

“We fully support Lizzy's desire to take a season off from competing.”