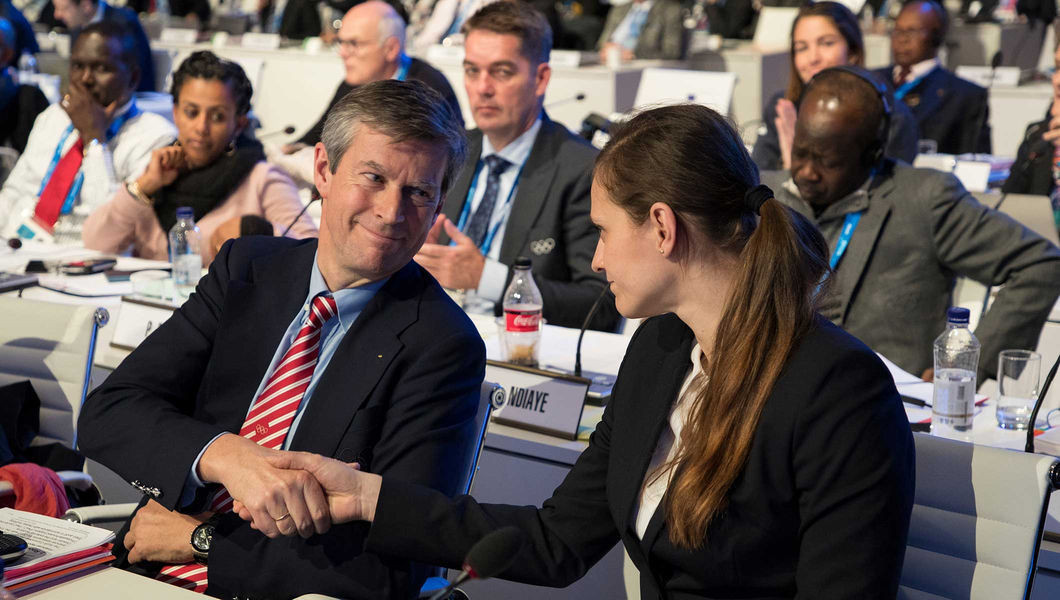 Belgium's Pierre-Olivier Beckers, chair of the IOC Coordination Commission for Paris 2024, was also re-elected for a fresh four year term.

Rapilla will serve a four-year term in place of Fiji's Robin Mitchell, who resigned from his role following his election as an Executive Board member.

All were unopposed for their respective positions.

The Ethics Commission is described as "independent" but concerns have been raised about the wisdom of having four representatives who are also IOC members.

She conducts an analysis of the specific case - which is limited by how she has no staff to carry out specific investigatory work - before, if she so wishes, the case is referred to the Ethics Commission.

They will then make a private recommendation back to the IOC Executive Board, who deliver a final verdict.

It appears that the IOC have no intention to change any of these aspects, despite it being much less independent than equivalent systems in other organisations, such as the Athletics Integrity Unit set-up as a separate entity to the International Association of Athletics Federations.

Moon claimed in his speech today that, due to the "principle of confidentiality of the cases, unfortunately it is not possible to disclose detailed information on the ongoing cases".

IOC members Alex GIlady and Sheikh Ahmad Al-Fahad Al-Sabah are among those currently under investigation.

He did highlight, though, an ongoing reform process on rules regarding conflicts of interest.

"The current text was approved in 2002 by the IOC Session in Mexico.

"The understanding of the situation of conflict of interests, as well as the tolerance for such situation evolved considerably over the past 15 years.

"Therefore, it has been decided to ask for a full review of this text.

"Hopefully, we will be able to present an enhanced regulation over the coming year."