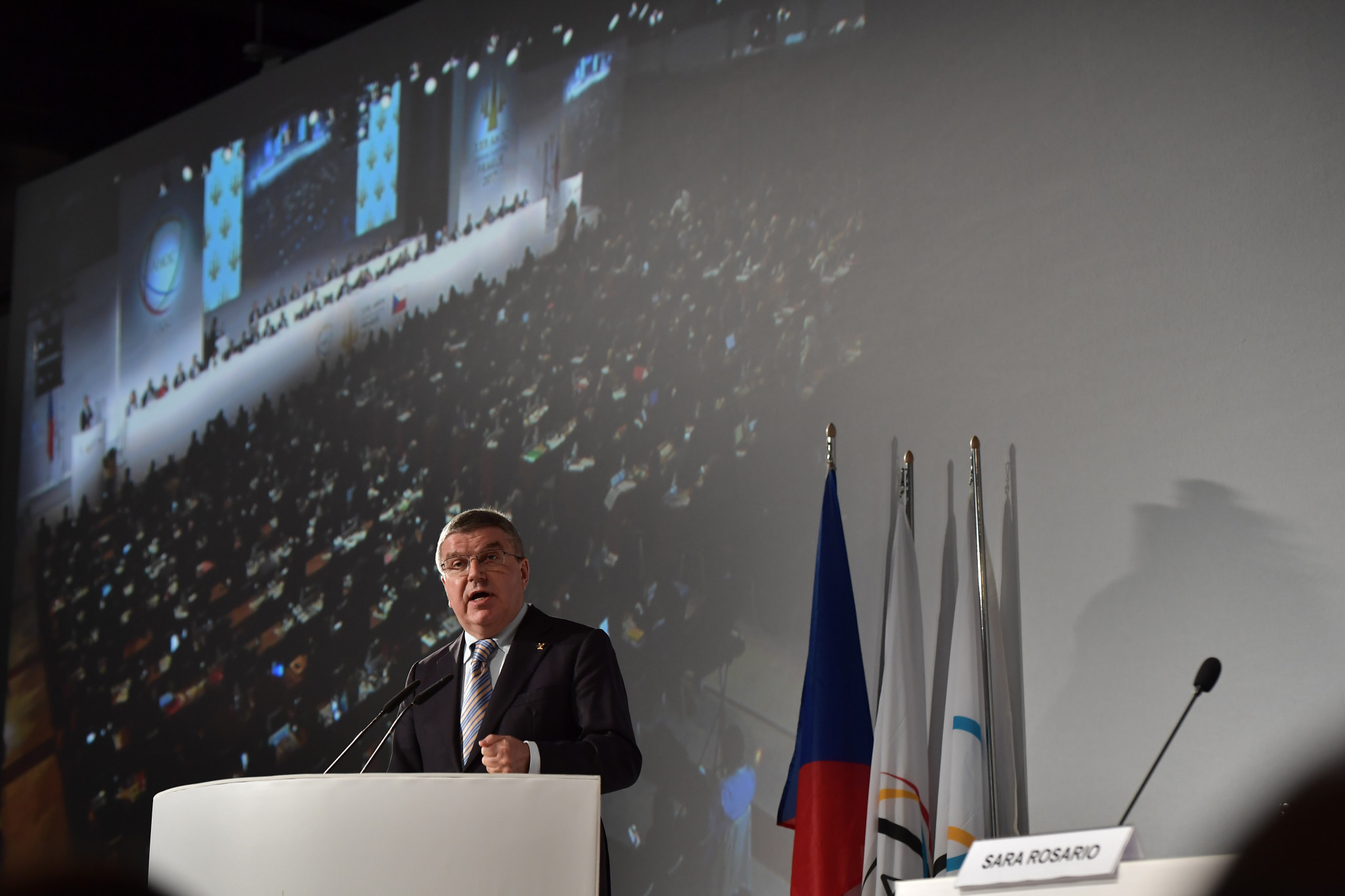 International Olympic Committee (IOC) President Thomas Bach has attacked those who criticise the Olympic Movement but insisted that no organisation can be immune from wrongdoing however good its governance is.

Bach, speaking in a keynote address lasting almost an hour at today's Association of National Olympic Committees (ANOC) General Assembly here, spoke on a wide-range of issues, including ongoing anti-doping and corruption investigations.

Admitting that the IOC does face challenges, he nevertheless accused its critics of ignorance.

"We live in a world of mistrust against the establishment and we are considered to be part of this establishment," Bach told the 1,300 delegates.

"We live in a world where people are more and more thinking in silos of their own opinion.

"People are not ready for a dialogue anymore.

"In a world of silos, they become aggressive of people who do not share their opinions.

"People start to think that because they are living in silos, that they are in possession of the sole and only truth.

"Yes, we're living in a world where selfish interests appear to prevail and create more discrepancies in our world.

"Yes, we're living in a world where they Olympic values of tolerance, respect, understanding and peace are more important than ever before.

"We have the determination and the courage and the will to promote and defend these values."

Bach's speech follows the arrest of former IOC member and Rio 2016 President Carlos Nuzman last month for alleged involvement in a vote-buying scandal connected to the Brazilian city's successful bid for the Olympic and Paralympic Games eight years ago.

Namibia's IOC member Frankie Fredericks was also absent from September's IOC Session in Lima as he seeks to clear his name after also being connected with the scandal.

He appeared before a court in Paris this morning to answer questions about alleged payments linked to Rio 2016 received by his company, Yemi Limited on the eve of the vote in Copenhagen in October 2009.

ANOC President and IOC member Sheikh Ahmad Al-Fahad Al-Sabah is also the focus of an IOC Ethics Commission investigation after being identified in a United States Department of Justice document in April in a corruption case involving Guam's Richard Lai - although he was cleared of any wrongdoing by the ANOC General Assembly here today.

Bach claimed all of these cases are exceptions rather than the rule and do not reflect badly on the IOC's governance processes.

He warned the public makes no distinction between governing bodies, so any cases of bad governance reflects badly on the whole of the Olympic Movement.

"For the public it is about sport and sporting organisations," Bach said.

"Be realistic, every reform does not make anyone immune from wrongdoing.

"If we have the tools in place, we can tackle them when there are wrongdoings and show our commitment to tackle any governance issues."

He appeared most passionate, however, when criticising those who have "prematurely" called for a Russian ban from the Pyeongchang 2018 Olympics.

The Schmid and Oswald Commissions looking into evidence of sample tampering by home athletes at Sochi 2014 - made in the World Anti-Doping Agency (WADA)-commissioned McLaren Report - are due to be completed later this month before decisions are made at an Executive Board meeting scheduled for December 5 to 7.

"It was very clear, the Olympic Movement considers it unacceptable that some sanctions are being demanded in the public domain," Bach said.

"Everybody enjoys the same rights and obligations.

"Everybody enjoys the rights to a fair and due procedure.

"Think how you would react if you were alleged to have wrongdoings, it is a human right."

Slovenia's European Olympic Committees President Janez Kocijančič appeared to break Bach's rule on premature calls for a certain punishment after criticising the principle of any sort of collective sanction for Russia.

St Vincent and the Grenadines Olympic Committee general secretary Keith Joseph criticised anybody within the Olympic Movement who has spoken negatively about the conduct of the IOC.

"From the beginning the IOC are seen as a 'Family' so there is a problem when members of this 'Family' are a little too eager to point fingers at the institution," he said.

Joseph called for the IOC to speak with one voice and make collective rather than individual public statements - something very difficult to enforce in this social media age.

His comments were interpreted as an attack on various people, including St Lucia's IOC member Richard Peterkin, who admitted the IOC can appear "arrogant and aloof" when speaking on The Ticket radio programme in Australia.

"We cannot expect others to defend us and accept us if we ourselves do not respect our Commissions and the way we are working," Bach responded in agreement.

"It is a matter of self-respect."