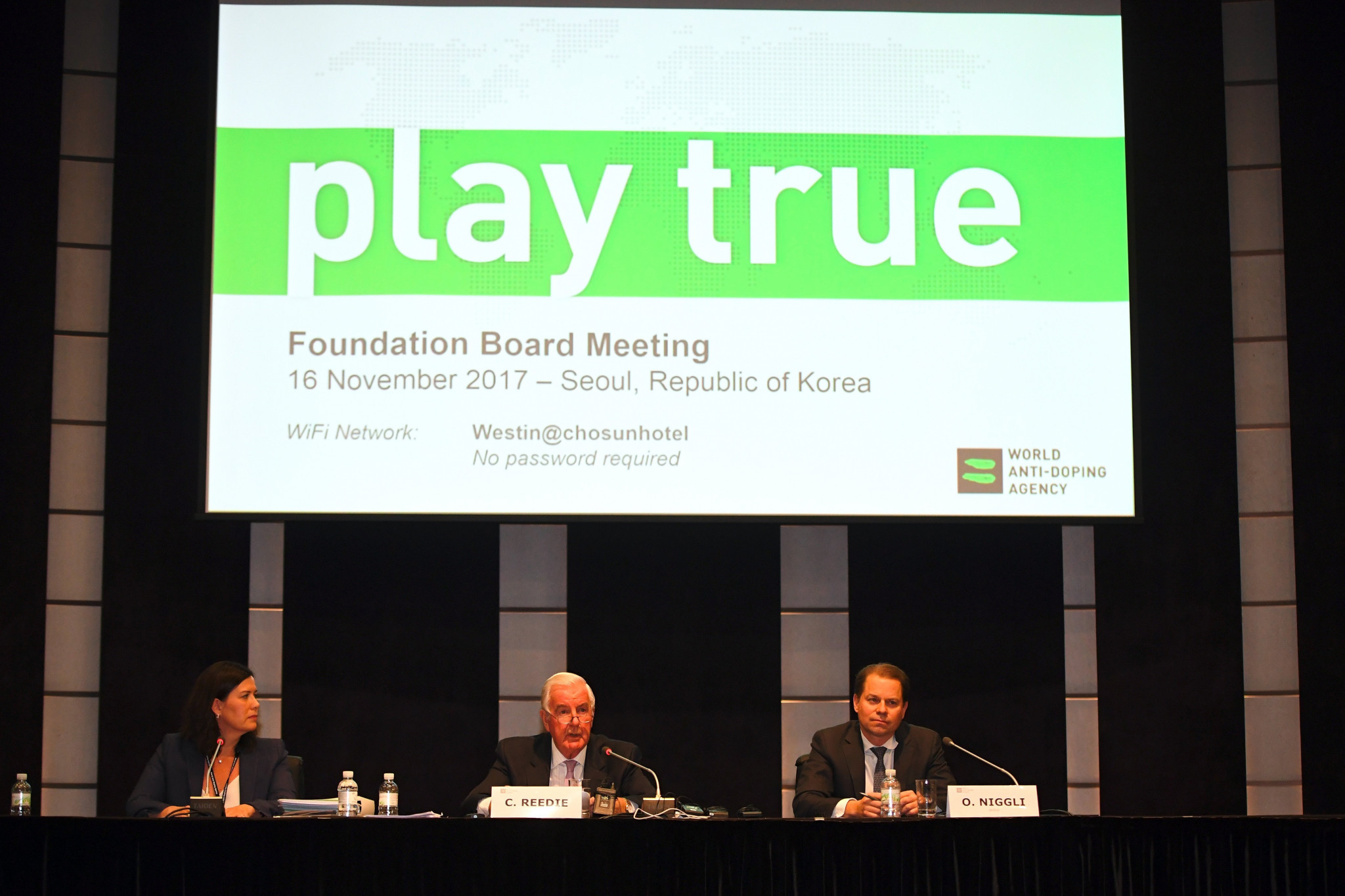 The World Anti-Doping Agency (WADA) have backed the International Olympic Committee's (IOC) decision to consider an appeal to the Swiss Federal Tribunal after the Court of Arbitration for Sport (CAS) quashed sanctions against 28 Russian athletes.

In the 28 cases, the CAS ruled "the evidence collected was found to be insufficient to establish that an anti-doping rule violation (ADRV) was committed by the athletes concerned".

The decision saw the athletes have their results from the Sochi 2014 Winter Olympics restored, while potentially offering them a chance to compete at Pyeongchang 2018.

However, the IOC have reiterated that "not being sanctioned does not automatically confer the privilege of an invitation" to the Games as part of the neutral Olympic Athletes from Russia team.

A further 11 Russian athletes saw their appeals partially upheld, with CAS stating that anti-doping rule violations were confirmed in these cases.

These athletes were successful in reducing their life ban from the Olympic Games to a just a ban from Pyeongchang 2018, however.

The IOC revealed yesterday that they may consider an appeal to the Swiss Federal Tribunal, having expressed "disappointment" that the CAS panels "did not take this proven existence of the systemic manipulation of the anti-doping system into consideration for the other 28 cases".

WADA have also noted with "serious concern" the decisions, asserting that "all 39 athletes were part of Russia's systemic doping programme".

"WADA understands that this decision will cause dismay and frustration among athletes," a WADA statement read.

"The Agency supports the IOC's intention to analyse these decisions very carefully and consider all options, including an appeal to the Swiss Federal Tribunal.

"The fact that the appeals by 11 athletes were rejected by CAS confirms the findings of the IOC's Schmid Commission, which was formed in July 2016 to investigate Russia's systemic manipulation of the doping control process.

"This manipulation had been exposed by the WADA-commissioned independent McLaren Investigation parts one and two.

"The McLaren investigations, the mandate of which was to confirm institutionalised manipulation of the doping control process, have been confirmed once again."

Sir Craig Reedie, the WADA President, has told insidethegames that it would be helpful if CAS now quickly prepared reports explaining the verdicts in two of the 39 cases.

WADA vice-president Linda Helleland yesterday told insidethegames she planned to propose an "independent" investigation into the entire process, which culminated in the decision of the CAS.

The Norwegian, a former Sports Minister who is now the Minister for Children and Equality, said the current situation is "chaotic" and "untenable" after the verdict was announced with just over a week until the Pyeongchang 2018 Opening Ceremony on February 9.

Several Russian officials have called for the IOC to admit the 28 Russian athletes to the Pyeongchang 2018 Winter Olympics.

It would be a considerable boost to the chances to Russian success, considering the likes of Sochi 2014 men's skeleton gold medallist Aleksandr Tretiakov and cross-country gold medallist Alexander Legkov are among those to have had sanctions overturned.

Valentina Matviyenko, speaker of the Russian Federation Council Upper House of Parliament, has added to the mounting voices from Russia.

"One would think that the IOC, which is supposed to enshrine the Olympic spirit, should have said we are glad that another 28 athletes can compete in the Olympics," Matviyenko said, according to Russian news agency TASS.

"But now I read that the IOC regrets the decision taken by the Court of Arbitration for Sport.

"Why does it regret?

"Are you already questioning the decision of the CAS that was set up exactly for these aims?

"Why do you assume the role of the judge, whose decisions cannot be questioned at all?

"This is an all-out violation of all international rules."