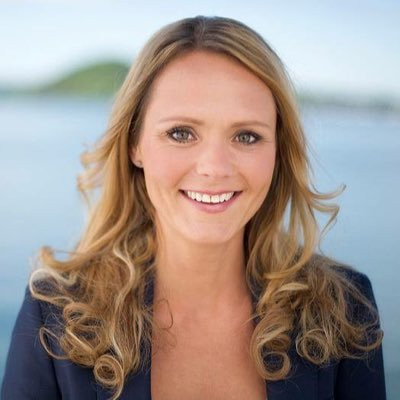 Clean athletes have lost all confidence in the anti-doping system and the organisations involved are "in danger of losing all credibility", World Anti-Doping Agency (WADA) vice-president Linda Helleland has claimed after she criticised the Court of Arbitration for Sport (CAS) decision to uphold the appeals of 28 Russians today.

In a highly-critical statement sent to insidethegames, Helleland revealed she planned to propose an "independent" investigation into the entire process, which culminated in the decision of the CAS.

The Norwegian, a former Sports Minister who is now the Minister for Children and Equality, said the current situation is "chaotic" and "untenable" after the verdict was announced with just over a week until the Pyeongchang 2018 Opening Ceremony on February 9.

The CAS upheld the appeals of 28 Russian athletes who contested the International Olympic Committee (IOC) decision to ban them from all future Olympic Games and disqualify their results from the 2014 Games in Sochi for their role in the doping scandal.

A total of 11 athletes had their appeals against the Sochi 2014 disqualification dismissed but have had their life suspensions annulled.

"Since the McLaren Report was published I have followed the different decisions, and consequences of the decisions, with deep concern," Helleland, elected WADA vice-president in November 2016, told insidethegames.

"The situation, which we now find ourselves, is very chaotic.

"Clean athletes and sport fans around the world have lost confidence in the system.

"The last couple of years people around the world have become frustrated.

"The situation is untenable."

Anti-doping organisations were critical of the IOC for not releasing the exact criteria Russian competitors would have to meet in order to be invited onto the neutral "Olympic Athletes from Russia" team at this month's Winter Olympics.

The IOC forced Russia to compete as neutrals owing to the "systematic manipulation" of the anti-doping system at Sochi 2014.

The IOC said the CAS decision does not necessarily mean the 28 Russians, which includes Olympic skeleton champion Aleksandr Tretiakov and cross-country gold medallist Alexander Legkov, can compete in Pyeongchang.

"It's time to stand up and clearly say this has to stop," added Helleland.

"This situation can't be accepted any longer.

"The different organisations are in danger of losing all credibility.

"And without credibility Governments around the world will start asking questions about how the funding is spent.

"Governments need to believe in the anti-doping system.

"A system with transparency and integrity."

Helleland has expressed her frustration as to how the scandal has unfolded, from the publication of the McLaren Report to the decision of the CAS.

It is not clear, however, what exactly her proposed independent investigation would entail.

"As the vice president of WADA, I will take an initiative to do an independent review of the processes of the anti-doping community," she said.

"And the findings must be the foundation on how we make sure that the rights of the clean athletes are protected.

"My main task as vice president of WADA is to protect the rights of the clean athletes.

"It's time for action.

Sir Craig Reedie, the WADA President, has told insidethegames that it would be helpful if CAS now quickly prepared reports explaining the verdicts in two of the 39 cases.

This will depend on whether Public Authorities, who provide 50 per cent of the agency’s funding, are prepared to accept successive annual increments of 15 per cent in both 2019 and 2020 and a further five per cent in 2021.

WADA believes that the extra funding is what is necessary to fulfil properly all the tasks it has now been assigned.

The money would help to pay for increased compliance monitoring, intelligence and investigations, the whistleblower programme and various other activities.