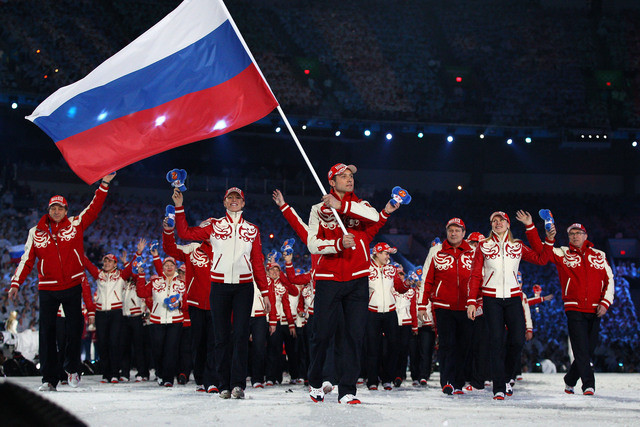 Russia's team of 169 athletes for next month's Winter Olympic Games in Pyeongchang 2018 has been confirmed, it was claimed today.

The team, announced in Moscow on Thursday (January 25), will not compete under its own flag and will be known as "Olympic Athletes from Russia" (OAR).

The final decision on their participation was taken in Lausanne following a meeting of the IOC OAR Invitation Review Panel.

Based on the number of competitors each country sent to Sochi 2014, the OAR will be second in size only to the United States and Canada.

"The IOC today officially registered athletes and the list of the Russian delegation in its system, now they are de facto in it, and from that moment they can start receiving accreditation," Russian Olympic Committee first vice-president Stanislav Pozdnyakov told the country's official state news agency TASS.

Two-time world figure skating champion Evgenia Medvedeva and defending European champion Alina Zagitova are among the high-profile names on the OAR team for the Games.

They will be joined by the likes of Ilya Kovalchuk and Pavel Datsyuk, two of the country's best-known ice hockey players.

Athletes excluded include short track speed skater Viktor Ahn, leading biathlete Anton Shipulin and cross-country skier Sergey Ustiugov, all of whom have been excluded despite never having been publicly implicated in the doping investigation before.

Others to have missed out include the 43 athletes disqualified from Sochi 2014 and banned from competing at the Olympic Games for life by the IOC Oswald Commission.

Thirty-nine of these are appealing to the Court of Arbitration for Sport in the hope of getting their suspensions overturned.

A week of hearings concluded in Geneva today.

Decisions are due to be announced between next Tuesday (January 30) and Thursday (February 2).

The ROC had initially submitted a "pre-registration pool" of 500 athletes for Pyeongchang 2018.

The IOC OAR Invitation Review Panel, however, excluded 111 athletes because of their links to doping.

There remained fears, though, that the number of Russians competing at Pyeongchang 2018 could still number nearly 200 - only slightly less than the 214 who had taken part at Sochi 2014.

The figure of 169 nevertheless is still the fourth biggest representation that Russia have had at the Winter Olympics since they started competing as a separate country at Lillehammer 1994.