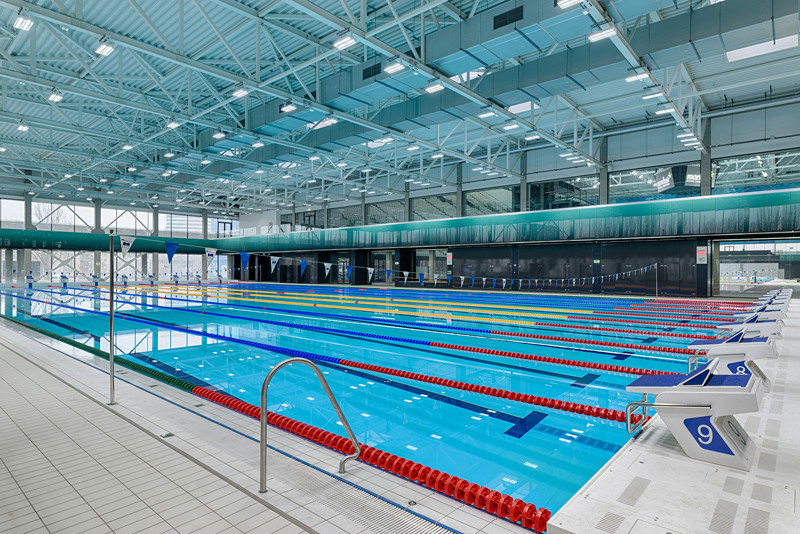 Several members of the Organising Committee for the Paris 2024 Olympic and Paralympic Games have visited the Duna Arena in Budapest.

Paris 2024 regard the Duna Arena, which hosted the International Swimming Federation 2017 World Aquatics Championships, as a model for their new aquatics facility.

They believe that "the Hungarian construction team set an excellent example to the world in terms of both quality and swiftness".

Budapest was one of Paris' bidding rivals for the 2024 Games before dropping out of the race.

The Duna Arena, which is currently having its capacity reduced from 12,400 to 6,000 as part of its sustainability legacy following the 2017 Championships, had previously been visited by the organisers of the Tokyo 2020 Games for similar reasons.

During the Paris 2024 delegation's visit, technical director of the Games' Organising Committee, Anthony Piqueras, said: "The Duna Arena may be a model for all aquatics arenas to be constructed in the future, thus also for the venues of the swimming, diving, synchronised swimming and water polo competitions of the Paris Olympic and Paralympic Games, since it is a splendid facility, perhaps even one of the best competition pools.

"It is also a good example of how such buildings can be adapted for a smaller number of spectators after the Olympics, for example, and how a sports facility may be used by the public and athletes as well.

"Sustainability, which was in focus in both the planning and the construction phase of the Duna Arena, is also a fundamental aspect of the preparation of the Paris Olympic Games."

Balázs Fürjes, a member of the FINA World Aquatics Championships Organising Committee, who was chairman of the Budapest 2024 Olympic bid, added: "It [Duna Arena] is not only possibly the best but also the fastest swimming pool in the world, since in no other pools do swimmers set as many world records just one year after the Olympic Games as in Budapest.

"It is a great honour for us that Paris regards Budapest as a model and that French experts have come here to learn from a 100 per cent Hungarian success - the arena was designed and constructed by Hungarians in world record time."

The Duna Arena will host more aquatic events in the near future including the 2019 World Junior Swimming Championship.

Paris were named as hosts of the 2024 Games after a historic International Olympic Committee (IOC) double decision awarded the 2028 Games to Los Angeles at the same time.

The IOC were left with just a two-horse race for the earlier edition after Budapest withdrew in March amid a petition from campaign group Momentum Mozgalom, which called for a referendum on the bid and received more than 250,000 signatures.

In face of the opposition, Hungarian Government officials opted to withdraw the bid.