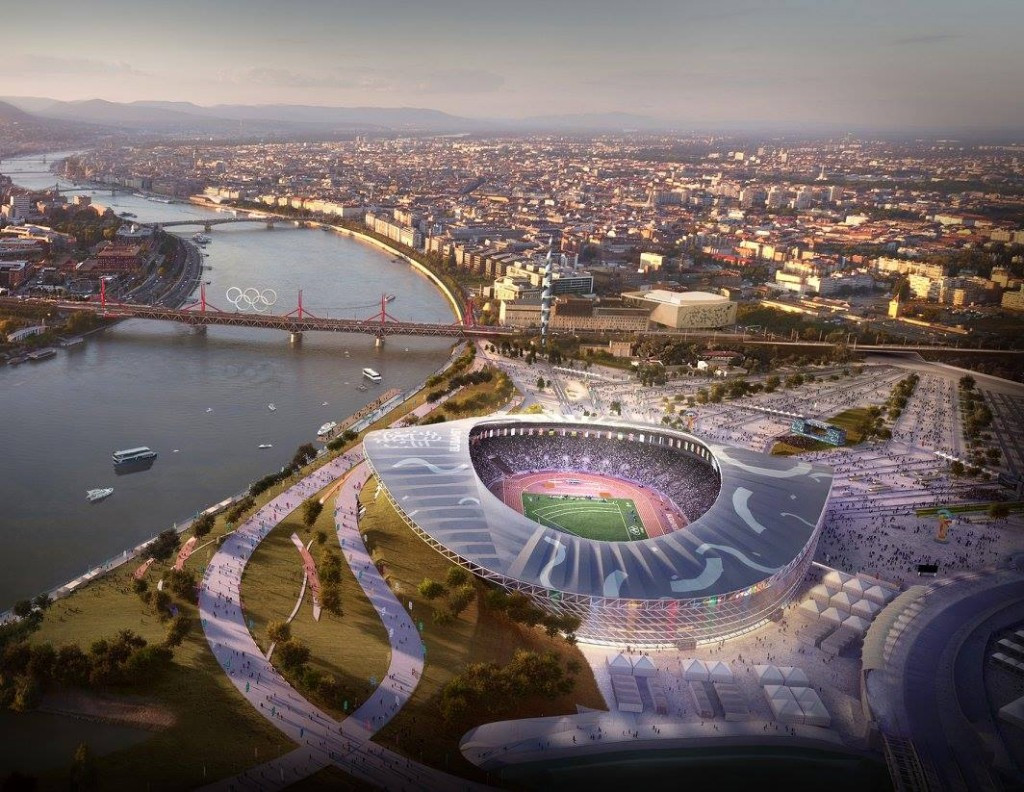 Budapest 2024 has released new computer-generated imagery of venues which will be used if they are successful with their bid for the Olympic and Paralympic Games.

The images include the Aquatics Centre, due to host next year’s International Swimming Federation (FINA) World Championships, and the Olympic Park.

The Olympic Park is the largest of the seven clusters due to be in place if Budapest triumphs in the race for the 2024 Olympics and Paralympics.

It features nine competition venues, which will play host to 10 sports, as well as the Athletes’ Village, providing provide 16,500 beds in 12 modern, medium-rise blocks.

The Media Village is also set to be located on the Olympic Park in the Hungarian capital.

Budapest 2024 claim its proximity to the River Danube, the longest river in the European Union region, “perfectly aligns” with the sustainability goals outlined in the International Olympic Committee’s (IOC) Agenda 2020 reform plans.

Bid officials also say it is in a “fantastic location for easy access to the rest of the city”.

“We feel this is a right-sized Olympic Park, appropriate for a new era of the Olympic Movement,” said Attila Mizsér, director of sport and venues at Budapest 2024.

“This compactness is reflective of our concept as a whole – the average travel time for athletes from the Olympic Village to their sport venue is a remarkable 12 minutes.

“We are very lucky that we have been able to make maximum use of the naturally accessible geography of the city to eliminate traffic delays for athletes, spectators and the wider Games Family.

"We also have athlete training facilities onsite at the Olympic Village in six temporary buildings.”

The Aquatics Centre is “nearing the final stage of completion”, according to Budapest 2024, as it prepares to host the 2017 FINA World Championships from July 14 to 30.

It is described as the “jewel in the crown” of Budapest 2024’s Olympics master plan, and will be located in the city centre.

Images of the venues have been released by Budapest 2024 today to mark the Hungarian capital progressing to the third candidature phase.

The IOC put forward Budapest, Los Angeles and Paris to the next stage during its Executive Board meeting earlier this month.

“The Budapest Aquatics Centre is being completed in a record-breaking two years making this the first Aquatics World Championships where the first record will be set on dry land, by the construction team,” Budapest 2024 chairman Balázs Fürjes said.

“This will by no means be the first time that Budapest has completed a challenging project on time and to budget - all to a very high standard.”

The IOC will elect its chosen host city at its Session in Lima on September 13.