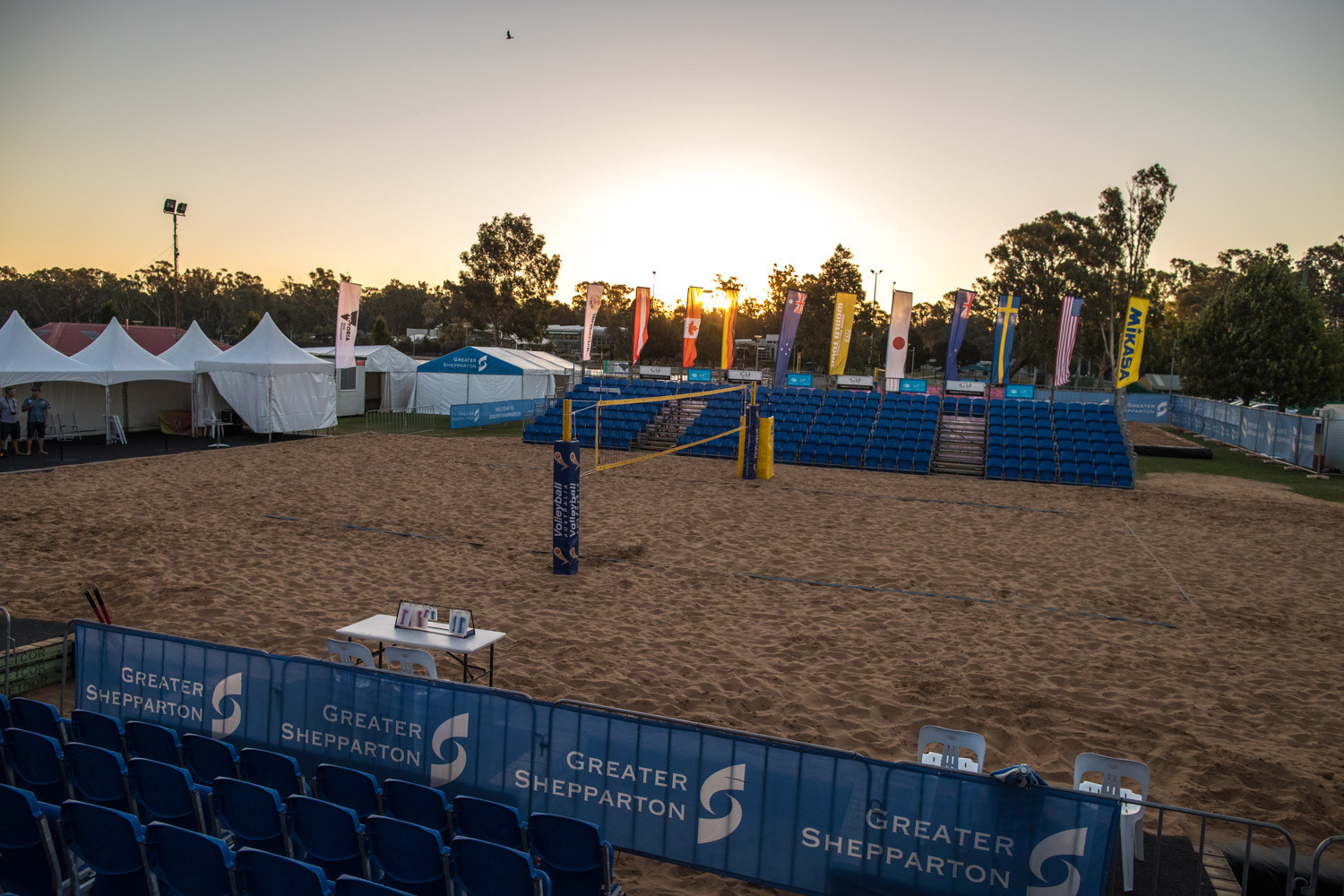 Australian city Shepparton is set to host the International Volleyball Federation (FIVB) Beach Volleyball World Tour for the second time in under a year this week.

A total of 50 teams comprising of 26 men’s and 24 women’s pairs from 17 different countries have registered to take part in the competition at the purpose-built beach volleyball stadium in Victoria Park from tomorrow until the finals on Sunday (February 4).

A 16-team in each gender category will feature a modified pool play system in which the top three teams in each four-team pool progress into single elimination.

Twelve pairs will be seeded directly into the main draw with the remaining four sports allocated after qualification matches are played on day one of the tournament.

The latest stop on the FIVB Beach Volleyball World Tour - this is a one star event - will also see a trial for the new block touch rule, which, according to the FIVB "mandates the block contact with the ball not to be counted as a team hit, thus allowing for three more touches before the ball is returned".

Australian athletes will headline the men’s draw with Christopher McHugh and Damien Schumann, winners of this tournament last March, among the favourites for the tournament alongside Cole Durant and Zachery Schubert.

Miller Pata and Linline Matauata of Vanuatu have been given the number one seeding for the women’s competition, despite only having a World Tour-best finish of fourth, which they achieved at the 2016 Fortaleza Open.

New Zealand pairing Marie Polley and Kelsie Wills and home athletes Phoebe Bell and Jessyka Ngaguamo are likely to be their closest challengers.