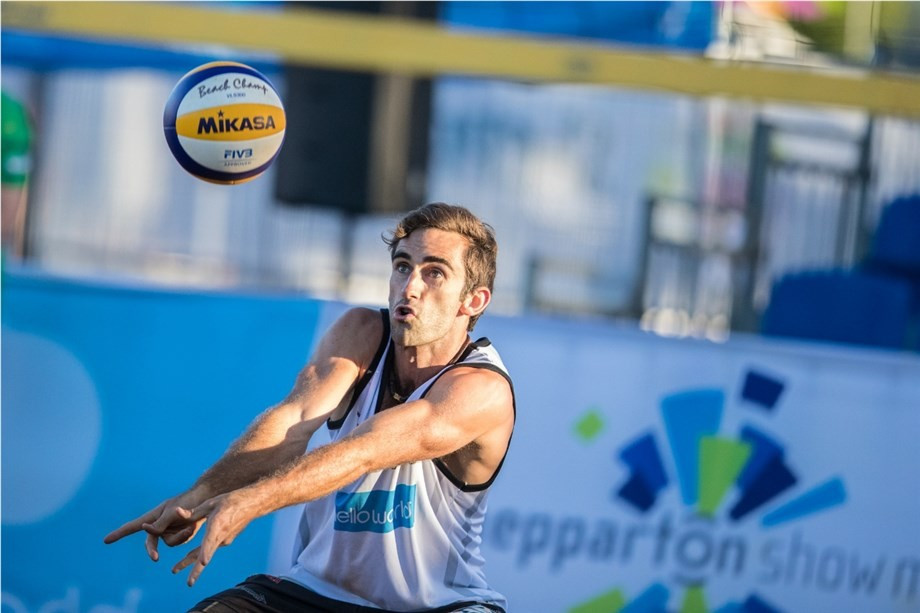 Having won their semi-final earlier in the day against the United States’ Adam Roberts and Martin Lorenz 21-11, 21-19, McHugh and Schumann triumphed 21-18, 21-18 to secure top honours.

The pair have come together because their regular playing partners are both injured, but Schumann said he was enjoying playing with his former rival.

"For one thing, it's much nicer being on this side of the net and not having to try and avoid his missiles," Schumann said.

McHugh was competing in his first tournament since surgery late last year.

"It's been a few months of recovery now, and it feels really good," he said.

"Damien and I have been playing against each other since we were about 16, so we’ve finally got a chance to come together to see what we can do."

On the women’s side, Canada’s Julie Gordon and Camille Saxton won gold in just their second major event together.

The pair proved too strong for Germany's Kim Behrens and Anni Schumacher in the final, winning 21-17, 21-14.

It followed a comprehensive 21-10, 21-17 victory over another German duo, Leonie Kortzinger and Sandra Seyfferth, in the semi-finals.

"We had a great time building our game every match," Gordon said.

"We're still not quite happy, but we are looking forward to the next event.

"We are aiming to be together for the long term, with the World Championships this year and the Commonwealth Games next year our goals."

Saxton added: "We still have a lot of growing to do as a team, communication and working out where each other is on the court all the time, but we're very excited how well we have come together.

"We did struggle at times, but there is stuff to build on and stuff to learn from."

Australian top seeds Nicole Laird and Phoebe Bell were able to bounce back from their disappointing 22-24, 10-21 semi-final loss against Behrens and Schumacher to beat Kortzinger and Seyfferth 21-14, 21-16 in the bronze medal match.