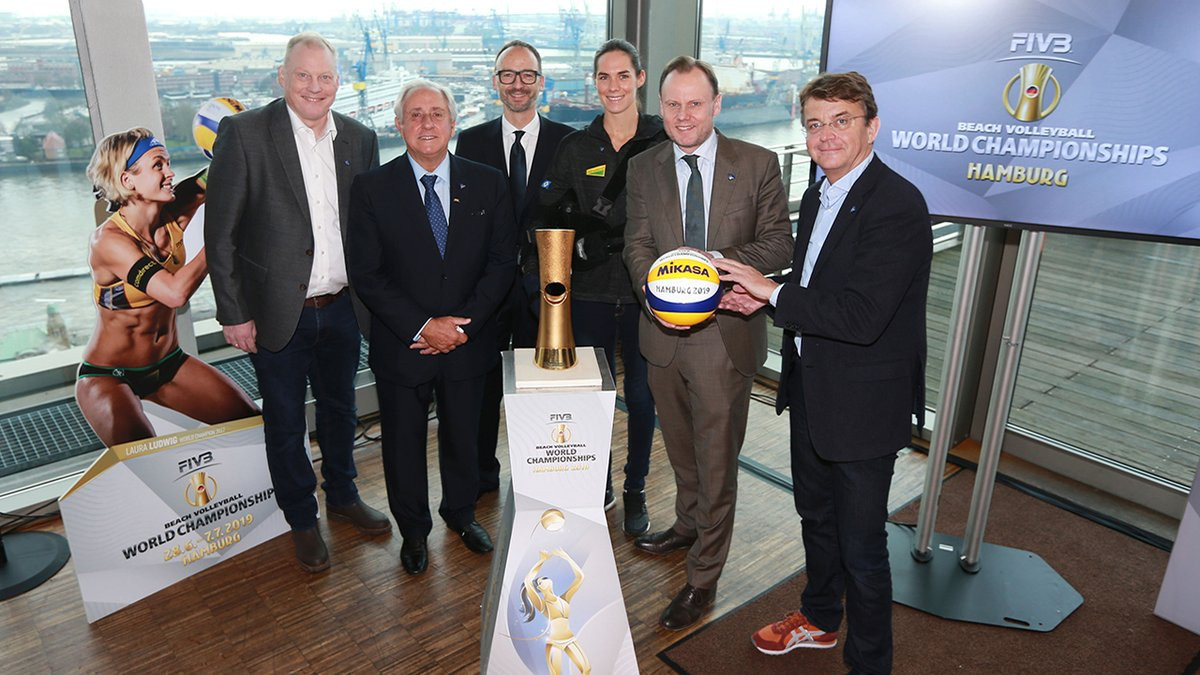 German city Hamburg has been awarded the 2019 edition of the Beach Volleyball World Championships.

The flagship event will provisionally take place between June 28 and July 7 following the decision by the International Volleyball Federation (FIVB).

Forty-eight teams will be in action with places at the Tokyo 2020 Olympic Games also due to be up for grabs.

Hamburg, which bid for the 2024 Olympic Games before withdrawing following a referendum defeat, is no stranger to major beach volleyball tournaments.

The northern port city staged last year's World Tour Finals and will do so again in August, marking the first time one venue has staged the competition two years running.

Germany will stage the event for the second time after capital Berlin played host in 2005.

"I have no doubt that the city will be an excellent host for the 2019 Beach Volleyball World Championships, and will build up on the success of the 2017 edition staged in Vienna," said FIVB President Dr. Ary S. Graça.

"This event always demonstrates the FIVB's core principles of skill, athleticism and teamwork, acting as one to achieve the ultimate success."

Ludwig is missing the 2018 season as she prepares to give birth to her first child.

"It is going to be an amazing opportunity for Hamburg to show to the world how much beach volleyball means to the people of this city," she said.

"Hamburg's reputation for the sport has already grown significantly and, with another World Tour Finals planned this year plus the World Championships next year, this status will be enhanced even further.