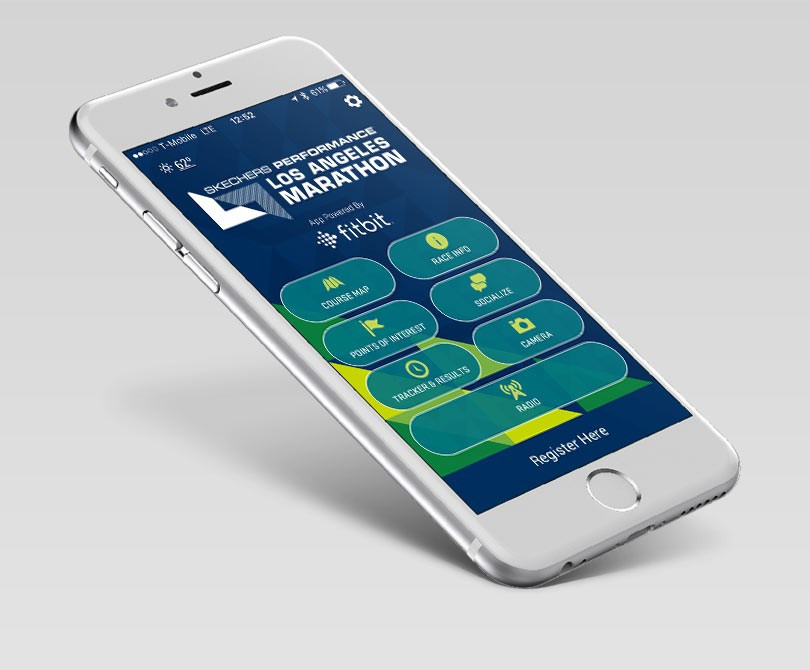 A record field of 24,000 at the Skechers Performance Los Angeles Marathon tomorrow is expected to showcase the city's bid to host the 2024 Olympic and Paralympic Games.

More than half-a-million spectators are expected to line a 26.2 mile course billed as "Stadium to the Sea", starting from Dodger Stadium and finishing on Santa Monica Pier.

It will be the fourth largest marathon in the United States and the 10th largest worldwide.

The race will help illustrate some of the technical innovations that an Olympic and Paralympic Games in 2024 in California could include.

This includes an unprecedented partnership with social messaging platform Snapchat that will give runners and spectators a unique way to commemorate their experiences on social media.

There will be more than 40 on-demand Snapchat geofilters specially-designed for the race themed around the course.

Los Angeles Marathon officials claim it will be the longest on-demand geofilter initiative in Snapchat history, at approximately 27 miles.

Los Angeles 2024 had partnered with Snapchat in February 2016 to offer local citizens in select neighbourhoods special geofilters which allowed them to decorate their photo and video snaps with the then newly-launched bid logo.

"We’re proud to continue our tradition of innovation and ingenuity," said Tracey Russell,  chief executive of of Conqur Endurance Group, organiser of the Los Angeles Marathon.

"This is an exciting way for our athletes, spectators and the Los Angeles community to engage with one another on social level while simultaneously setting a world record."

Kenya's Weldon Kirui is due to defend his title after crossing the line first in last year's race in 2 hours 13min 06sec, the slowest winning time on this course, but a remarkable performance considering he was racing in borrowed shoes and kit after the airline lost his luggage on the way to the event.

The 2016 race had to be postponed by 30 minutes last year because temperatures were so hot.

Conditions are expected to be cooler this year with temperatures forecast to be in the mid-70s by the finish.

Kirui's rivals are expected to include compatriots Daniel Limo, the winner in 2015 and third last year, and Willy Koitile, the runner-up 12 months ago.

The favourites are expected to include Ethiopia's Biruktayit Degefa, fourth in Los Angeles in 2014, America's Heather Lieberg fifth in 2015 and Kenya's Sarah Kiptoo, making her debut here.