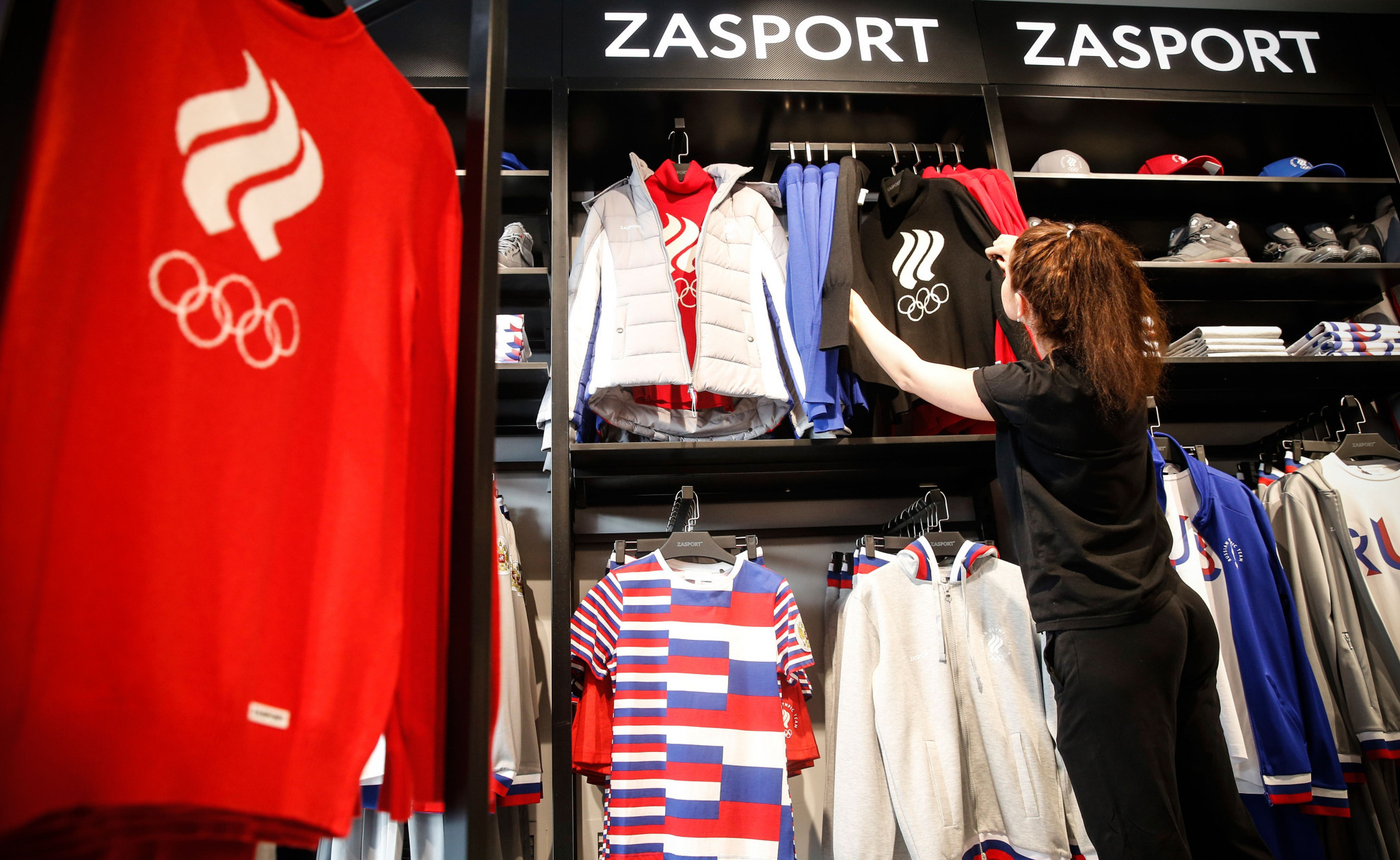 Russian athletes competing as part of the neutral team at Pyeongchang 2018 cannot accept their country's flag from a spectator and must sign an "integrity declaration form" or risk having their accreditation for the Games withdrawn, the International Olympic Committee (IOC) has warned.

The IOC today published a set of "conduct guidelines" for the Olympic Athletes from Russia (OAR) team at next month's Games.

The document contains a series of stringent rules and regulations only those part of the OAR delegation must adhere to, in addition to those already disclosed in the Olympic Charter.

It includes a ruling which prohibits them from taking a Russian flag, emblem or symbol if offered one by a fan at any Pyeongchang 2018 venue.

Athletes on the OAR team are urged to "refrain from any public form of publicity, activity and communication" associated with the flag, anthem, any emblem, including that of the suspended Russian Olympic Committee (ROC), on any Olympic site or on social media.

This includes retweets and reposting, the IOC said.

"Alternate" victory ceremonies for Russian athletes, which may include the singing of the anthem and display of emblems from the nation, are also banned.

The IOC has warned that the OAR delegation, including athletes and officials, must be referred to only as OAR, Olympic Athlete from Russia or the OCP, the cyrillic for OAR, on social media.

The OAR team will also only be able to wear uniforms which complies with the previous guidelines set out by the IOC.

Russian kit will not be sold at any Pyeongchang 2018-related venue or facility as there is "no Russian Olympic team" competing at the event.

OAR members will, however, be allowed to display the Russian flag in their bedrooms providing it is not "publicly visible".

Those who fall foul of the rules could see their accreditation "revoked or withdrawn" for the Games, scheduled to run from February 9 to 25.

It is not clear how exactly this will be policed, however.

The integrity form is a key part of the guidelines and must be signed by every OAR member, including officials and coaches, in order for them to be able to attend.

It features a declaration that they have never been suspended or found guilty of an anti-doping rule violation.

They must also not be under suspicion or investigation for any doping offence.

This is similar to the criteria outlined by the OAR Invitation Panel, which has the final say on the Russian athletes cleared to compete.

The release of the guidelines comes after the ROC revealed 169 athletes have been put forward for inclusion on the neutral team and follows the Invitation Panel publishing the exact eligibility criteria competitors from Russia must meet in order to participate at Pyeongchang 2018.

Their failure to do so previously attracted criticism from a group of 19 National Anti-Doping Organisations, who questioned why it had not yet been revealed.

The IOC confirmed yesterday the Russian flag was not banned from Pyeongchang 2018 and fans would be free to wave it at venues.

The IOC has also warned failure to comply with the guidelines could have an impact on whether or not the suspension of the ROC is lifted in time for the team to march under the Russian flag at the Closing Ceremony.

The ROC, suspended by the IOC in December, have been tasked with communicating the guidelines to all accredited members of the OAR delegation.

A taskforce chaired by IOC deputy director general Pere Miró and sports director Kit McConnell will oversee the implementation of the rules before and during Pyeongchang 2018.

They will then provide a report to the OAR Implementation Group, led by IOC Executive Board member Nicole Hoevertsz.

"The IOC will monitor the application of these guidelines prior to and during Pyeongchang 2018 and will provide a complete report to the Executive Board," the IOC said in a statement.

"Adherence to all existing IOC and Pyeongchang 2018 Organising Committee rules and policies and these guidelines will be evaluated and considered when the IOC Executive Board takes the decision to partially or fully lift the suspension of the IOC."