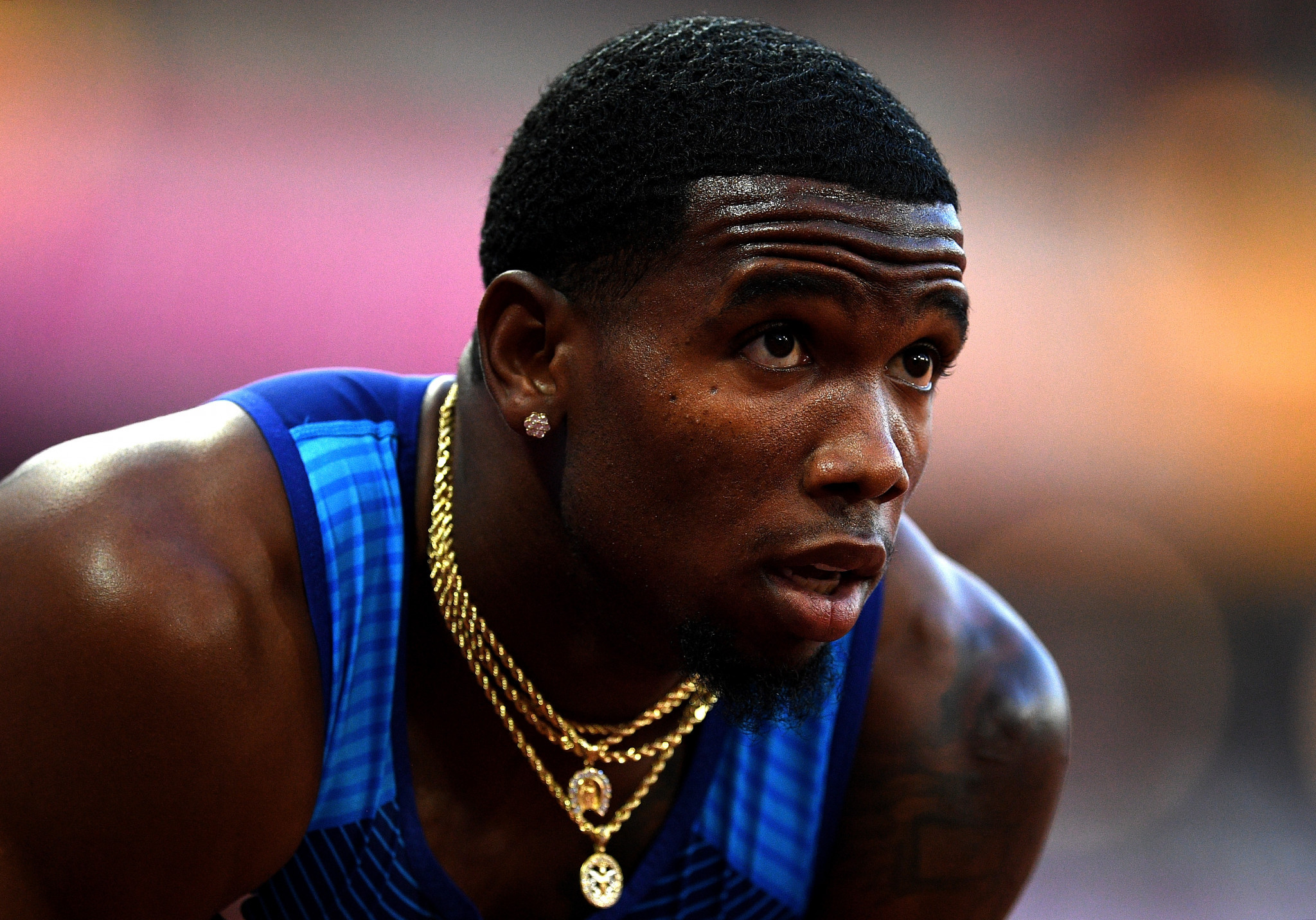 Olympic champion sprinter Gil Roberts, who successfully argued last year that a doping violation had been the result of him "frequently and passionately" kissing his girlfriend, is free to compete following the failure of an appeal against that decision by the World Anti-Doping Agency (WADA).

The Court of Arbitration for Sport (CAS) has dismissed the WADA appeal against the decision made by the American Arbitration Association (AAA), who cleared Roberts on July 10 last year.

Roberts - a United States 4x400 metre gold medallist at the Rio 2016 Olympics - said he ingested probenecid from kissing his girlfriend, who was taking medication for a sinus infection.

Probenicid is a specified substance in the class of diuretics and masking agents on the WADA list of prohibited substances.

The sprinter insisted that he had no way of knowing he was exposing himself to a doping violation, adding that the traces which showed up in an out-of-competition test had been due to the fact that he had been kissing his girlfriend, Alex Salazar, shortly after she had begun taking capsules of moxylong, purchased in India.

The AAA panel originally cleared Roberts after being persuaded that the medicine used by Salazar contained probenecid, which is not water soluble and binds to protein.

"Thus, everyday some of the probenecid poured into her mouth stayed in her oral cavity binding to her tongue, gums, cheeks, etc," the AAA stated.

"Starting after she arrived back in the United States on March 17, 2017, she started visiting Roberts, and whenever they were together they kissed frequently and passionately.

"This arbitrator is persuaded by Dr. Kintz' testimony that bits of the probenecid that remained in her mouth after she took her medicine could and did move to his mouth through their frequent passionate kissing."

An initial report from the US Anti-Doping Agency read: "On March 24, 2017, the date of the drug test, Ms. Salazar arrived at Roberts' apartment near noon.

"She did not tell Roberts what she was doing and he did not see her take the medicine.

"She opened the capsule, poured the contents in her mouth, then washed it down with water.

"Shortly thereafter she found Roberts and started kissing him."

WADA claimed that Roberts showed negligence in allowing the substance to enter his system.

"I'm like, how can I be negligent for kissing my girl?" Roberts told The New York Times.

"There could have been tongue kissing, but it was more that she kissed me so soon after taking the medicine."

Salazar said that she contracted the sinus infection from a family vacation to India and saw a "chemist" who gave her a 14-day regimen of antibiotics that are now out of production.

She added that she prefers not to swallow pills so she put the contents of each capsule onto her tongue.

She also mentioned the frequent and passionate kissing at the CAS hearing in New York.

Passport stamps, receipts and more information were provided to the arbiters.

A doctor from the University of Strasbourg was flown in from France to testify about a 2009 case where tennis player Richard Gasquet had traces of cocaine in his system after kissing a woman at a Miami nightclub before playing in a tournament.

The CAS arbitration panel of Hugh Fraser, from Canada, Britain's Michael Beloff QC and Jeffrey Benz of the US unanimously determined "that the athlete met his burden as to identifying the source of the substance - i.e. through kissing his girlfriend shortly after she ingested medicine which contained probenecid".

The judgement continued: "The factual evidence presented before the CAS Panel, involving several witnesses, was consistent and convincing and could not be contradicted by the scientific evidence proposed by WADA.

"It was also established that the low amount of probenecid found would have had no effect as a useful masking agent.

"All relevant elements in this case showed that the ingestion of probenecid was accidental on a balance of probabilities and, therefore, the CAS Panel found no grounds to impose a period of ineligibility on the athlete."