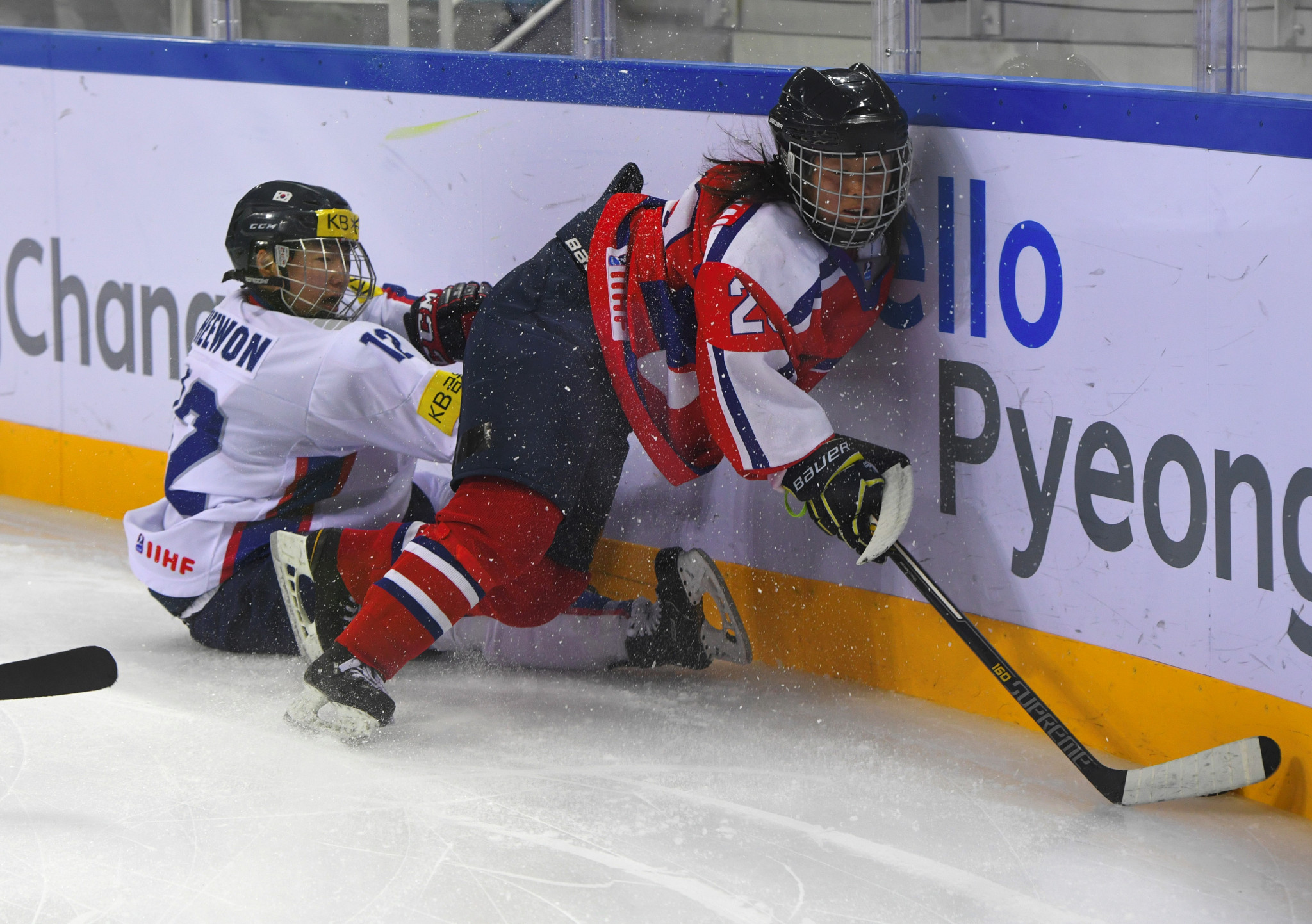 There is also criticism in South Korea about the decision.

An online petition urging the Government not to form the joint team has now reportedly received over 40,000 signatures.

Under the plans, which were confirmed following a meeting yesterday in Lausanne chaired by International Olympic Committee (IOC) and involving North and South Korean delegations, 12 players from the North will participate alongside 23 from the South.

A squad of 22 of the 35 players will feature in each game, with at least three of these having to be North Korean.

They will compete under the name "Korea", with the unification flag displayed.

Wickenheiser, a four-time Olympic ice hockey gold medallist for Canada elected to the IOC Athletes' Commission in 2014, did not dispute that there are benefits to the idea.

"From a global world peace perspective if the two countries can broker peace through these talks and the composition of the women’s team, then great," she told insidethegames today.

"My only issue is having the South Korean women's team make this last-minute alteration to their team composition, but not requiring the same of the men, is clearly not an example of promoting/supporting gender equality in the Olympic Movement."

Angela Ruggiero, the IOC Athletes' Commission chair and winner of four ice hockey medals for United States, has not yet responded to insidethegames' request for a reaction.

A Gallup Korea opinion poll last week cited the issue as the primary reason why the approval rating of President Moon Jae-in had dropped to 67 per cent.

According to the Korea Times, a petition containing 40,000 signatures has been filed to the Blue House, the official residence of the South Korean Government, in a bid to overturn the decision.

"South Korean athletes will fall victim to the Government's decision to form the joint hockey team at a time when the Olympics is only a few weeks away," Liberty Korea Party representative Na Kyung-won told the Korea Times.

"Their years-long effort has come to nothing overnight due to political reasons.

"It is not fair for the Government to push ahead with the plan."

International Ice Hockey Federation President René Fasel was among those to defend the decision.

"The impact this decision will have is going to be so big for women's hockey," he told insidethegames.

"The message for the people and for the Olympic values is so important.

"I can imagine that, in North and South Korea, they will remember this for years.

"They will remember that sport is not only about medals, winning, doping and match-fixing, but about the values of friendship and respect."