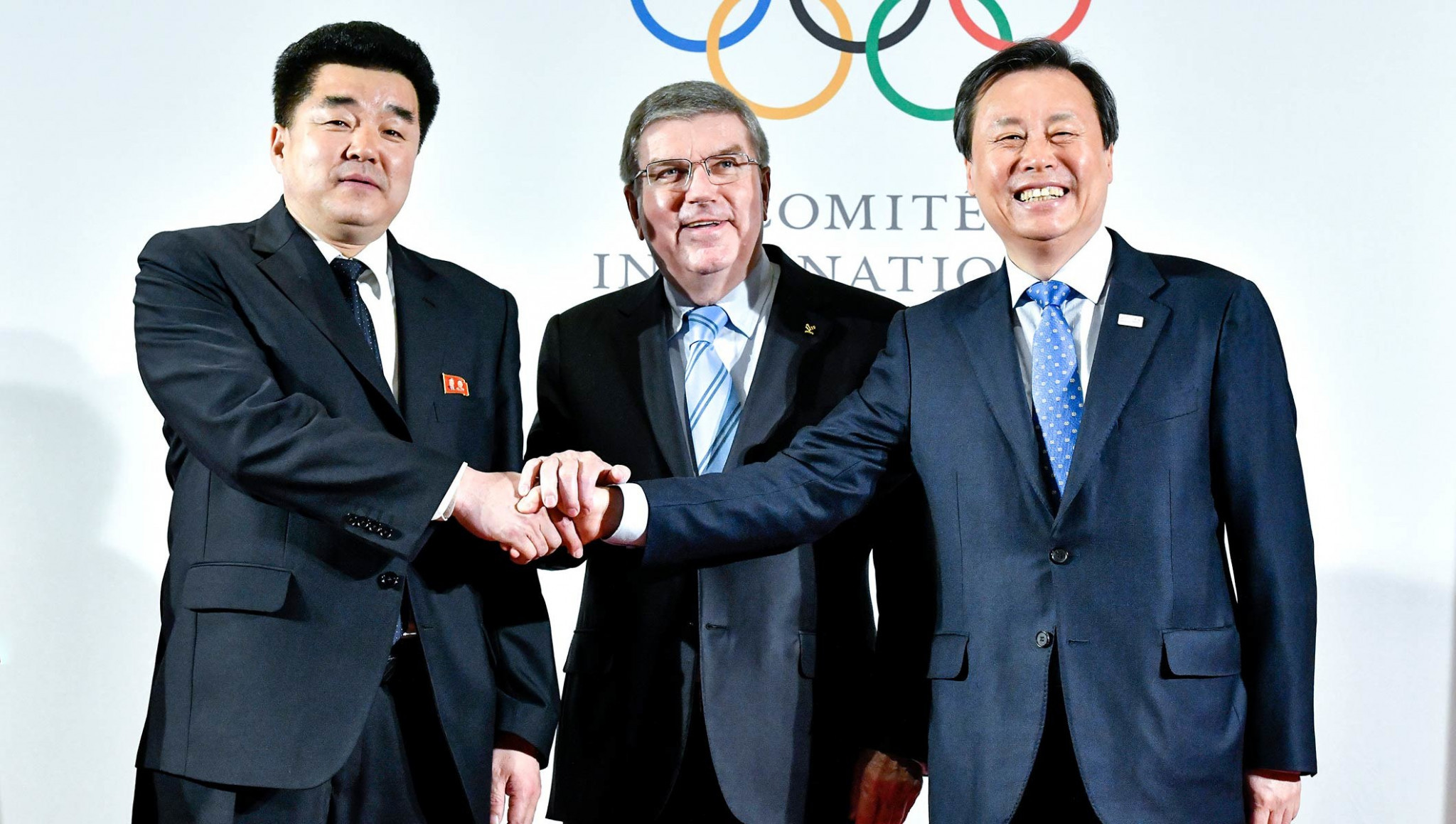 Twenty-two North Koreans will participate at the Pyeongchang 2018 Winter Olympic Games in three sports and five disciplines, it has been approved at a four-party meeting here today.

The athletes includes a unified Korean women's ice hockey team, making it the first time that the two nations have ever competed together as one team at the Olympic Games.

They will march as "Korea" at the Opening Ceremony under the unification flag, where there will be a male and a female flagbearer representing both countries.

The acronym "COR" will be used for here and for the ice hockey team but athletes will compete separately in all other events.

"The Olympic spirit is about respect, dialogue and understanding," said Bach in a post-meeting statement.

"The Olympic Winter Games Pyeongchang 2018 are hopefully opening the door to a brighter future on the Korean peninsula, and inviting the world to join in a celebration of hope.

"The Olympic Games show us what the world could look like, if we were all guided by the Olympic spirit of respect and understanding.

"This is the Olympic message that will go from Pyeongchang to the world."

At least three North Korean players will feature in each match but South Korea's Canadian coach Sarah Murray will be in charge of the team.

They will compete as Korea under the unification flag and the anthem "Arirang", a traditional Korean song often considered an unofficial national anthem which is estimated to be 2,000 years old.

Pairs figure skater Ryom Tae-ok and Kim Ju-sik, bronze medal winners at last year's Asian Winter Games, are the only North Koreans to qualify for Pyeongchang 2018 by right, although they needed to be awarded an extra quota place after a deadline set by the International Skating Union to register them for the Olympics was missed.

All others would have not qualified otherwise and have benefited from additional quota places.

Jong Kwang-bom and Choe Un-song will race in the men's 1,500 and 500 metres short-track events.

The names of ice hockey players are yet to be announced.

Any "necessary technical equipment" will be provided to athletes by the IOC in "cooperation with the International Federations", and will be made available on site.

There was no mention made today of a possible Pan-Korean bobsleigh team participating only in training runs before the Games.

The team, while historic, has not been universally praised, with Bach ignoring shouts of "Is [North Korean leader] Kim Jong-un using the Olympics?" as he left the room afterwards without taking questions.