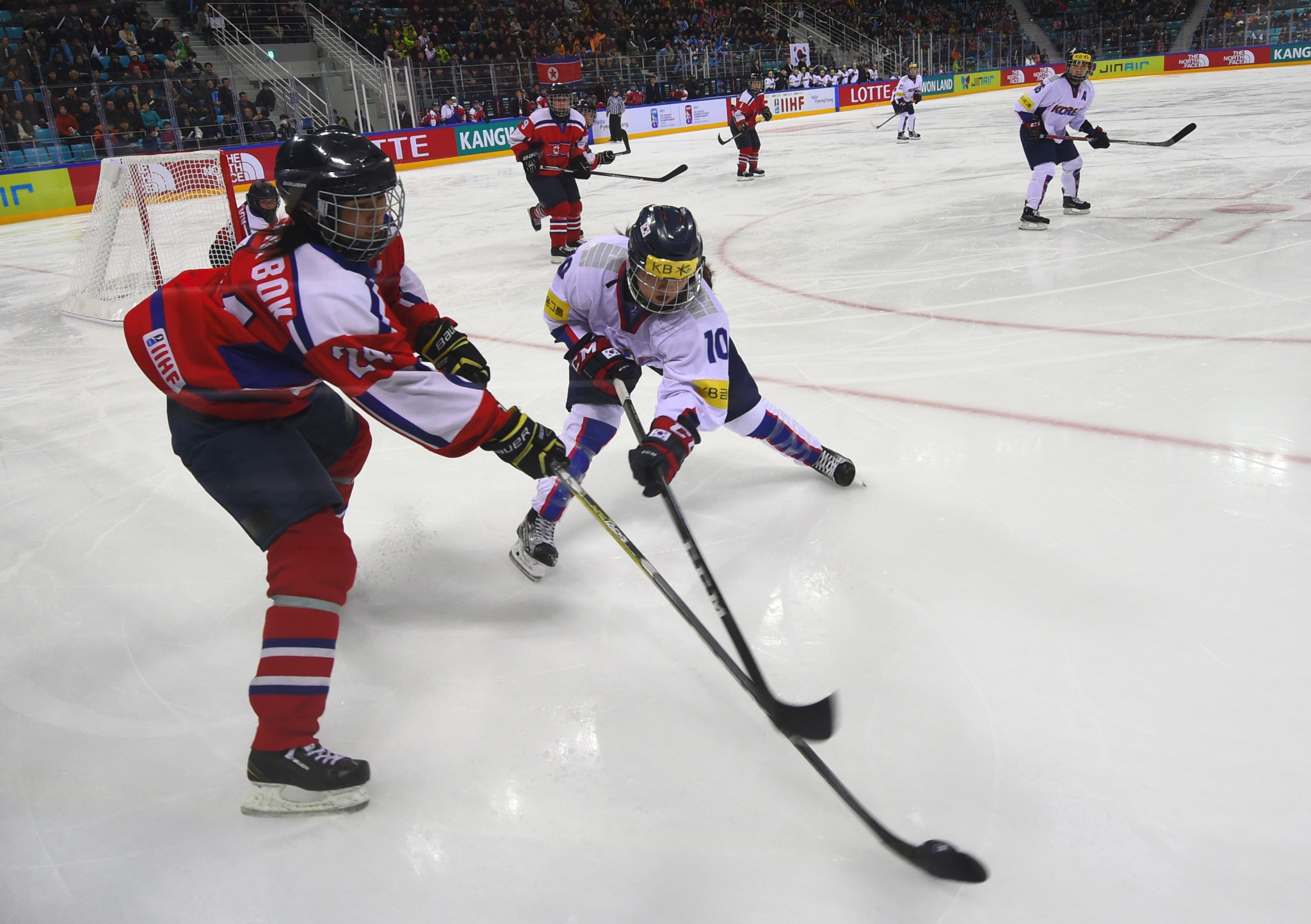 South Korean women's ice hockey coach Sarah Murray has criticised a proposed joint team with North Korea at next month's Winter Olympic Games in Pyeongchang after claiming it would be damaging to her players.

Murray, who revealed she was not informed about the plans by the South Korean Government and only learned of the proposal on Sunday (January 14), was also critical of the timing of the announcement.

The American said she was "shocked" that it was only made public last week, less than a month until the Opening Ceremony on February 9.

South Korea are due to open their women's ice hockey campaign against Switzerland the following day.

Murray, who claimed the addition of North Korean players would be "dangerous" for the team's chemistry, said she did not entirely disagree with the idea but argued it should have been implemented "two or three years" ago rather than mere weeks before the Games.

Concerns have previously been raised about the impact a joint team would have on the host nation's players but Sports Ministry officials have insisted the presence of North Koreans in the squad would not come at the expense of those from South Korea.

Murray's comments come amid growing opposition to North and South Korea competing together in women's ice hockey at Pyeongchang 2018, however.

An unnamed official with the South Korea Ice Hockey Association told Reuters they felt the plan was "absurd" and that others were "furious" with the idea.

A survey released by the office of the National Assembly Speaker and television network SBS revealed 70 per cent were against the proposal and urged the South Korean Government to drop the plans.

insidethegames exclusively revealed last week that a joint Korean ice hockey team was among the motions due to be discussed at a four-party meeting on North Korea's participation at the Winter Olympics on Saturday (January 20).

"I think there is damage to our players," Murray said, according to South Korean news agency Yonhap.

"It's hard because the players have earned their spots and they think they deserve to go to the Olympics.

"Then you have people being added later.

"It definitely affects our players.

"I am kind of shocked this happened so close to the Olympics.

"When rumours were going around about this happening, I didn't really believe it.

"And it's getting more and more serious now."

In a bid to ease any fears, the Korean Sport and Olympic Committee (KSOC) are hoping to expand their squad size from 23 to 35 to accommodate athletes from North Korea.

They are also relying on the acceptance of other competing nations in the women's ice hockey tournament as an expanded team would effectively give them an advantage.

Murray added that another concern was whether she would be "pressured" into selecting North Koreans as part of the political message both countries hope to put across at the event.

"I hope that I am not being pressured to play [North Koreans]," she said.

"I am hoping we can just play the way we play and not have the influence of, 'I need to play this player.'

"I just want the best players to play.

"If you play your best, then you earn your ice time.

"Whether you're South Korean or North Korean, they have to earn their place."

The issue is among those due to be discussed at the four-party meeting in Lausanne, to be chaired by IOC President Thomas Bach.

It was claimed yesterday that a joint ice hockey team is the only sporting proposal on the table for Pyeongchang 2018 following reports the two countries, whose political tension has eased in recent weeks, could share a competition-testing four-man bobsleigh.