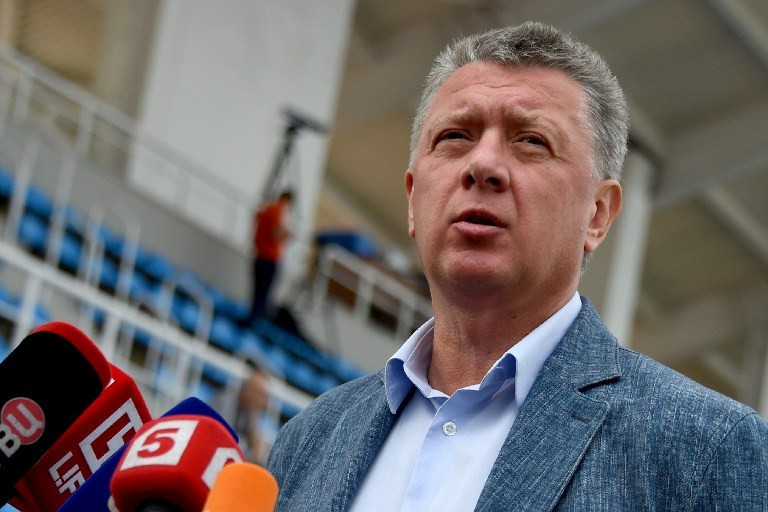 Russian Athletics Federation (RusAF) President Dmitry Shlyakhtin has questioned whether the doctors who gave out references following the withdrawal of 36 athletes from the Siberian Indoor Championships in Irkutsk were legitimate.

Former world 110 metres hurdles champion Sergey Shubenkov, who was at the event, posted on Twitter on January 17 that the 36 athletes withdrew from the event in the Russian city after a surprise visit by drug testers from the Russian Anti-Doping Agency (RUSADA).

Those reported to have fled when the RUSADA testers turned up was Natalya Aristarkhova, who represented Russia in the 3,000m steeplechase at the 2013 and 2015 International Association of Athletics Federations (IAAF) in Moscow and Beijing.

While this is not proof of doping, it is nonetheless suspicious.

After the event Shlyakhtin told BBC Russia: "Our suspicion that the doping situation hasn't improved in all regions has increased even more.

"But I cannot say that the athletes have withdrawn from the competition because they used illegal drugs until the relevant documents have been received."

Now, in an interview with Sport Express, the ARAF President has raised further questions about the event.

"Some had real illnesses," he said.

"Sixteen submitted medical certificates but some did not arrive in Irkutsk due to financial reasons.

"We are sending the letters to the Minister of Health in the Irkutsk region.

"We want to know whether these doctors who gave the certificates were from the dispenser.

"Secondly, it will be interesting to know on what basis they gave the athletes these diagnoses."

Shlyakhtin also commented on the possibility of a trend developing of athletes avoiding doping control at lower levels.

"In Moscow, we can go an test at any moment but, in Irkutsk, people sit and think, 'It will take six hours to fly here'," he said.

"Hire some kind of anti-doping laboratory to check everyone?

"We do not have that kind of financial power and are therefore limited."

Shlyakhtin warned that the RusAF was being crippled by the costs of legal cases related to doping in Russia which has led to the Federation being suspended by the IAAF since November 2015.

"We have to get out of the economic crisis," he said.

"For each court decision, they bill the Federation."

Prior to Shlyakhtin’s interview with Sport Express, Pavel Bogatyrev, Deputy Sports Minister of the Irkutsk region, denied that athletes at the Siberian Indoor Championships had avoided doping control.

He told Russia’s official state news agency TASS: "Failure to compete in the competition does not excuse you from doping-control.

"RUSADA had the right to test athletes who did not appear at the start and they would have no right to refuse.

"There were no refusals at the Championship and six samples were handed in."