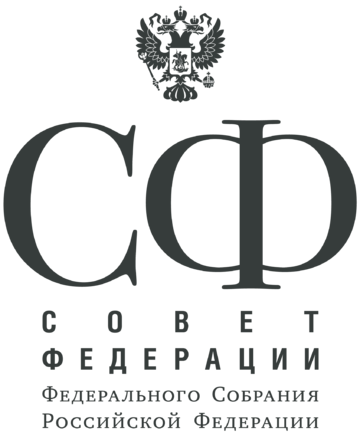 Russia is planning to enact "sanctions" against the World Anti-Doping Agency (WADA) officials it believes are responsible for making the country’s team compete neutrally at the Pyeongchang 2018 Winter Olympic Games, reports have said.

Members of Russia's Upper House of Parliament told Russian newspaper Izvestia that around 10 people would be sanctioned, including citizens of the United States and Great Britain.

A source in the Russian Federation Council also told the newspaper that it would look into possible involvement by the Federal Bureau of Investigation and American lawyer Robert Mueller, the head of the Special Counsel investigation of alleged Russian interference in the 2016 US elections.

"We should expose those people, who behind the back of the International Olympic Committee (IOC), used WADA to push for a ban on the national team," Andrey Klimov, chairman of the Russian Federation Council's Commission for the Protection of State Sovereignty, told Izvestia.

"We have embarked on this path and are now working on it on the basis of proven facts."

Klimov added that the plan is to "unveil those guilty and give them their just desserts once the Olympic Games are over".

The decision to plan to enact sanctions against WADA officials was made at a meeting of parliamentarians, sportspeople and diplomats on December 12, according to Klimov.

It is reported that potential measures could include criminal cases being opened and restrictions being placed on entry to Russia.

Vyacheslav Fetisov, first deputy chairman of the State Duma Committee on Physical Culture, Sport, Tourism and Youth Affairs, has said he sees no point in imposing sanctions, however.

"I don’t know what sanctions against WADA officials will give," he told Russian state news agency TASS.

"What is the point in this?

"We must talk to Andrey Klimov.

"Let us suppose we will ban officials from entering Russia, or from something else, there is no time for changing the situation [regarding Russia’s participation in the Pyeongchang Olympic Games].

"Pyeongchang is not an end of the world, the Olympic Movement will continue to exist."

State Duma Committee member Dmitry Svishchyov has also said he does not support the plans.

"I am categorically against this," he was reported as saying by TASS.

"What do we seek to achieve?

"We must first of all engage in solving the problems we have.

"The main task for today is to build relations.

"If we impose sanctions, we will never get any opportunities for restoring our rights.

"We must establish a dialogue with WADA.

"We hope very much, and expect that this is the way it will be."

The IOC announced last month that Russian athletes will only be allowed to participate at Pyeongchang 2018 under a neutral flag.

They ruled that the Sports Ministry were responsible and the Russian Olympic Committee, while not directly involved, had "legal and contractual" responsibility.

This followed allegations made in two WADA-commissioned reports by Canadian lawyer Richard McLaren, including systematic state-sponsored subversion of the drug testing processes by the Russian Government during and subsequent to Sochi 2014.

The Russian Anti-Doping Agency remains non-compliant with WADA as a result of the doping scandal in the country.

"More than half of WADA's bigwigs are representatives of NATO (North Atlantic Treaty Organization) member countries, which are pursuing a struggle with Russia," Klimov told Izvestia.

"I do not claim that each of them serves as a secret agent of the alliance, but it turns out that it is the case in actual practice."

In a series of leaked emails dating largely from 2016 and early 2017, the hacking group claimed it has shown how "European and the Anglo-Saxons are fighting for power and cash in the sports world".

It chiefly focuses on correspondence within the IOC and between the organisation and WADA and United States Anti-Doping Agency officials, over the subject of Russian doping and anti-doping reforms.

When contacted by insidethegames, WADA said its position regarding the IOC’s decision to suspend the Russian Olympic Committee has not changed.