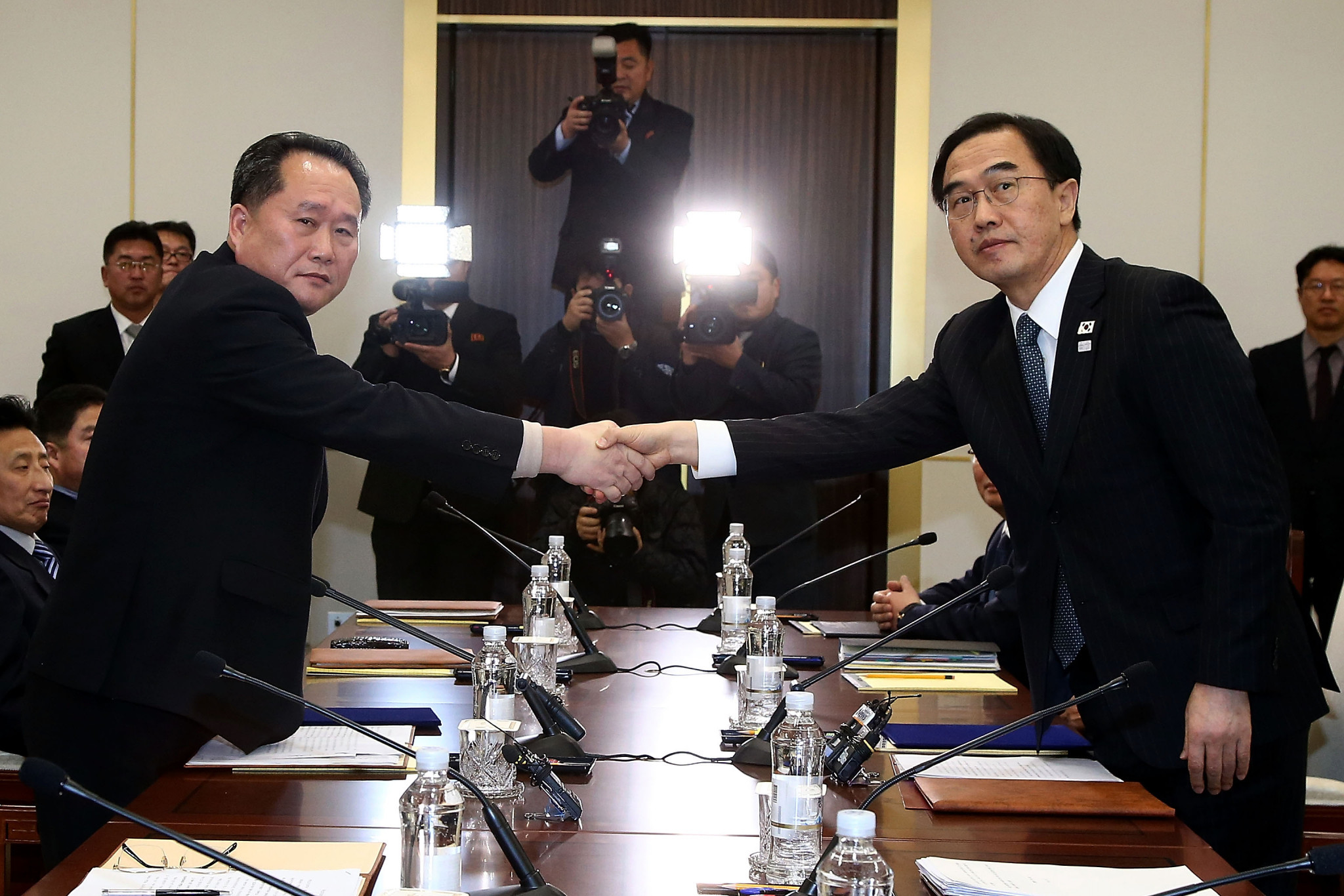 The North and South Korean teams will march together at the Opening Ceremony of the upcoming 2018 Winter Olympics in Pyeongchang, it has been confirmed.

The decision was made following the continuation of talks between the two countries, who have technically been at war for more than six decades, regarding the upcoming Games in the South.

The Opening Ceremony will be the first time the two Koreas have marched together at an international competition for 11 years, the last time being at the 2006 Winter Olympics in Turin.

North Korea currently has no confirmed athletes for the upcoming Games but is likely to be able to send a team to select events in Pyeongchang with the International Olympic Committee (IOC) possibly granting the country wildcard entries.

The country have also offered to compete at the Winter Paralympics in March.

North Korea have also offered to send a 230-strong cheering squad to the Winter Olympics following the working-level talks between the two Koreas.

As reported by news agency Yonhap, the agenda of the meeting also included transportation, costs and a unified ice hockey team.

Discussions have also been taking place regarding the possibility of joint cultural events at Mount Kumgang and the Masikryong Ski Resort in North Korea.

According to the South Korean Unification Ministry, the morning session of the talks was about the size of North Korea's team, cheerleading squad and taekwondo demonstration team.

North Korea fans and cheerleaders have attended various sporting tournaments in recent times, including the 2010 FIFA World Cup, although it was alleged that these were paid Chinese actors.

However, this will be the first time the country has sent an official cheerleading squad to an event in South Korea in 13 years.

Previous appearances took place at the 2002 Asian Games in Busan, the 2003 Summer Universiade in Daegu and at the 2005 Asian Athletics Championships in Incheon.

It has been reported by Daily NK that potential cheerleaders may have to pay bribes to officials to stand a chance of selection.

As reported by Yonhap, the goodwill feeling was continued at the start of today's meeting with the North's chief delegate Jon Jong-su saying: "Inter-Korean relations have been strained for almost 10 years.

"In this regard, we hope that ties can open."

Despite this improvement in relations between the two countries, there has been criticism from other parts with Japan, according to Reuters, urging caution over the North's "charm offensive".

South Korea also faces internal conflict over the situation as, under United Nations sanctions, they cannot hand money directly over to their Northern counterparts to support delegates' accommodation expenses.

A four-party meeting between the IOC, Pyeongchang 2018 and North and South Korea will also take place on Saturday (January 20) in Lausanne.

The 2018 Winter Olympics are scheduled to take place in Pyeongchang from February 9 to 25.