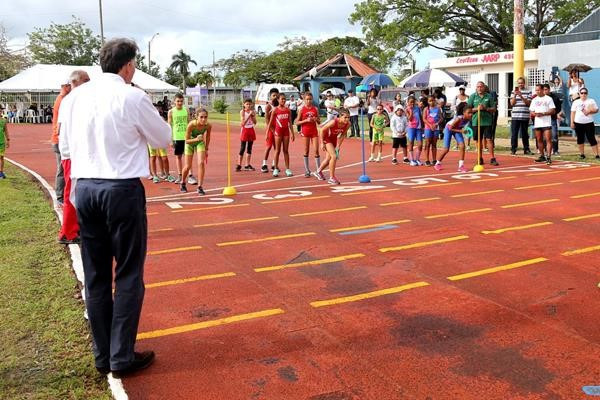 The hurricanes, Harvey, Irma, Maria and Jose, caused Federations across the region to lose communications, offices, training facilities and equipment.

The $500,000 IAAF fund is made up of contributions from the IAAF, the International Athletics Foundation (IAF) and IAAF partner Seiko.

The allocation of funds will be handled by a team headed by the IAAF and will be based on the audit of damage and needs of those Federations affected.

On a visit to Puerto Rican capital San Juan, IAAF President Sebastian Coe said: "There is still so much that needs to be done to rebuild the lives of those affected by these hurricanes but it is heartening and humbling to see what has been accomplished by communities, their Governments and by collaboration of neighbouring countries and islands.

"The athletics fraternity came together and we have seen many athletes continue their training on other islands as welcomed guests of these countries.

"Our key priority is to help ensure that athletes are able to train and compete and to ensure that our member federations in the worst affected area are able to communicate and maintain operation of their Federations.

Coe added: "I hope these funds will go some way to rebuilding the sport in the countries most affected by the hurricanes.

"We know this is not enough but hope it will at least get the Member Federations affected back up and running.

"We will continue to seek further funds and work with the region to ensure athletes’ training is as uninterrupted as possible.

"For sports organisations like the IAAF, it is the moment to play a much more important role in the societies and be leaders of change taking initiatives to support regions and communities who are suffering.

"Our mission should not be just to create the champions on the track. We believe that is equally important to enable local communities to help embed our timeless athletic values in the lives of young people."

The International Olympic Committee announced in September that they were pledging $1 million (£760,000/€840,000) to help Caribbean sporting organisations recover from the impact of Hurricane Irma.