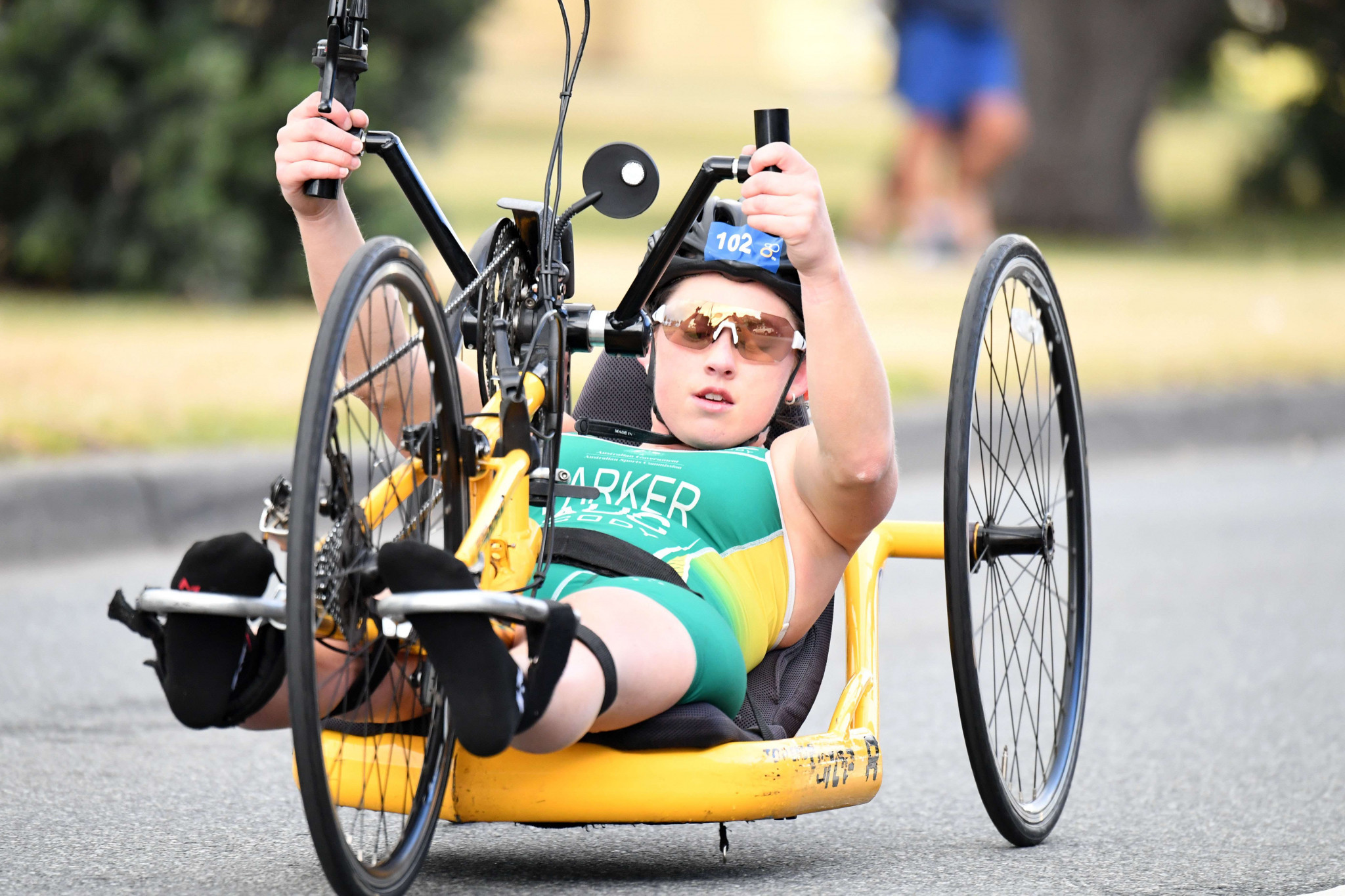 Lauren Parker has effectively sealed a Para-triathlon spot at the Gold Coast 2018 Commonwealth Games today just nine months after a freak but life-changing training accident confined her to a wheelchair.

The 28-year had been a promising ironman triathlete who finished second in her age group at the World Championships in 2015.

But she was left with no feeling from the waste down after crashing into a guard rail while travelling around 45 kilometres per hour during a training session after puncturing both her tyres.

Parker was left with broken ribs, a punctured lung, a broken scapula, a broken pelvis and a broken back with only a one per cent chance of walking again.

She subsequently switched her focus to Paratriathlon and has now finished in second place at the Oceania Triathlon Union Continental Championships taking place in the Melbourne suburb of St Kilda.

Sarah Tait won the race but Parker is also set to qualify for the Australian Commonwealth Games team as two places were available.

They are expected to join the reigning International Triathlon Union world champion, Emily Tapp, when the sport makes its debut at April's Games.

No swimming leg took place to mean that the race was a run-bike-run over 28 kilometres.

"I've only been on the racing chair for six weeks and the hand cycle and to be able to complete today's race in an okay time I'm really happy," Parker said afterwards.

"I'm back doing what I love and that's racing and I'm so excited to be back racing so soon after my accident; it's hard to believe I can't describe it.

"With regards to the Commonwealth Games I'm hoping it all works out and I do qualify; it would be really exciting if I did with lots of hard work between now and then."