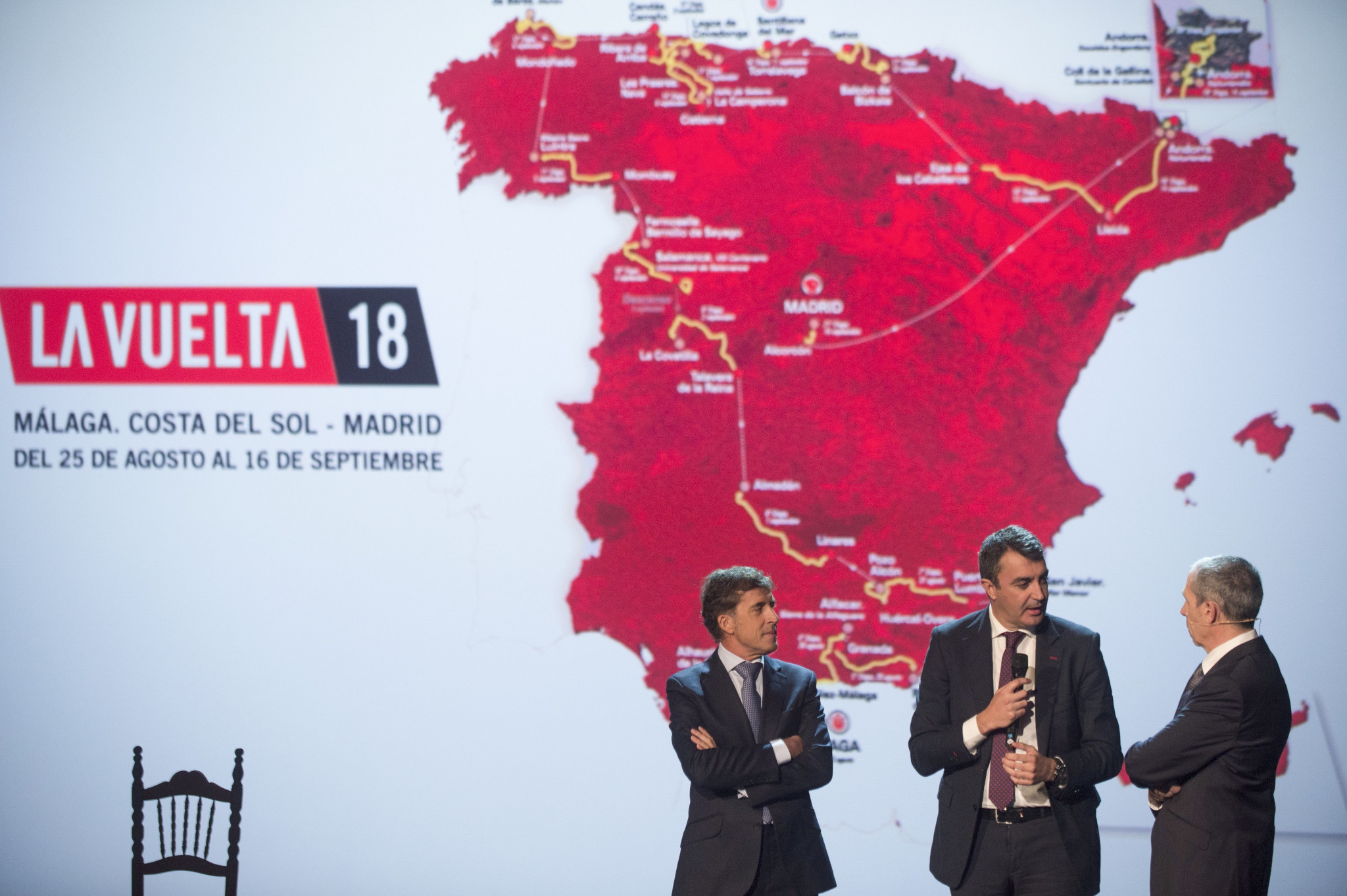 Organisers have unveiled the full route for the 2018 Vuelta a España, with the third Grand Tour of the season set to begin on August 25.

The three week race is set to begin in Malaga, with riders departing from the Pompidou Centre to contest an eight kilometre route.

It is claimed the start reflects a desire to combine sport, culture and achieve innovative departures.

The peloton are then set to travel from Granada, Almería and Jaén, before passing through Murcia on a journey to the north of Spain.

Racing will continue in Castilla-La Mancha, Castilla y León, Galicia, Asturias and Cantabria, with the latter set to host the second time trial of the race.

The race will also visit the Basque Country, Aragon and Catalonia, before a potentially decisive couple of mountain stages.

The most demanding climbs are set to be in Andorra, with riders having to ascend the challenging Coll de La Rabassa and La Gallina.

“We are discovering new high-altitude finales and we want the mountain to again be a determining factor for La Vuelta,” Guillén said.

“These are the distinguishing marks that have allowed us to breathe new life into the race and which we will continue to defend.

“After 2018, Les Praeres, in Nava, and the Balcón de Bizkaia, will become truly unforgettable for viewers.”

The Grand Tour will conclude on September 16 with the ceremonial stage to Spain’s capital city Madrid.

Team Sky’s Chris Froome won the race in 2017, but could face the prospect of losing the title after testing positive for asthma medication salbutamol.

The Briton is seeking to prove his innocence to the International Cycling Union.