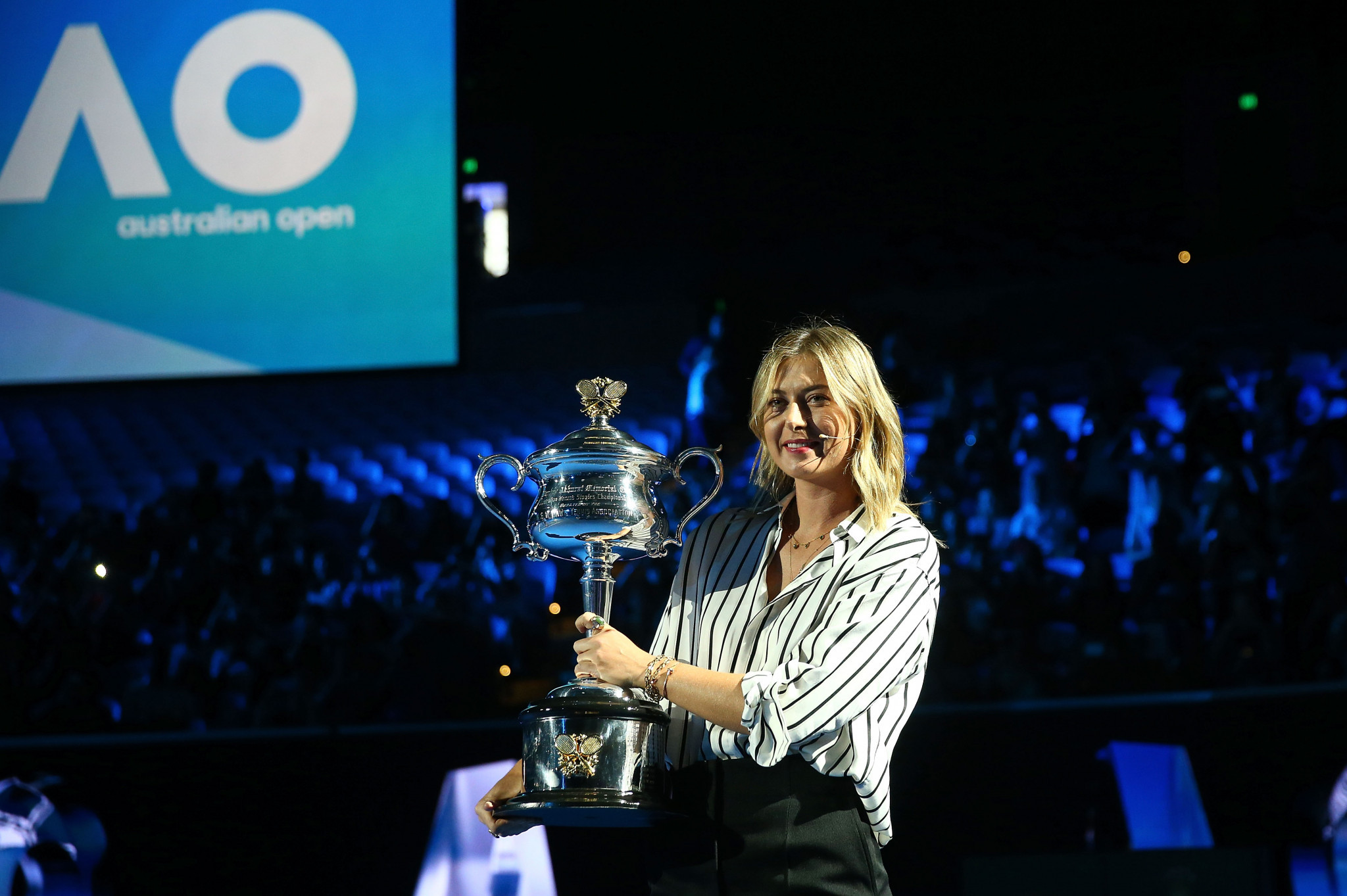 The Australian Open has defended the decision to allow Maria Sharapova to carry the women's trophy onto court for the tournament's draw ceremony.

The 30-year-old Russian was on hand at the Rod Laver Arena in Melbourne after being handed a two-year drugs ban for a failed test at the 2016 Australian Open.

She tested positive for heart attack drug meldonium with her sanction later cut to 15-months following an appeal to the Court of Arbitration for Sport, which ruled that she had not doped intentionally.

Sharapova, who won the Australian Open in 2008 and has five Grand Slam titles to her name in all, was invited to carry the trophy as a former champion.

Australian Open organisers said she was the only previous winner available for the draw ceremony.

"As part of the tradition, we have the former champions," said tournament director Craig Tiley afterwards.

"We needed a former champion to come, she accepted the invite.

"In fairness to Maria, the adjudication has occurred on that [drug suspension].

"Maria is an Australian Open champion.

"She deserved the opportunity."

Sharapova was drawn against namesake Tatjana Maria of Germany in the first round.

American defending champion Serena Williams is still absent following the birth of her daughter Alexis in September, with her sister Venus - beaten by Serena in last year's final - set to play Switzerland's Belinda Bencic this year.

In the men's draw, Serbia's 12-time Grand Slam champion Novak Djokovic makes his return to tennis with a clash against American Donald Young.

The six-time champion in Australia has not played since Wimbledon in July due to an elbow injury.

Federer will begin his defence against Aljaž Bedene, who has recently reverted back to Slovenian nationality after competing for Britain.

Britain's Andy Murray, the back-to-back Olympic champion and three-time Grand Slam winner, is not in the draw as he continues to struggle with a hip problem.