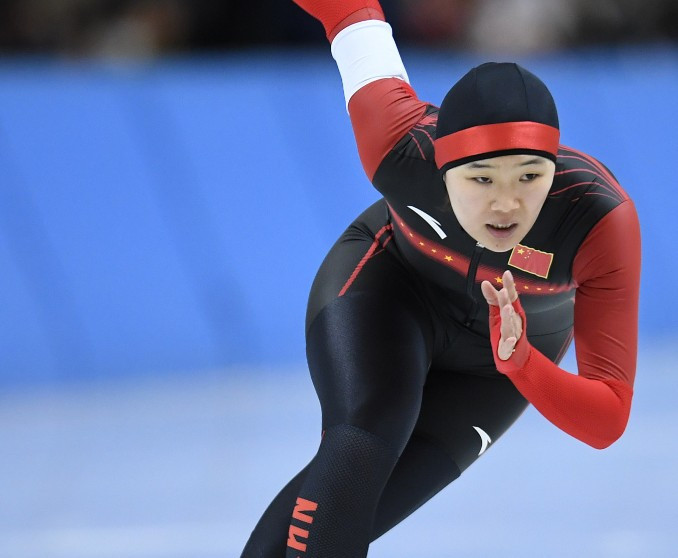 China has been rocked by a second speed skating doping controversy in a month after Shi Xiaoxuan was removed from their squad for next month's Winter Olympic Games in Pyeongchang due to a failed drugs test for clenbuterol.

In what has been described as a "wake-up call" for athletes in the country, the China Skating Association announced that the 21-year-old had tested positive for the banned steroid on December 14.

She has currently been banned for two years.

It follows the announcement last month that Li Yanzhe, a men's 500m gold medallist at the 2016 Winter Youth Olympic Games in Lillehammer, had received a four-year ban for an unspecified "violation" earlier in the year.

"There are loopholes in our education campaign against doping and we will take more measures and responsibility," said the China Skating Association statement which was posted on the website of the General Administration of Sports.

It was claimed that Shi may have accidentally ingested the substance after having "dined out without permission".

Clenbuterol doping cases have in the past been blamed on contaminated meat when they have occurred in China or Mexico.

There are also concerns, though, that athletes may be using this as an excuse to mask actual doping.

Defining precisely how to deal with clenbuterol failures in these countries is one area up for discussion as part of the revisions to the World Anti-Doping Code due to come to fruition in 2021.

Concerns over doping in China have risen after former Olympic doctor Xue Yinxian claimed that all medals won by athletes from the country in 1980s and 1990s were achieved through a systematic doping programme existing across all sports.

An investigative process was launched by the World Anti-Doping Agency in November, but no further details have yet emerged.