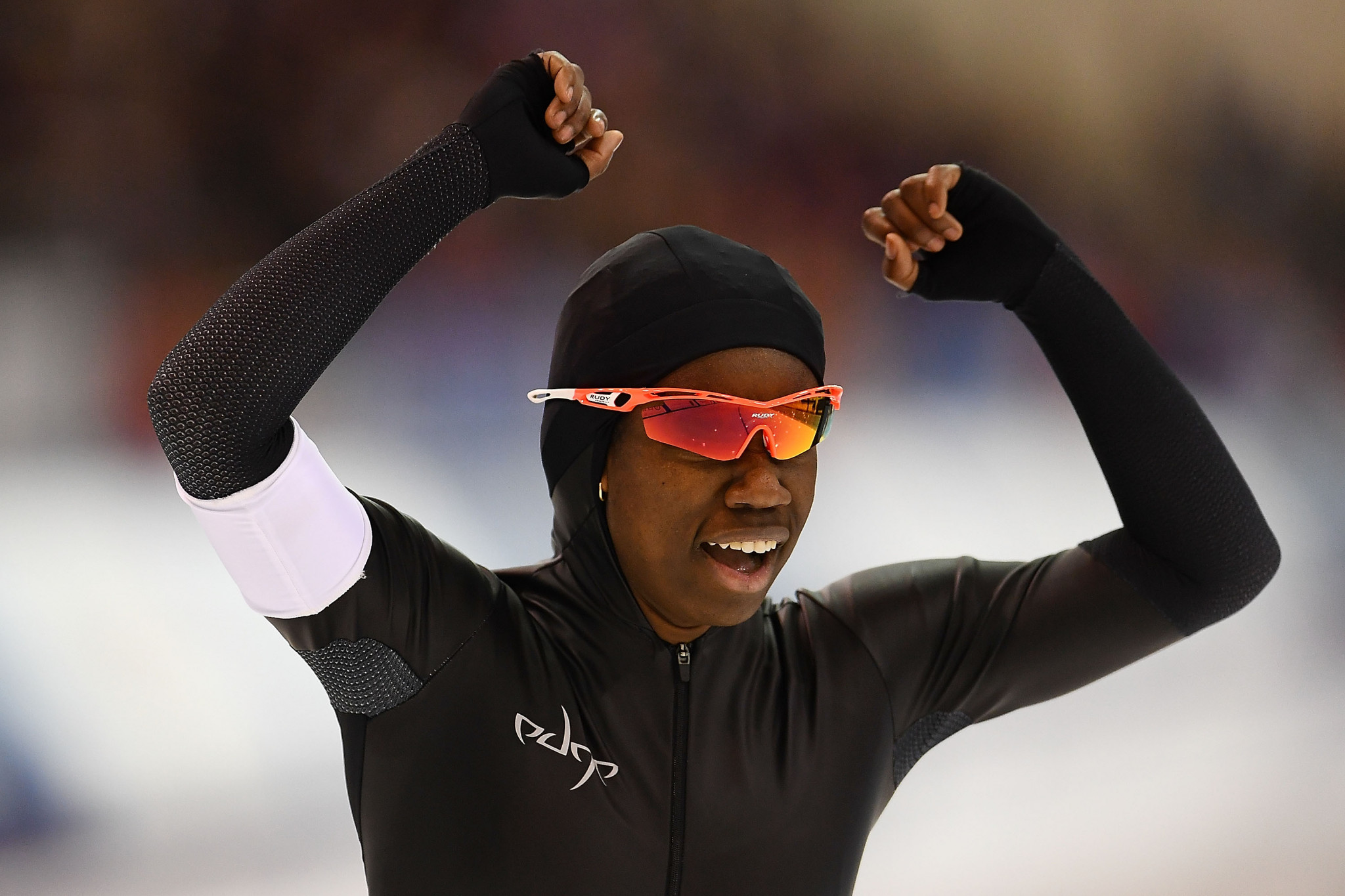 Erin Jackson has earned a place in the United States speed skating team for the Pyeongchang 2018 Winter Olympics, just four months after taking up the sport.

Jackson has been transitioning to the sport over the last four months having previously been an inline skater.

She contested the women's 500 metres event as the US Trials continued at the Pettit National Ice Center in Wisconsin.

The best overall times for both the 500m races determined the overall podium places, which were ultimately led by Brittany Bowe.

The four time world champion triumphed in 37.95 seconds, with Heather Bergsma ending narrowly behind on 38.24.

Jackson secured third place in 39.04, which proved enough to earn her place on the Olympic squad with Bowe and Bergsma having already qualified in the 1,000m, leaving the 500m as their second distance.

"It's been a crazy experience," Jackson said.

"I hadn't even broken 40 seconds yet.

"It's all happened really fast, it's crazy.

"I came out to Salt Lake City for the first time in March, well, the end of February into March.

"Then I went back to inline for the summer and came back to Salt Lake in September, so it's been about four months combined."

Mitch Whitmore triumphed in the men's competition, as he achieved a time of 35.03 seconds to qualify for his second distance for the Games, having already done so in the 1,000m.

Kimani Griffin and Jonathan Garcia competed the top three, ending in times of 35.22 and 35.26 seconds.

Both skaters are currently in line to take Olympic spots, depending on the number of quota places up for grabs at the end of the trials.

The entire American speed skating team will be formally named at the conclusion of the week's races and will consist of a maximum of eight male and eight female skaters, subject to approval by the United States Olympic Committee.