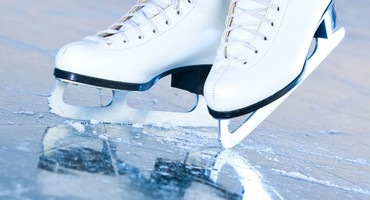 Questions over the integrity of figure skating judging have re-emerged with a month to go before Pyeongchang 2018 after it was reported that an international judge and referee has resigned from his positions because of an investigation into his behaviour.

It was reported by the Globetrotting website run by American journalist Philip Hersh that Belorussian judge Alexandre Gorojdanov has stood-down after the International Skating Union (ISU) launched an investigation into his behaviour at the Golden Spin of Zagreb ISU Challenger Series event last month.

It is alleged that he used his judge's screen in a way that could have involved re-entering or changing marks, while he was also seen to drop a piece of paper into a basket before picking it out again and writing on it.

He was also seen to speak to Russian judge Maria Abasova during the competition, which is not allowed, although it is not clear if she did anything wrong.

Alexander Lakernik, the Russian ISU vice-president responsible for figure skating, confirmed that the resignation had happened but stopped short of providing any further details.

"I can confirm the rest only after the formal decision is taken," he told Globetrotting.

Gorojdanov also served a six-and-a-half month suspension earlier in 2017 for violating the ISU Code of Ethics during a pairs event in 2016.

Results from the Golden Spin event had a major impact on Spanish ice dance selections for Pyeongchang 2018.

Sara Hurtado and Kirill Khalaviavin ended up narrowly winning a spot over Adrià Diaz and Olivia Smart due to their performances in Zagreb.

A breakdown compiled by the Skating Protocol found that Gorojdanov was among judges to mark the former pair more favourably than the latter.

insidethegames has contacted the ISU for a comment about the situation.

The most high profile judging scandal in skating came at the 2002 Winter Olympic Games in Salt Lake City.

Russians Elena Berezhnaya and Anton Sikharulidze won the gold medal in the pairs figure skating event, despite making a technical error when Sikharulidze stepped out of a double axel.

French Ice Sports Federation President Didier Gailhaguet was accused by French judge Marie-Reine Le Gougne - in claims she later retracted - of putting pressure on her to favour the Russians over Canada's Jamie Sale and David Pelletier.

Several other witnesses supported these allegations and Gailhaguet was eventually handed a three-year ban from the sport by the ISU for "misconduct".