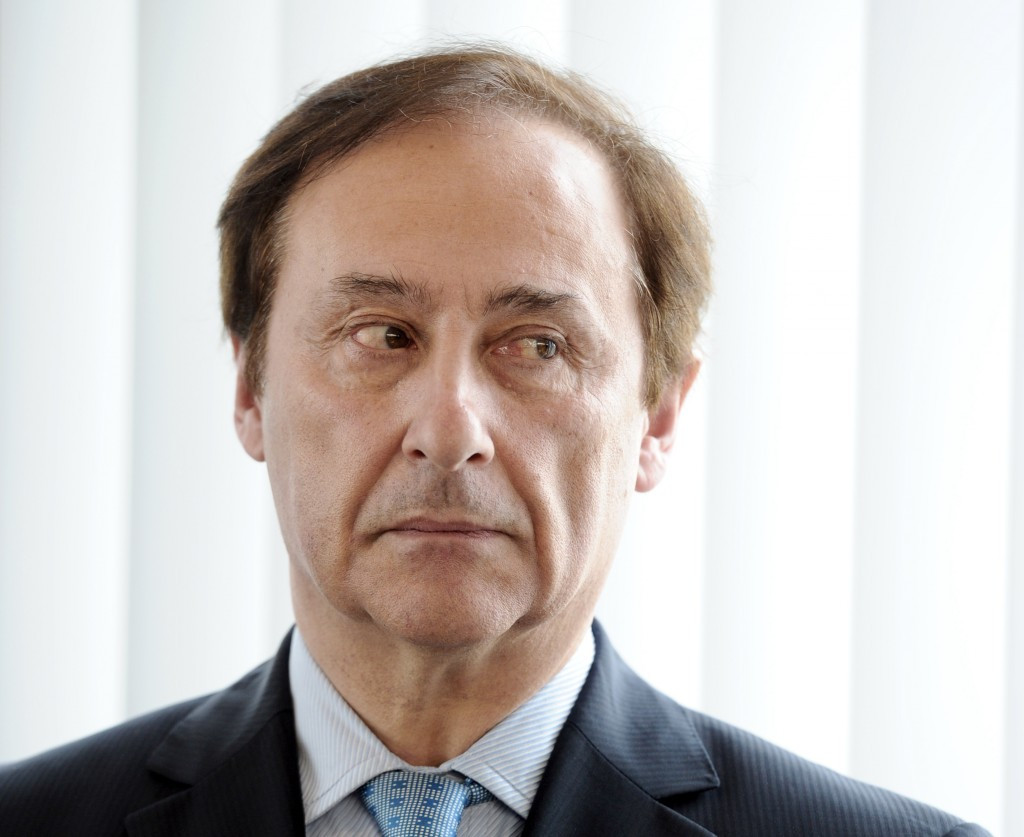 French Federation of Ice Sports (FFSG) President Didier Gailhaguet, a controversial figure who served a three year ban from the sport for his involvement in the Salt Lake City judging scandal, has become the first figure to declare his intention to replace Ottavio Cinquanta as head of the International Skating Union (ISU) when the Italian steps down next year.

Cinquanta will be 77 next year, and announced in 2013 how it would be time to "give way to others" after leading the world governing body since 1994.

His Presidency was due to end in June 2014 but elections were postponed until 2016, allowing him to remain in office, despite passing the age limit of 75.

A multiple national champion ice skater, Gailhaguet enjoyed a best finish of seventh at the 1974 European Championships in Zagreb and placed 13th at the Sapporo 1972 Winter Olympics before moving into administration.

He first became FFSG President in 1998.

The 62-year-old is best known for his involvement in the Salt Lake City 2002  scandal, which began when Russians Elena Berezhnaya and Anton Sikharulidze won the gold medal in the pairs event, despite making a clear technical error when Sikharulidze stepped out of a double axel.

Gailhaguet was accused by French judge Marie-Reine Le Gougne, in claims she later retracted, of putting pressure on her to favour the Russians over Canada's Jamie Sale and David Pelletier.

The Canadians were eventually awarded duplicate gold medals, while both Gailhaguet and Le Gougne were handed three years bans by the ISU in April 2002, and banned from the 2006 Turin Olympics.

Gailhaguet was also thrown off the ISU council, and forced to resign as FFSG President in May 2004, before being re-elected in December 2007 and repatriated into the sport.

The Salt Lake City 2002 incident was considered the sternest challenge during Cinquanta's Presidency, and led to changes in the judging and scoring system.

Gailhaguet has already unveiled a campaigning website, accessible here, as well as a detailed list of 55 priorities for the body, which organises speed skating, short track and figure skating events on the Olympic programme.

"Unity" and bringing the body into the modern age are his key aims.

"I am not alone in thinking that today’s ISU should operate according to the well-known maxim of change before you get changed," he said.

"This is a particularly enriching experience for me, as the opportunity to listen attentively to the people that make up the ISU - the Presidents of its member federations - has in large part enabled me to develop a manifesto for bringing the ISU into the modern age, accompanied by a programme of actions that stems from it.

"The desire to bring the ISU into the modern age by uniting our diverse members has enabled me to appreciate just how difficult it is to write a manifesto with global scope.

"In any case, if such an endeavour were easy, we would already know about it, as someone would have done it before."

An election to replace Cinquanta is expected to be held in June 2016.

No other candidate has yet emerged.

Despite the rapidly diminishing prospects of Michel Platini in the FIFA electoral contest, next year could be a good year for French sporting administrators, with Georges Guelzec also bidding to replace another Italian, Bruno Grandi, as the International Gymnastics Federation President.