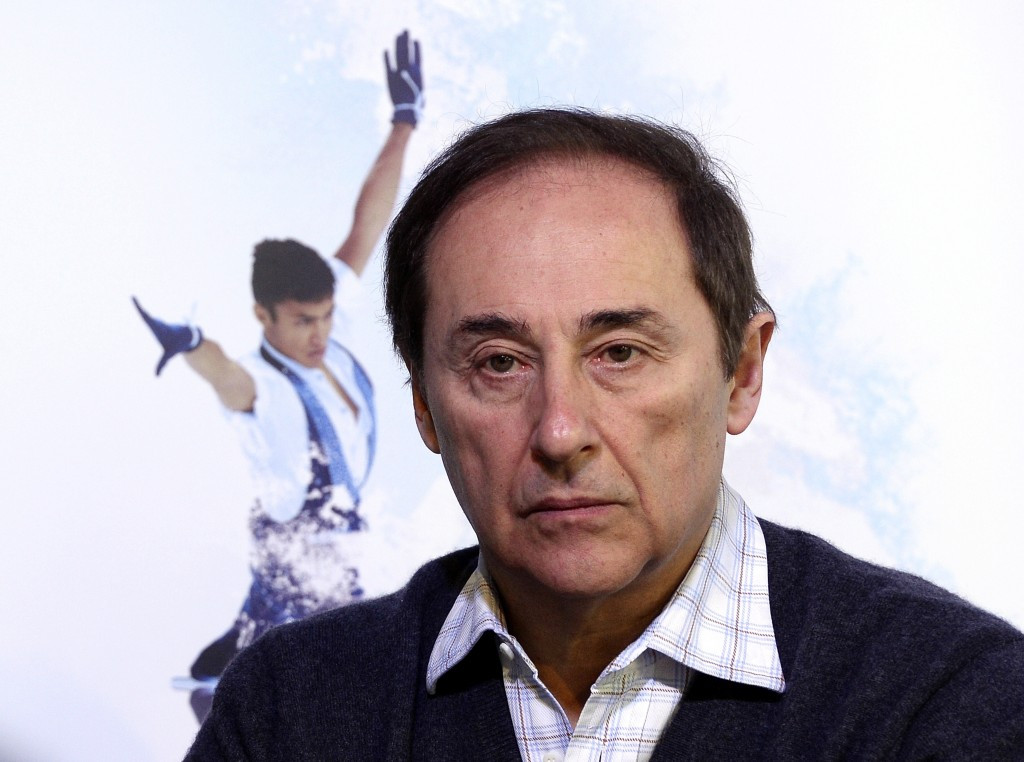 France's Didier Gailhaguet has claimed the sport should give him a chance to replace Ottavio Cinquanta as President of the International Skating Union (ISU), despite having served a ban following one of the biggest judging scandals in Olympic history.

Gailhaguet was a key figure in the Salt Lake City 2002 judging scandal, among the highest-profile corruption cases to taint an Olympic Games.

The scandal begun when Russians Elena Berezhnaya and Anton Sikharulidze won the gold medal in the pairs figure skating event, despite making a technical error when Sikharulidze stepped out of a double axel.

Gailhaguet was accused by French judge Marie-Reine Le Gougne - in claims she later retracted - of putting pressure on her to favour the Russians over Canada's Jamie Sale and David Pelletier.

Several other witnesses supported these allegations and Gailhaguet was eventually handed a three-year ban from the sport by the ISU for "misconduct".

He was thrown off the ISU Council and relinquished his role as President of the French Ice Sports Federation (FFSG) before being re-elected to the position on his reintegration into the sport in 2007.

Gailhaguet did not appeal the suspension to the Court of Arbitration for Sport (CAS) but claims he was victim of an injustice and insists that, while he has made mistakes in his career, he was not involved in fixing or attempting to fix the result.

"I have brought [Salt Lake City] up with every member I have spoken to, and said 'Okay, I am not perfect, I have made mistakes, but all this has changed me," the Frenchman told insidethegames here during the Winter Youth Olympic Games.

"Even murderers who have been in jail, get a second chance.

"I didn’t kill anyone.

"I didn’t press a gun against any of the nine judges, I didn’t pay money.

"I’m not a saint, not perfect, but I never went over the blue line.

"This is not fair to me at all.

"Nobody, even my worst opponents, cannot say I do not have a true passion and authenticity about skating and all sport."

Gailhaguet's decision to stand for ISU President has inevitably being overshadowed by the Salt Lake City 2002 scandal.

He still claims, however, he is the best man to clean up the sport, however, and to take skating into a new age of transparency and openness.

Central to his campaign is a pledge to double development funding to all ISU member nations, a traditional vote-winner and something he believes is possible given the ISU's strong financial reserves, particularly now they fully own their Lausanne headquarters.

Gailhaguet is keen, though, to tighten-up the way this money is distributed, pledging to carry-out a full audit of current practices immediately after taking up the post.

This could bring him into direct conflict with György Sallak, the Hungarian National Skating Federation director general and the ISU's development coordinator, who is widely expected to announce shortly he will be standing for the Presidency.

"I have a lot of things to say about development and the way it has been run," Gailhaguet said.

"Not only has it not been evaluated properly, but I have a lot of things to say about the use of the money."

Making the sport more accessible to television viewers is another aim, with the Frenchman keen to promote new events such as ice derby and crash ice - downhill - skating, as well as mass start long-track and elimination short-track speed skating competitions.

Before first becoming FFSG President in 1998, Gailhaguet was a multiple national champion ice skater, who enjoyed a best finish of seventh at the 1974 European Championships in Zagreb and placed 13th at the Sapporo 1972 Winter Olympics.

If successful, he would become the first figure skating official to run the ISU in 36 years.

Cinquanta and Norwegian predecessor Olaf Poulsen, who led from 1980 to 1994, were both from the speed skating community.

Gailhaguet, whose father was a French international rugby union player, claims his experience running the FFSG - which governs sliding sports and curling as well as ice skating - has shown he can be fair towards all disciplines, as well as figure skating.

He claims to have "a lot of ideas" for speed skating, including a more equal distribution of prize money between short and long-track events and figure skating, which is currently more financially lucrative.

He points out the supposed financial and competitive growth of the FFSG under his leadership and denies he mishandled the recent cases of Bruno Massot and Tiffany Zahorski, two skaters who were eventually allowed to change nationality away from France to join up with pairs from other nations following a bitter row.

A petition was introduced via change.org to persuade Gailhaguet and Cinquanta to permit the skaters to switch countries before the decision was made last year.

An overhaul of the changing nationality process is another manifesto proposal as a consequence of this experience, with the full list of ideas accessible here.

Another plan is the introduction of one uniform age limit across all ISU positions, although exactly what that limit will be is yet to be decided, as well as an annual ISU Congress and six Council meetings each year.

An election is due to take place during this year's ISU Congress in Dubrovnik in Croatia from June 6 to 10.

That is the same firm which helped Brian Cookson to victory over Pat McQuaid in the 2013 International Cycling Union (UCI) Presidential race before enabling Sebastian Coe to beat Sergey Bubka for the International Association of Athletics Federations (IAAF) top job in 2015.

The firm, founded by Mike Lee, the former communications director of London 2012, have a heavy French flavour to their current work as they are also supporting Paris' bid for the 2024 Summer Olympics and Paralympics.