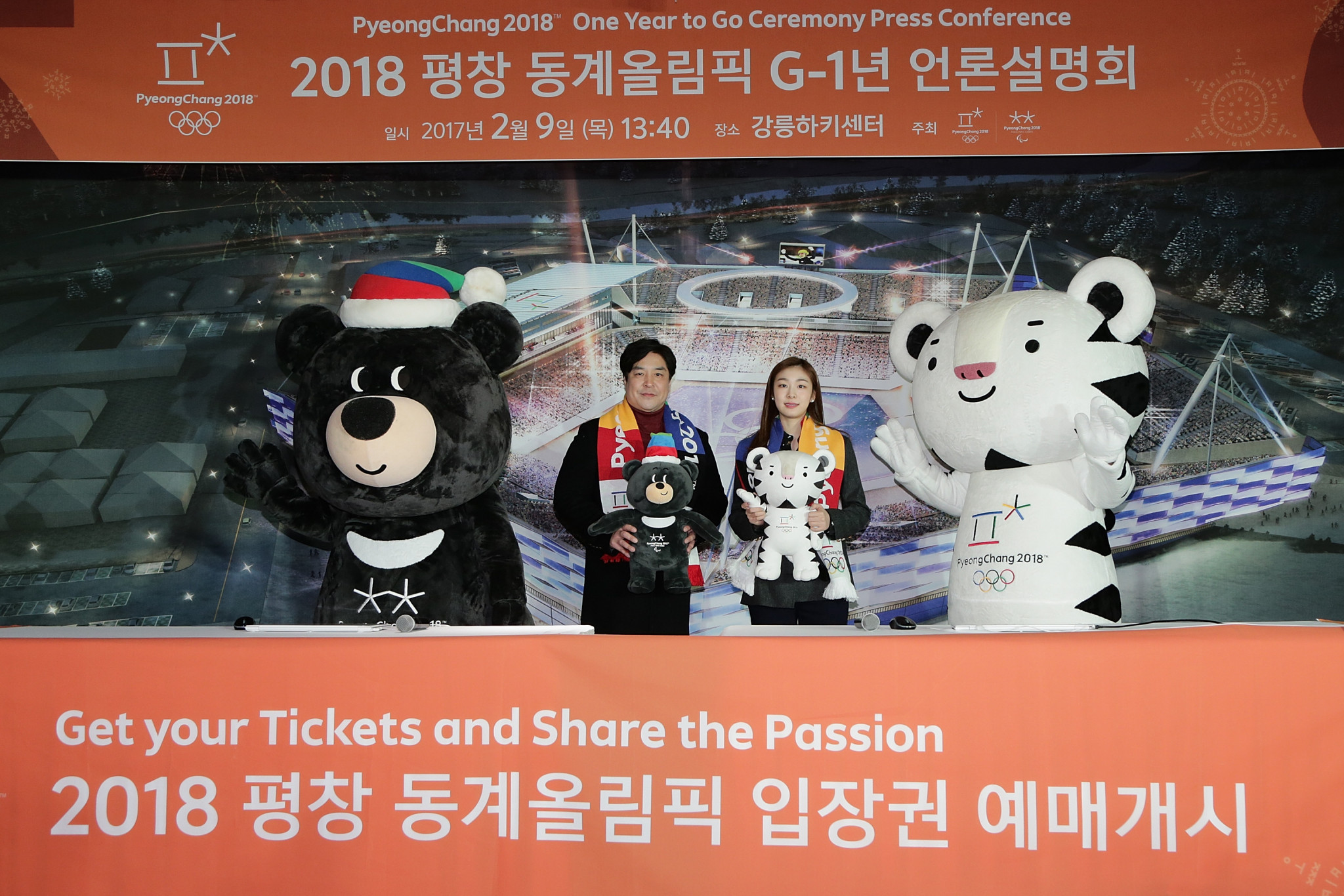 Pyeongchang 2018 have revealed that 61 per cent of available tickets have now been sold for next year's Winter Olympics.

The figure, which includes domestic and international sales, may come as a relief to organisers as it shows a significant increase from two months ago.

The current number of tickets sold stands at 655,000 out of 1.07 million tickets available, almost twice as many as had been sold in October when the figure was just 30.3 per cent.

Skiing events have proved to be the most popular with 81 per cent of Alpine tickets sold and cross-country events just two per cent behind.

However, after reports that organisations such as banks were buying up tickets to help with sales figures, it is uncertain who has acquired the latest batch.

The Opening Ceremony, which will take place at the Pyeongchang Olympic Stadium, has sold 67 per cent of its tickets with its Closing Ceremony counterpart currently on 35 per cent.

According to Yonhap, the event's Organising Committee say that ticket sales have increased dramatically due to the start of the Torch Relay, which began in South Korea on November 1.

The Organising Committee also claim that the recent opening of the new high-speed railway between Seoul and Pyeongchang will further increase ticket sales.

Benefits for Olympic ticket holders include discounts on train tickets, free access to shuttle buses and toll exemptions on highways to Pyeongchang and other hosting areas.

After recording sales figures of just 0.2 per cent for the Winter Paralympics in early October, Yonhap have now reported that this figure has increased to 37 per cent with 81,000 of the 220,000 tickets available having been sold.

The Pyeongchang Winter Olympics will take place from February 9 to 25 with the Paralympics scheduled from March 9 to 18.