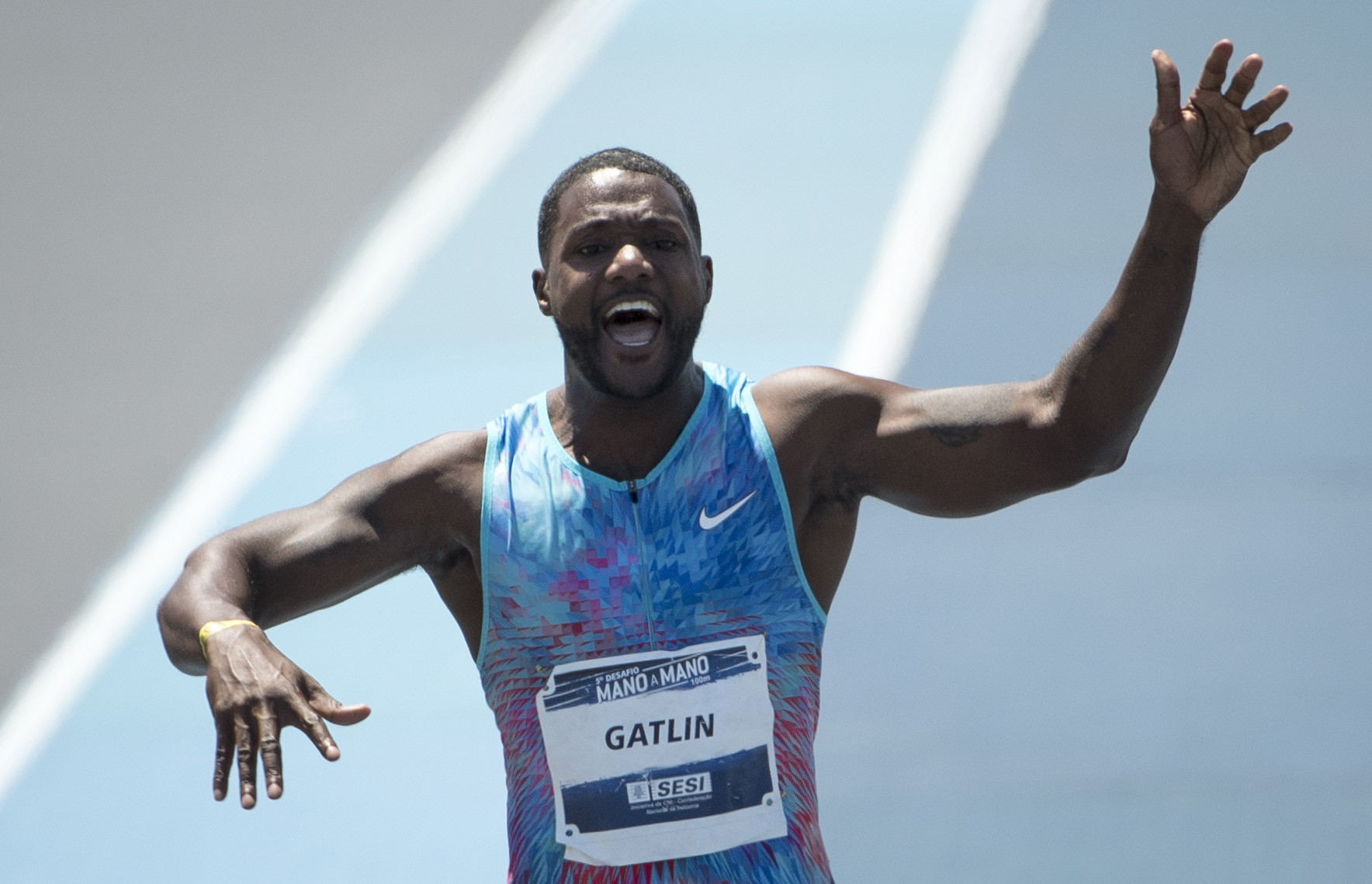 Justin Gatlin has fired his coach Dennis Mitchell after he was recorded allegedly offering to supply performance-enhancing drugs to undercover reporters.

Gatlin, booed after returning from two doping suspensions to win the 100 metres title at the International Association of Athletics Federations (IAAF) World Championships in London this year, insists he has done nothing wrong and has taken swift action to distance himself from his coach.

This has already been strongly denied by Gatlin's representatives.

"I am not using and have not used PED's," Gatlin said in a statement published on Instagram today.

"I was shocked and surprised to learn that my coach would have anything to do with even the appearance of these current accusations.

"I fired him as soon as I found out about this.

"All legal options are on the table as I will not allow others to lie about me like this."

The 35-year-old received a two-year ban, reduced on a appeal, after a positive test for amphetamines in 2001 before a second suspension, reduced to eight and then four years, after a failure for testosterone.

He has always denied wrongdoing and attempted unsuccessfully to blame his second failure on a masseuse for rubbing cream containing the banned substance onto his back.

Mitchell, a 4x100m relay gold medal winner at the Barcelona 1992 Olympics, famously blamed a failed test for testosterone in 1998 on "five bottles of beer and sex with his wife at least four times…", adding: "it was her birthday, the lady deserved a treat".

"There’s the simple easy stuff, and then it goes all the way up to very complex things," Mitchell was recorded as saying about "designer" drugs.

"The complex things are safe in terms of getting tested because they can’t find it.

"The simple things, those are the things you’re gonna get busted on."

Mitchell told the undercover reporters that he did not use any substances on his athletes, who are "clean".

Wagner, though, was quoted as saying: "You think Justin is not doing this [doping]?

"Do you think Dennis [Mitchell] wasn’t doing this?

Renaldo Nehemiah, Gatlin's agent, has since claimed that Wagner had only worked for Gatlin on two or three occasions.

Mitchell told the undercover reporters that he did not use the substances on his athletes and that they were "clean".

The IAAF have already said that an investigation will be launched through their new Integrity Unit.

"These allegations are extremely serious and I know the independent Athletics Integrity Unit [AIU] will investigate in accordance with its mandate," said the world governing body's President Sebastian Coe.

"Under the IAAF rules, all athlete support personnel - agents, coaches etc - are bound by both the IAAF Anti-Doping Code and IAAF Integrity Code of Conduct.

"The AIU has investigative powers and the independent disciplinary tribunal has sanction powers for those found in breach of these.”

The United States Anti-doping Agency (USADA) added that they are "presently coordinating with the AIU in order to investigate these claims fully", .

They added: "We are presently coordinating with the Athletics Integrity Unit in order to investigate these claims fully."

AIU head Brett Clothier described the allegations as "very serious" and striking "at the heart of the integrity of athletics".

"The IAAF Anti-Doping Code and  Code of Conduct. applies not just to athletes, but also athlete support personnel," he added.

"The AIU will be investigating this matter in co-operation with USADA.

"The use of new methodologies and designer drugs has always been a challenge for the anti-doping movement and this continues to this day.

"In this era, we understand that we cannot rely on testing alone to defend the sport against doping and so the AIU is both building its investigations and intelligence capability and implementing an intelligence based re-testing policy to meet such challenges."