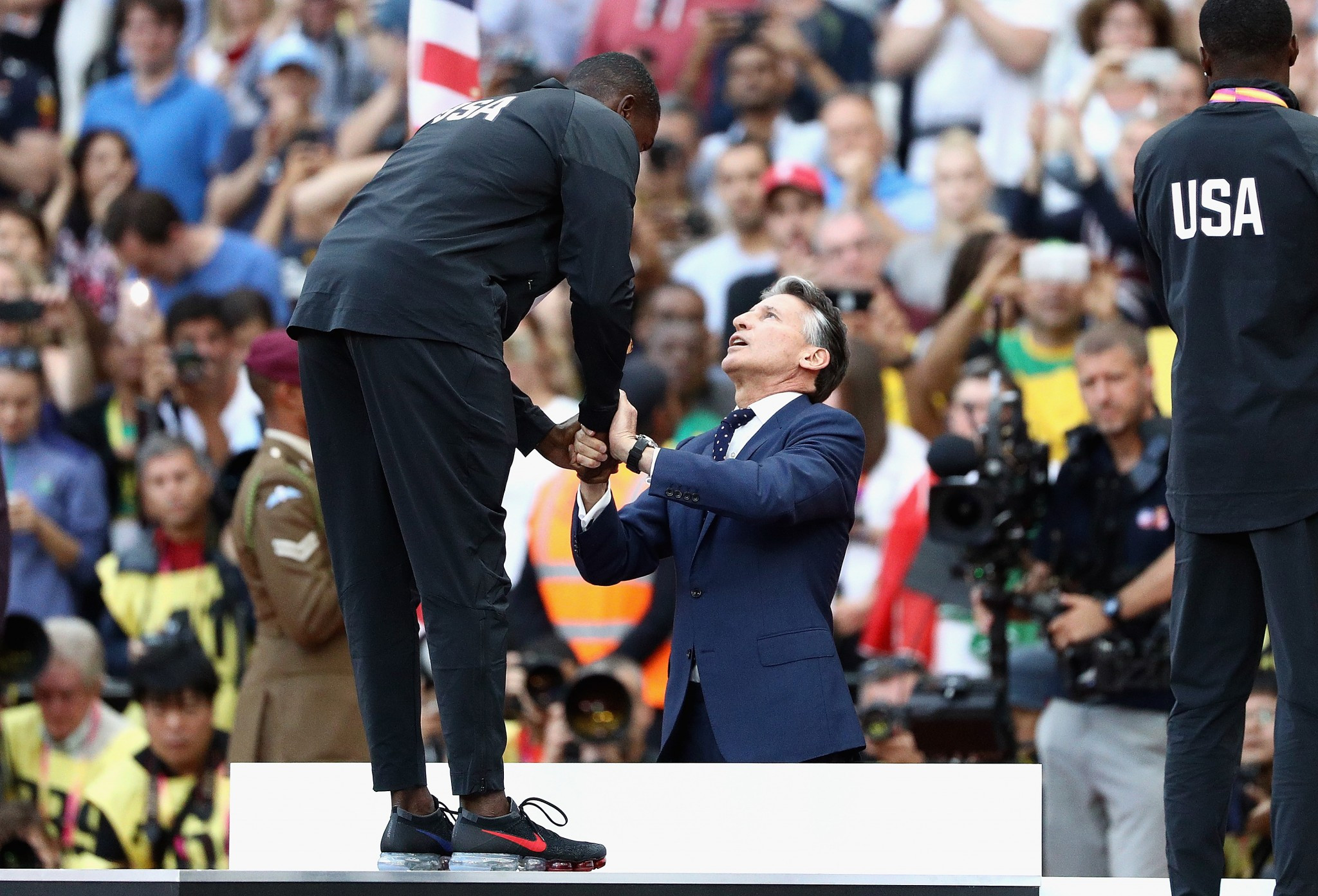 The Briton warned, however, that such a move would be dependent on a change to the World Anti-Doping Code which the IAAF, like all Olympic International Federations, are bound by.

World Anti-Doping Agency (WADA) President Sir Craig Reedie has since told insidethegames that any change to the current ruling of a four-year ban for a first offence is unlikely to be considered until the 2019 World Conference on Doping in Sport in Katowice in Poland.

Even then, he added, this will only happen if there is sufficient support from national anti-doping bodies and, just as importantly, a proposal that would stand up to legal scrutiny.

This has always proved impossible in the past due to the principle of proportionality.

Gatlin was loudly booed as he triumphed in a time of 9.92sec here last night to become the oldest world or Olympic 100m champion in history after returning from two separate drugs suspensions earlier in his career.

The 35-year-old American received a two-year ban, reduced on a appeal, after a positive test for amphetamines in 2001 before a second suspension, reduced to eight and then four years, after a failure for testosterone.

There was confusion today over when Gatlin was due to receive his medal.

According to the official London 2017 website, the medal ceremony was scheduled to be at 8pm tonight when the Olympic Stadium on the Queen Elizabeth Olympic Park would be full.

It was, according to the offiical London 2017 website, a "supergold" medal ceremony.

But, early today, the IAAF announced it would take place at 6.50pm, prompting suspicions it had been moved over fears over the reception that Gatlin would receive from another sell-out crowd of 60,000.

The IAAF have insisted, though, that the ceremony was always due to start at the earlier time and that London 2017 simply printed the wrong information on their website.

The presentation for the men's long jump, won by South Africa's Luvo Manyonga, took place at 8pm instead.

Coe presented Gatlin with his medal, an event greeted again by boos from a Stadium that was about 90 per cent full, although the reception was not quite as loud nor as sustained as last night.

The crowd instead seemed more interest in cheering and celebrating Bolt. whose final individual race Gatlin had ruined, reducing him to the bronze medal.

Earlier, Coe had admitted had won he would rather Gatlin had not won.

"I’m hardly going to sit here and tell you that I’m eulogistic that somebody [Gatlin] who has served two bans in our sport would walk off with one of our glittering prizes," Coe told BBC Radio 5 Live.

"But he’s eligible to be here.

"We did attempt a life ban under this particular set of circumstances.

"We now have the athlete integrity unit and we now need to make sure we do as much as we possibly can to toughen up.

"But actually, we are bound within the WADA World Code, that is mandatory...these things are enthused in legality."

He was then asked to respond to the comments of Jamaican Prime Minister Andrew Holness, who said that life bans are the "only way you are going to ensure that people do not cheat in sport".

"So would I and so would the majority of our sport," Coe said.

"We have tried this, we have constantly tried it.

"We have lost it in a mixture of courts, and particularly in the Court of Arbitration for Sport.

"The worst decision that I think our sport was, in a way, pushed into [by WADA] was towards standardisation of that Code.

"That was a bad decision and it is a decision our sport has paid a high price for.

"I am never going to close the door to the thought that we could one day end up with a lifetime ban."

Previous attempts to enforce a lifeban have repeatedly failed.

"The last change saw an increase from two to four years and this came after intense legal consultation.

"A next change is likely to be discussed in 2019 at the World Conference on Doping in Sport in Poland.

"If people want a more extreme penalty, then it will be considered.

"But we have to clarify the legal situation, because the worst outcome would be introducing a rule which cannot be enforced."