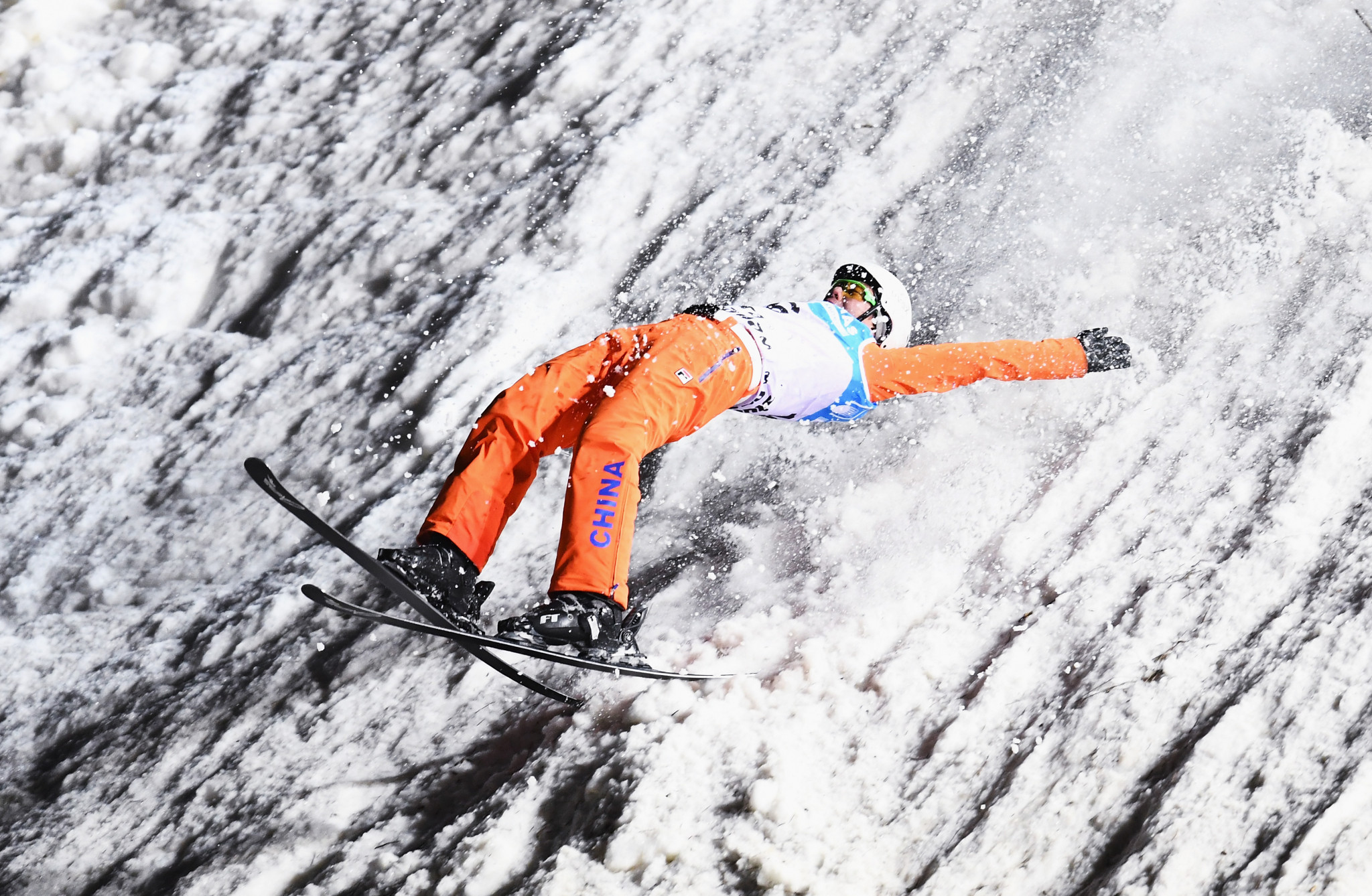 The newest venue on the World Cup circuit will also host events at the 2022 Beijing Winter Olympics.

Zongyang put in an impressive performance, including a back full and double full, to secure his first World Cup victory since the 2013 Lake Placid event with a score of 127.88 points.

After his victory Jia, who won bronze at the 2014 Winter Olympics in Sochi, said: "It's been a long time since I last stood on the World Cup podium.

"To win again and especially here in China feels amazing and it's a big confidence boost ahead of the next competitions."

Second place went to Maxim Gustik from Belarus, who claimed his first medal since winning bronze at Kreischberg in 2015 with a score of 117.26.

Canada's Lewis Irving finished on the podium for the first time in his career thanks to a score of 103.66, which handed him the bronze medal.

In the women's event, Hanna Huskova won her first-ever World Cup title thanks to a consistent display.

The Belarussian did not perform the most technical tricks of the day, but her superb execution of a back lay-full in the final made sure she finished top of the podium with a score of 74.82.

"I've only been on the World Cup podium once before, so now taking the first place means a great deal to me.

"I don't really understand yet what has just happened, but it feels like one of the best days in my life."

The silver medal was taken by home athlete and defending overall World Cup champion Xu Mengtao, who scored 71.55, while bronze was claimed by Ashley Caldwell of the United States with a score of 68.04.

Caldwell, the reigning world champion, was the only female athlete of the day to attempt triple flipping jumps.

The competition continues tomorrow with the second individual events and the team event.