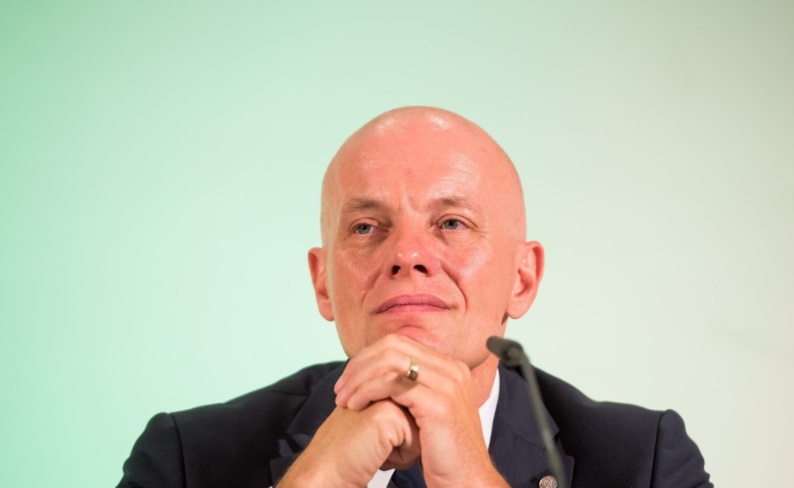 Günter Younger has been confirmed as the World Anti-Doping Agency (WADA) representative on the Invitation Review Panel which will draw up a list of Russian athletes deemed eligible to compete at the Pyeongchang 2018 Winter Olympic Games.

The German, the head of WADA's intelligence and investigations department, has been confirmed in the role after the Panel met to discuss its objectives and methodology.

It comes after the Panel's creation by the International Olympic Committee (IOC), following their decision to ban Russia from Pyeongchang 2018 after evidence of widespread doping.

This means that their athletes can only compete neutrally under the Olympic Athletes from Russia (OAR) banner at the Games next year.

It has also been confirmed that Pedro Gonçalves, the project manager of the Global Organisation of International Sport Federations' (GAISF) doping-free sports unit (DFSU), will serve on the panel as the GAISF representative.

France's Valérie Fourneyron, the chair of the newly set-up Independent Testing Authority, had already been confirmed as chair of the four-person panel.

It had also already been decided that Richard Budgett would represent the IOC as their medical and scientific director.

Younger's confirmation comes after he discussed with International Federations (IFs) yesterday the names of around 300 Russian athletes who have been implicated in a database obtained from the Moscow Laboratory.

He urged IFs to follow up on the information which could lead to various anti-doping cases and sanctions.

Athletes identified include those who would be expected to compete at Pyeongchang 2018 next year.

Younger criticised Russian athletes for not cooperating with investigations in 2015, saying: "There were some athletes and officials who were arrogant during the interviews.

"They sat back and didn't want to answer questions."

The IOC administration informed a Russian delegation about the implementation of the suspension decision in Lausanne today.

The Russian Olympic Committee (ROC), which has itself been suspended, will provide a proposed list of athletes, staff and officials for the panel to consider.

The panel will then draw on information from WADA, the DFSU and the IOC to make its recommendations which will be passed on to the OAR Implementation Group (OARIG).

This will be responsible for final approval of athletes, and is headed by Aruba's IOC Executive Board member Nicole Hoevertsz.

The OARIG will be able to withdraw names but cannot add to the list drawn up by the panel.

They will confirm a final list of athletes before January 28, the sport entries deadline for Pyeongchang 2018.

The Games in the South Korean county will run between February 9 and 25.

Despite the scandal, Russian Sports Minister Pavel Kolobkov today insisted that the country would continue to prepare for Pyeongchang 2018 in line with their planned schedule.

"Everyone knows well about the decisions made by the IOC and the Olympic Assembly, which require Russian athletes to travel to Pyeongchang under the flag of the IOC," Kolobkov said to TASS.

"The situation concerning the admittance of our athletes to the Games has been for months in public focus both in Russia and abroad.

"However, we carried on with the preparations for the Olympics in line with the initial schedule and we all know now what we can hope for in the light of the recent IOC requirements."