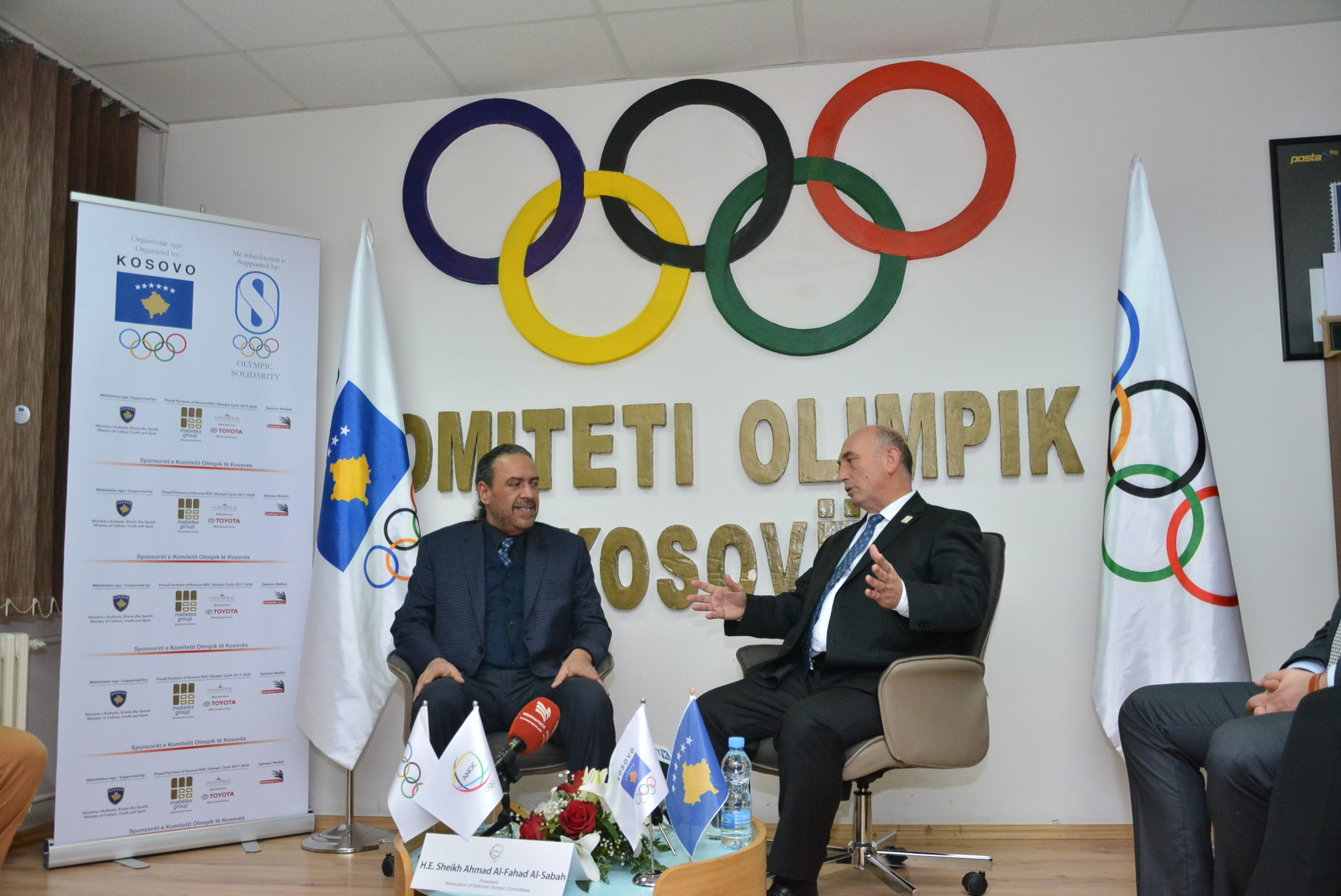 Kuwaiti powerbroker Sheikh Ahmad Al-Fahad Al-Sabah was the guest of honour at a special gala evening in Pristina celebrating the third anniversary of Kosovo's recognition by the International Olympic Committee (IOC).

Kosovan athletes competed under their own flag for the first time at the Olympic Games in Rio de Janeiro in 2016, where judoka Majlinda Kelmendi won a historic gold medal in the under 52 kilograms category.

Sheikh Ahmad, President of the Association of National Olympic Committees and Olympic Council of Asia, emphasised when speaking during the event that this was the right decision.

"We are proud of you, proud of your success, proud to be part of your history," he told 250 guest at the Hotel Emerald in a ceremony also broadcast live on national television.

"When we started to see your flag and your delegates walking at the Rio Games, we were as happy as you.

"You were happy to feel freedom and love.

"We were happy to feel fairness, justice and good environment for the athletes.

"I want to tell you that you have a friend in this world; you are not alone anymore.

"This is our commitment, our promise, our duty."

Sheikh Ahmad also met Kosovo Prime Minister Ramush Haradinaj during his visit as well as Kadri Veslei, the chairman of the Assembly of Kosovo, and Kutjim Gashi, Minister of Culture, Youth and Sport of Kosovo.

He also visited Palace of Youth and Sports of Pristina to see the sport facility and meet and greet some young athletes.

Hasani singled out all those who contributed to Kosovan recognition, including IOC President Thomas Bach.

"We are able to gather here tonight to celebrate this anniversary because of the relentless work of so many people who fought for our dream of recognition to come true, a dream that took 22 years to come true; athletes, coaches, national federations officials, Kosovo state leaders, International Federations Presidents," he said.

"To all these individuals who contributed in their own way for this dream, I thank you eternally from the bottom of my heart."

Kosovo's recognition in 2014 followed a longstanding struggle since the formation of the KOC in 1992.

The IOC's ruling Executive Board decided in 2014 that the KOC had "met the requirements for recognition as outlined in the Olympic Charter", despite not being a member of the United Nations.