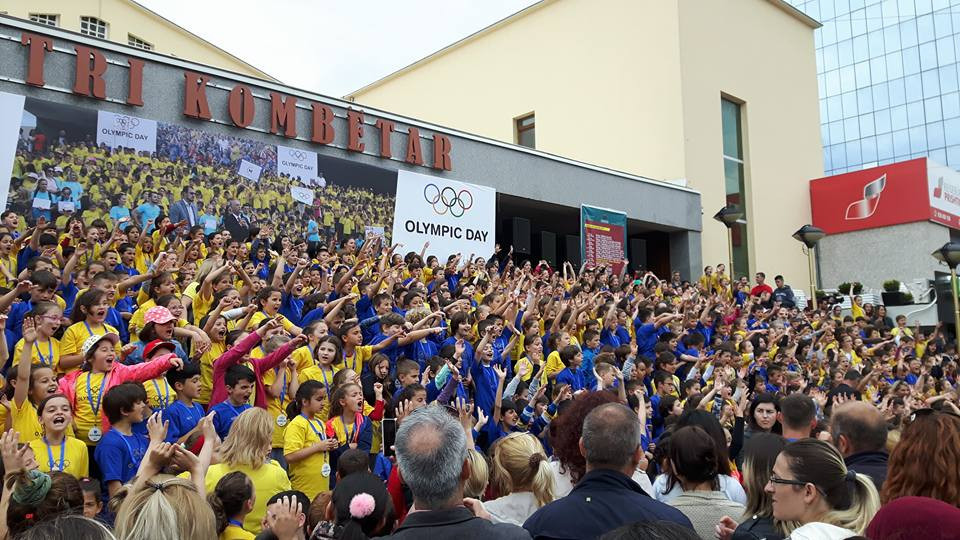 Around 2,000 children born since Kosovan independence in 2008 participated in Olympic Day celebrations in Pristina.

The event, organised by the Kosovan Olympic Committee (KOC) in the capital city, saw budding male and female athletes come together for a series of races and fun runs.

It was broadcast live on Radio Television of Kosovo.

Every participant received a special commemorative medal, many of which were handed out personally by KOC President Besim Hasani.

Other activities taking place alongside the runs included tug of war and flying disc competitions.

It was an early celebration of Olympic Day, which takes place around the world on June 23.

The day commemorates the birth of the modern Olympic Games in 1894 at the Sorbonne in Paris.

It came two-and-a-half years after the Balkan Republic was officially recognised by the International Olympic Committee (IOC) at the body's Extraordinary Session in Monte Carlo in December 2014.

Kosovo made its long-awaited Olympic bow at Rio 2016, where judoka Majlinda Kelmendi won an under 52 kilograms gold medal.