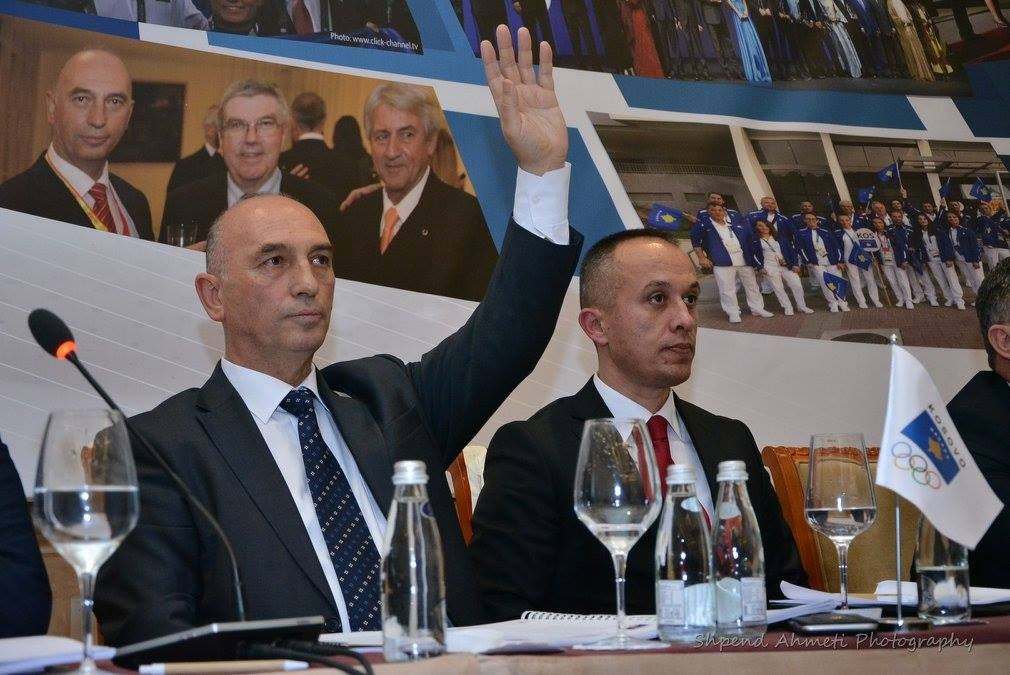 Besim Hasani has ambitiously targeted a top 10 position on the Olympic medals table by 2024 after being re-elected President of the Kosovan Olympic Committee.

Hasani, the key figure in a 20 year process leading to Kosovo's recognition by the International Olympic Committee (IOC) in 2014, has been elected unanimously for a fresh four-year term.

The Balkan Republic made its long-awaited Olympic bow at Rio 2016, where judoka Majlinda Kelmendi won an under 52 kilograms gold medal.

At present, Kosovo has a long way to go to replicate their judo success across other sports, but Hasani is confident of success in a project he claims is the sporting equivalent of "climbing Mount Everest".

"My next dream is to make Kosovo NOC one of the 10 best National Olympic Committees in the Olympic Movement," he told insidethegames following his re-election.

He has not ruled out the possibility of running again for a fresh four-year term in 2020, but believes his successor may ultimately have a better chance of fulfilling the medals table objective.

"It is such an important dream to be realised that I will start it and maybe my successor will achieve the dream," he added.

"However, I will not give up until I draw my last breath.

"Kosovo has only been in the Olympic for two years so we need eight years more.

"This is a promise I gave to [IOC] President [Thomas] Bach when he visited Kosovo in 2015.

"Before he left the office I told him that I would like he to make him proud after his brave decision to recognise Kosovo NOC.

"For 22 years we worked for the dream of Olympic inclusion and now I can't work without having another dream which has to be realised.

"I am aware I have to work hard with clever people and with best strategy, but I will not stop.

The IOC decision to accept Kosovo was taken despite the country only being recognised by 113 of the 193 United Nations eight years after independence was formally declared from Serbia in 2008.

As well as engineering greater sporting success, Hasani also hopes to improve the running of sport in the country in both an organisational and infrastructural sense.

"I am not thinking to have only medals but also to be one of the best NOCs with regard to integrity, transparency, good governance," he added.

"The best system and the best athletes who are led by the best coaches who are working with best programmes to be managed all sport organisations in Kosovo strategically.

"I am aware it is Mount Everest but I have to climb it."

All the other Kosovans who competed at Rio 2016 did so by virtue of Tripartite Commission or universality places.

But, with most world governing bodies only having recognised Kosovo in recent year either shortly before or after the IOC decision, hope is high that they will now enjoy a steady growth.