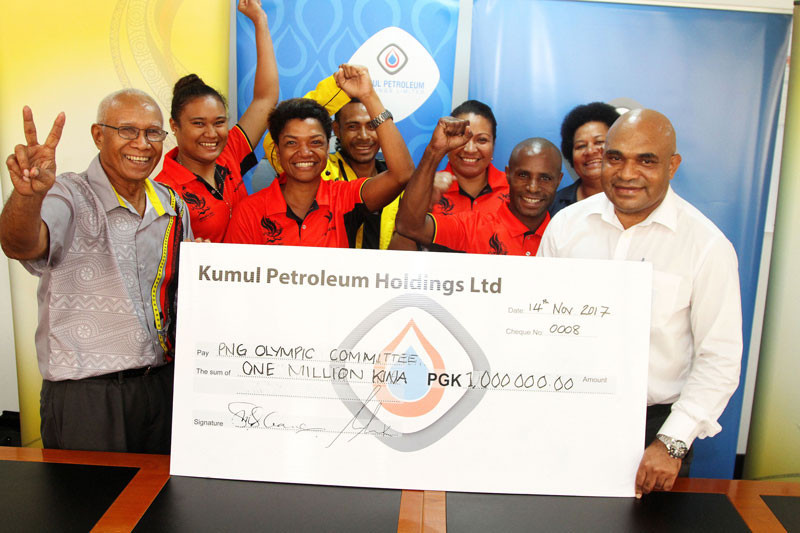 Papua New Guinea will benefit from sponsorship from Kumul Petroleum Holdings Limited (KPHL) as they build towards next year’s Commonwealth Games in Gold Coast.

An agreement between Papua New Guinea Olympic Committee (PNGOC) and KPHL has been signed, with the former’s President Sir John Dawanincura claiming it was a once in 20 years opportunity.

The backing has already helped Papua New Guinea’s athletes at the Pacific Mini Games in Vanuatu, while it will also boost preparations for the Commonwealth Games.

"Kumul Petroleum’s support for Team PNG to the Pacific Mini Games and for the PNG Olympic Committee is indeed timely and a great boost for Team PNG especially, during this tough economic times," said Sir John.

"The PNG Olympic Committee sets a high standard in the way we conduct our business, and I am confident that with the support of Kumul Petroleum, we can be able to achieve our goals through a positive and complimenting partnership.

"We look forward to a strong and fruitful working relationship with Kumul Petroleum."

Under the terms of the agreement KPHL will have exclusive naming and branding rights for the Papua New Guinea team.

They have been confirmed as a platinum sponsor of the PNGOC.

"To that end, we see that the opportunity to support PNGOC goes a long way to meaningfully contribute to the pool of talent PNG will be exposing in these two international events.

"Team PNG inspires our nation and our country and we are proud to be associated with them as they continue to fly the Kumul flag on the world stage,"

Papua New Guinea won two weightlifting gold medals at the Glasgow 2014 Commonwealth Games and will be hopeful of similar success next year in Gold Coast.