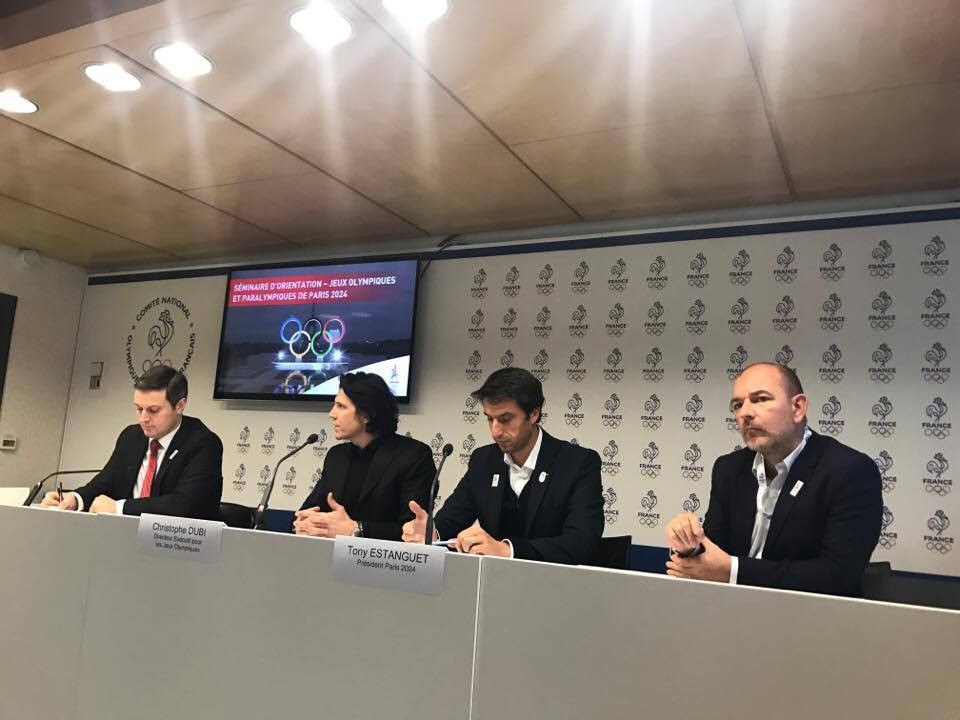 Detailed discussions are beginning between Paris 2024 and Los Angeles 2028 to consider the feasibility of collaboration on areas including sponsorship and procurement, it was revealed here today.

The talks, which will be mediated by the International Olympic Committee (IOC), have intensified here during a two-day Orientation Seminar.

Paris and Los Angeles were simultaneously awarded the 2024 and 2028 editions during the IOC Session in Lima in September.

"There are several areas for collaboration," IOC executive director for the Olympic Games, Christophe Dubi said.

"Procurement is another, I’m not certain it can work, but maybe there are procurement opportunities out there because there are commonalities with Paris and LA.

"If we take the one example of tents, maybe we could have joint procurement for such temporary facilities?

"Conceptually speaking, it is conceivable.

"Is it doable in practice?

"This could reduce costs, reduce complexity and have a positive financial impact.

"We have to push this collaboration in the right direction, and it is up to the IOC to do that and to set a few basic ground rules."

Dubi claimed that, because many contracts with suppliers for the Olympics are agreed through sponsorship deals, any procurement collaboration would also be likely to involve a marketing and commercial relationship.

There are many factors which add to the complexity here, though, including whether the two Organising Committees agree on a common company and if it proves more financially beneficial to do so.

"This is something we have to discuss between the IOC and the two parties," Dubi added at  the end of the two-day IOC Orientation Seminar that was open to the media for the first time.

"For that very reason, there are vice-presidents from ITMS (IOC Television and Marketing Services) who will be present over the next few days to discuss with Paris and Los Angeles exactly about this.

"You have TOP sponsorship which is acquisition of rights worldwide and we have to respect these contracts.

"It is immensely important that we don’t case any shadow over this.

"Nevertheless, there might be opportunities for some of the procurement to have two markets, but this is work in the making.

"This is the first time we have such an opportunity and we feel that it will take a few months to come up with the right answer."

A six-strong Los Angeles 2028 delegation led by chief operating officer John Harper was present throughout and will stay here over the weekend for further meetings.

Paris 2024 chairman Tony Estanguet claimed to have already discussed ways they can collaborate with his IOC Athletes' Commission colleague Angela Ruggiero, who was also the chief strategy officer for the American bid.

He expects further progress in the "first quarter" of next year.

"There's something unprecedented in this collaboration," Estanguet said.

"It is not just words, I think we can be stronger and perform better with Los Angeles.

"I am going to go to LA to work with them because I have had a few talks with Angela Ruggiero and want to continue the conversation and see how we can work together.

"In the first quarter of 2018, after we have finalised the stucture of our Organising Committee, we will work together.

"We’ve identified people who could work on this partnership with LA.

"There are plenty of areas: communications, marketing, operations...

"There is a long, long list of list of area where it is in our best interest to work together."

Dubi confirmed that Los Angeles 2028 representatives will attend the first meeting of the Paris 2024 Coordination Commission, currently scheduled for June 18 and 19 next year.