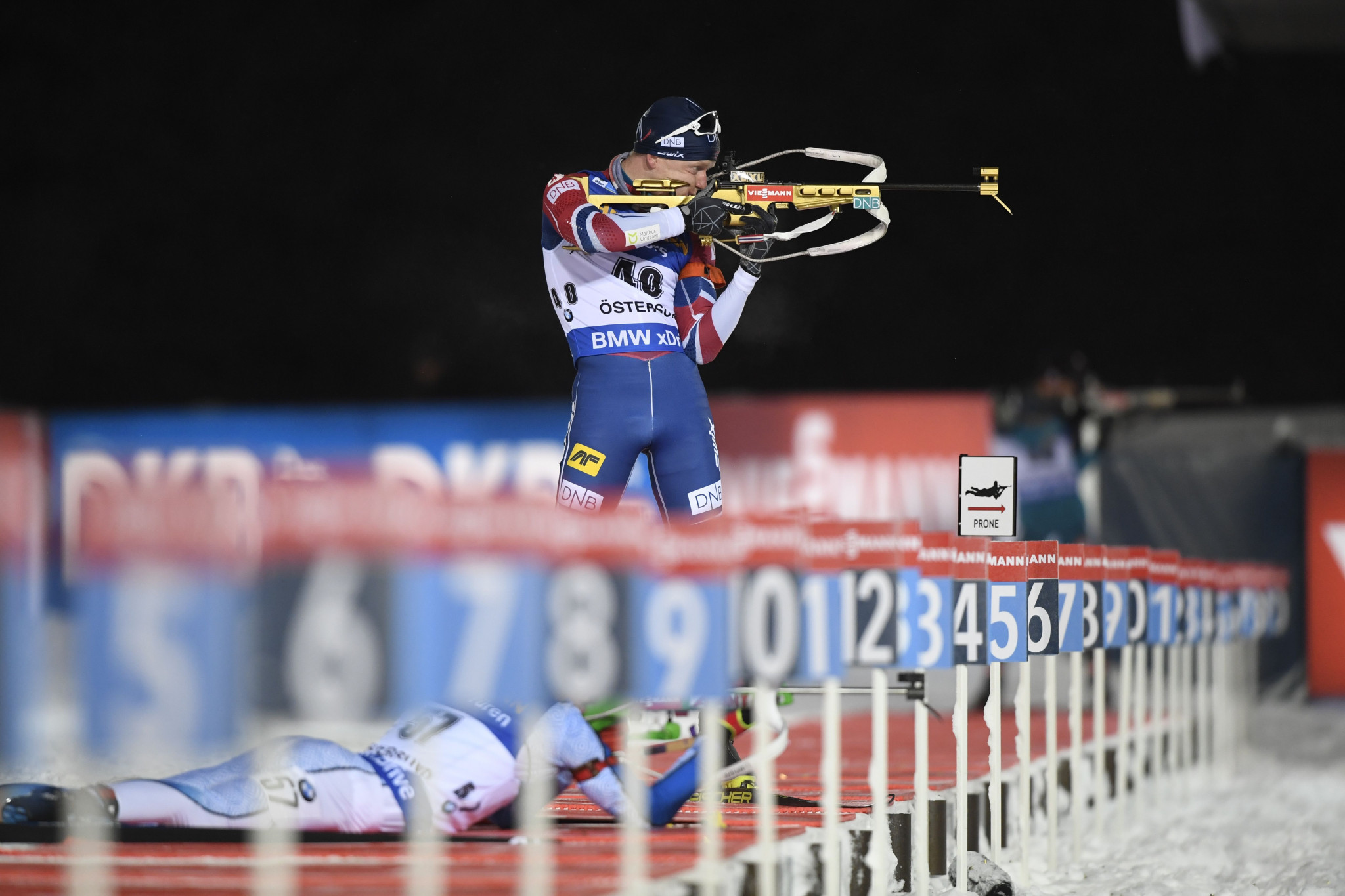 Norway's Johannes Thingnes Bø claimed victory in the first individual men's event of the International Biathlon Union World Cup season as he won the 20 kilometres race in Östersund today.

The 24-year-old, a three-time world champion, shot clean on his way to crossing the line in a time of 53min 24.5sec.

The Norwegian beat the French duo of Quentin Fillon Maillet and defending World Cup champion Martin Fourcade, who were second and third respectively.

Maillet was just over two minutes adrift of Bø, while double Olympic gold medallist Fourcade was a further 13.3 seconds behind.

"This is a big day for me, because I've been waiting for long to win in this format; it feels great to have a win in each of them," the Norwegian, who was second in the race for the overall World Cup crown in the 2015 to 2016, said.

The race took place amid cool temperatures but the wind shifted throughout, making for tough shooting conditions for the athletes.

The early battle for first place was between Bø and Fourcade as the two competitors made a promising start.

The Frenchman cleaned the first standing stage to move into the lead but Bø responded in style, shooting clean to emerge with a 17-second advantage.

Bø and Fourcade matched each other going into the final shooting stage but the Norwegian had the edge on the skis and eventually the six-time World Cup champion faded away and was forced to settle for bronze.

Maillet managed to usurp his team-mate to take home the silver medal.

"Compared to last year I am far from that shape, but one never knows if such a form is coming back," said Fourcade.

"I think I am 80 per cent of that version of myself, but I can't tell you if this 100 per cent will happen again.

"I had some pain on my wrist during the summer and then I've been sick in autumn, so I can be satisfied with today's result.

"I will focus on that rather than what I could have done better.”