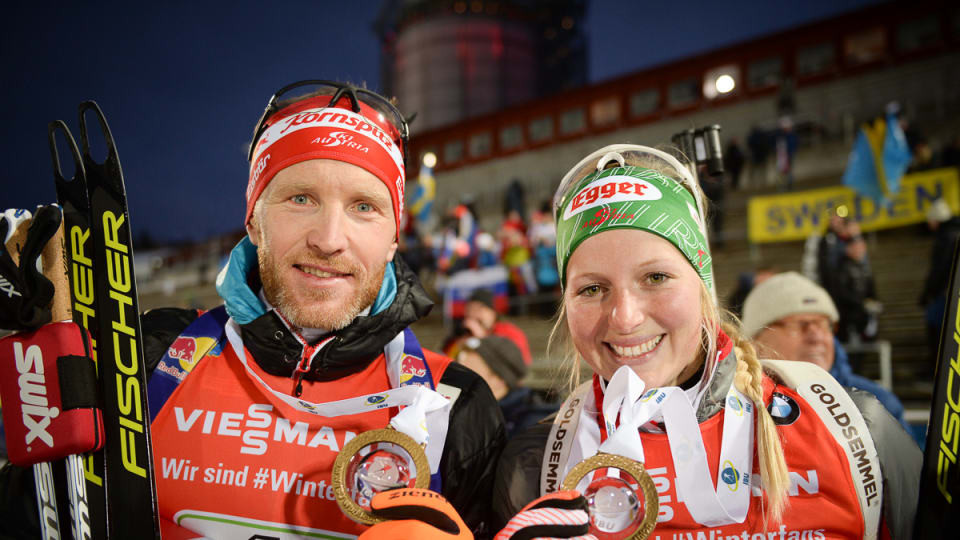 Austria claimed the first win of the International Biathlon Union World Cup season today in Östersund with a victory in the single mixed relay.

A brilliant shooting display proved key as the duo finished 16.5 seconds ahead of Germany’s Vanessa Hinz and Erik Lesser.

Defending Östersund winners France finished fourth, a further second behind, while hosts Sweden had to settle for fifth, 34.3 seconds back.

"The hope was to finish in top three; winning of course it's even greater," said Eder.

"I think I've been shooting fast, just the first standing was slower, but you need to slow down at times…

"Sometimes you feel good and sometimes you are afraid when you come to the range and today I felt good."

Italy took second place, 5.3 seconds behind, and Germany were beaten by 6.4 seconds to finish third.