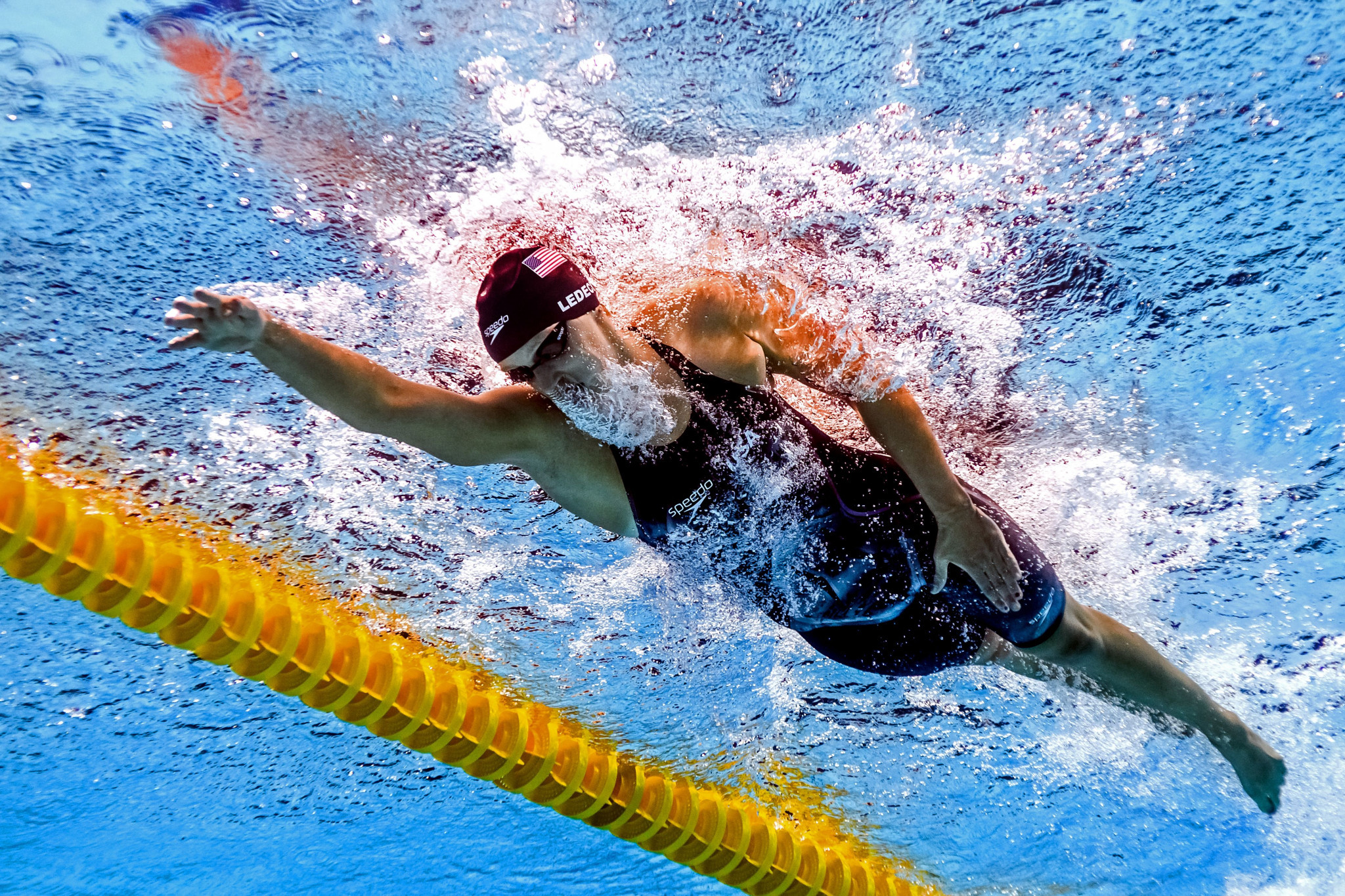 Katie Ledecky and Kyle Snyder have been named as Female and Male Olympic Athletes of the Year at the Team USA Awards in Los Angeles.

They were among eight award winners on the evening, which took place at the UCLA’s Royce Hall, while a number of special prizes were also presented.

Ledecky was awarded the women’s prize having won five gold medals at the World Swimming Championships in Budapest, which saw her defend three titles.

She also set a women’s record for World Championship gold medals, having taken her total to 14.

Snyder received the men’s honour, having triumphed in the men’s 97 kilogram at the World Wrestling Championships, adding to his world title in 2015 and Rio 2016 Olympic crown.

He also helped the United States’ to their first men’s freestyle wrestling world team title in 22-years at the Championship.

The honour recognises an individual who has served as a powerful force for good in society, inspiring others by contributing to a better world, uniting people or leading a cause.

Felix, a six-time Olympic champion in athletics, was presented the award in recognition of her community efforts and work with the organisations Right to Play and Special Olympics.

The award was named after Owens after his record-breaking performances at the 1936 Olympic Games, where he is credited with defeating Adolf Hitler’s myth of Aryan supremacy.

Muhammad Ali was the first recipient of the award, with the honour having been posthumously given to the boxer in 2016.

"I’m so honoured to receive the Jesse Owens Olympic Spirit Award and to be connected with such a legendary man who spread his powerful, enduring spirit throughout the world, both through sport and through the positive legacy he left behind,” said Felix.

“I believe with my whole heart in the power of sport to transform lives, and to give youth around the world a sense of hope and empowerment and purpose.

“I have been blessed with the opportunity to meet so many inspiring young people and to see their eyes light up when given access and opportunity to sport and play.

“Throughout my life, I hope to continue advocating for and working with kids, and to leave our world a little better for future generations.”

The United States women’s ice hockey squad were named as the Olympic Team of the Year after winning the world title for the fourth consecutive time.

Bill Zadick was honoured with the Olympic Coach of the Year prize, having guided the national freestyle wrestling team to multiple success during 2017.

The Female Paralympic Athlete of the Year was presented to Tatyana McFadden, after becoming the most decorated wheelchair marathon champion in history, as well as claiming four gold medals at the 2017 World Para Athletics Championships in London.

Mikey Brannigan received the men’s award, after improved his own 5000 metres world record, as well as winning two gold medals at the World Para Athletics Championships.

Having won a third straight world title, the US National Sled Hockey squad received the Paralympic Team of the Year award.

Eileen Carey was named Paralympic Coach of the Year, after she guided Oksana Masters to four gold medals and one bronze at the World Para Nordic Skiing Championships, as well as helping Andy Soule capture silver and bronze medals.

The Easton Sports Development Foundation were named as winners of the Building Dreams Award, having been a major contributor to USA Archery’s high performance and grassroots efforts.

High jumper Chaunté Lowe was also presented with her bronze medal from the Beijing 2008 Olympic Games at a special ceremony, having been upgraded by the International Olympic Committee following three rivals being banned for doping offences.

The six athlete and team award winners were partly decided by an online fan vote, where more than 260,800 fan votes determined 50 per cent of the final tally.

Members of the Olympic and Paralympic family, which include journalists, accounted for the other 50 per cent.