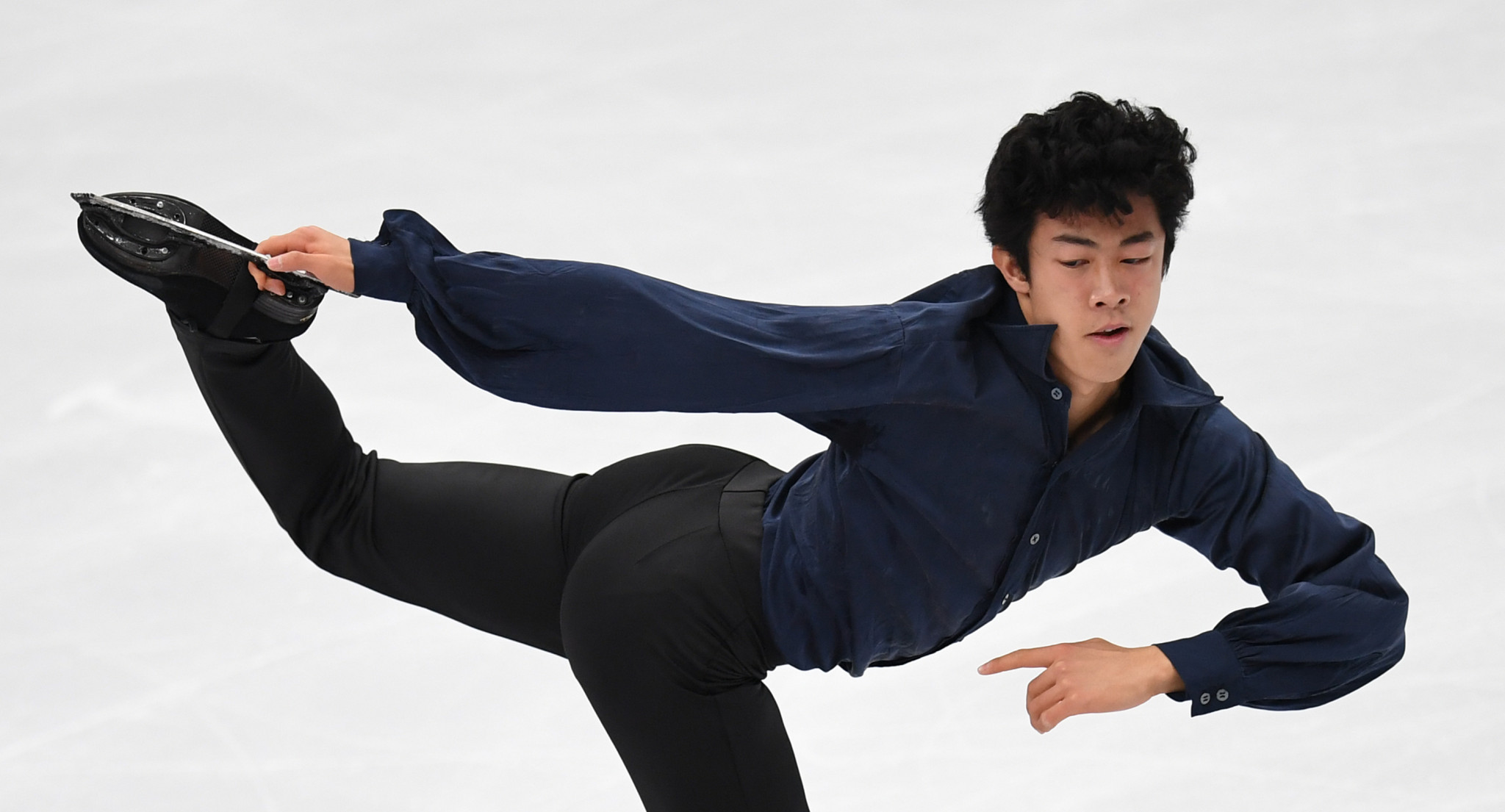 The United States Olympic Committee has announced the Best of October finalists for the Team USA Awards, which recognise the outstanding achievements of American athletes from last month.

Fans are invited to vote for their favorite athletes and teams here up until midnight on November 7.

A total of seven sports are represented among the 13 finalists across men's, women's and team categories.

In addition to Dow, the presenting sponsor, the Team USA Awards are supported by Dick's Sporting Goods and the USG Corporation.

The finalists for Male Athlete of the Month include figure skater Nathan Chen, who defeated the reigning Olympic and world champion Yuzuru Hanyu of Japan to win the men’s singles gold medal at the International Skating Union (ISU) Grand Prix in Moscow.

He earned a season-best 193.25 points in the free skate after landing four quads.

Also among the finalists is fencer Race Imboden, who opened the 2017-2018 World Cup season by claiming the men's individual foil bronze medal in Cairo, securing a number six world ranking.

Gymnastics is represented by Yul Moldauer, who, competing at his first World Championships in Montreal, claimed the bronze medal in the floor exercise, becoming the first American to earn a world medal in the event since Jake Dalton in 2013.

Athletics was not left out, with Galen Rupp being the first American man to win the Chicago Marathon in 15 years, defeating two-time world champion Abel Kirui of Kenya by 28 seconds with a career-best time of 2 hours 9min 20sec.

When it came to Female Athlete of the Month, athletics is represented by Jordan Hasay, who recorded the second-fastest marathon ever by an American woman with a time of 2:20:57 to finish third at the Chicago Marathon.

Gymnast Morgan Hunt is also in the running, having extended the US winning streak to seven straight world or Olympic titles by claiming the women's all-around gold medal, and added a silver medal on the balance beam in her World Championship debut.

Fencing is represented by Lee Kiefer, who won all six of her matches to claim the women's foil gold medal and a number two world ranking at the season-opening World Cup event in Cancun, Mexico.

Para-athletics is represented by Tatyana McFadden, who clinched an unprecedented seventh straight wheelchair title at the Chicago Marathon, improving her own course record with a time of 1:39:15, just months after being hospitalised with blood clots.

Shooting is also in contention, with Kim Rhode capturing her second consecutive - and third overall - ISSF World Cup Final title, tying the women's skeet world record of 56 out of 60 targets and prevailing in a 22-round shoot-off in the final.

The Team of the Month finalists include the men's foil team in fencing, which includes Imboden, as well as Alexander Massiala, Miles Chamley-Watson and Gerek Meinhardt.

They opened the World Cup season by winning gold with a 45-26 defeat over Russia in Cairo, marking the team's fourth medal in its last five World Cup appearances and securing the number one world ranking.

Other team finalists include figure skaters Maia and Alex Shibutani, who claimed the ice dance gold medal at the ISU Grand Prix in Moscow, winning both the short dance and free dance in dominating fashion to claim the title by nearly five points.

Rowing is represented by Meghan O'Leary and Ellen Tomek, who claimed silver in the women’s double sculls at the World Rowing Championships, marking the best-ever finish in the event for a United States team and the first American medal in the event in 27 years.

Each National Governing Body (NGB) may nominate one female, one male and one team per sport discipline.

An internal nominating committee selects finalists to advance to the voting round.

Votes received from NGB representatives and select members of the media account for 50 per cent of the final tally, with the other half determined by online fan voting.