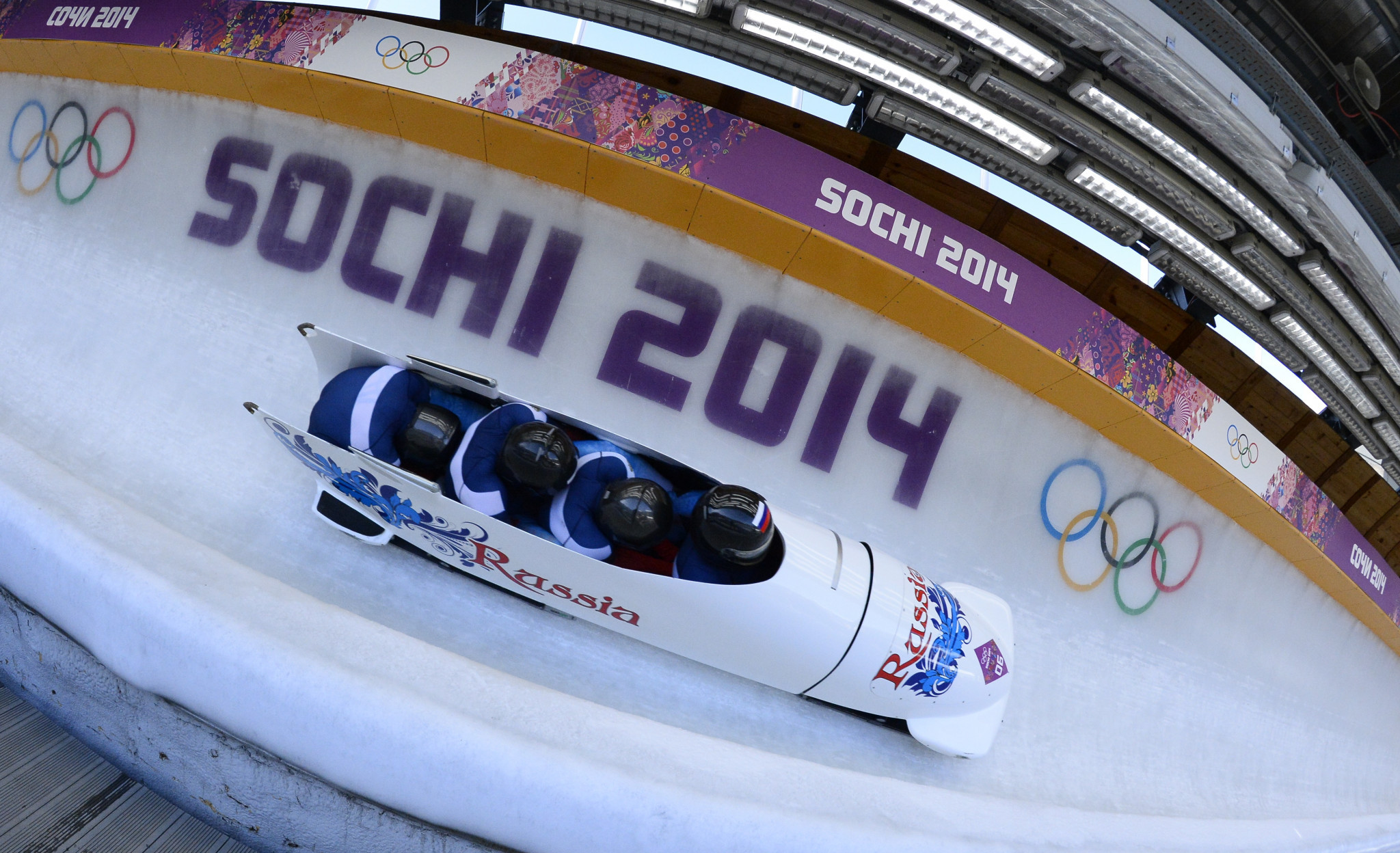 The trio were part of the Russian four-man bobsleigh team which finished in fourth place at the Olympic Games.

Their line-up was completed by Maxim Belugin.

The decision to sanction the team has added significance, with the squad having been due to be moved into the bronze medal position.

Latvia are in line to be promoted from silver to gold in the four-man event following their disqualification, with their team including Oskars Melbārdis, Arvis Vilkaste, Daumants Dreiškens and Jānis Strenga.

The United States four-man team of Steven Holcomb, Steven Langton, Curtis Tomasevicz and Christopher Fogt are set to be upgraded to silver.

Holcomb could be posthumously upgraded to silver after he tragically died in May.

Britain are now expected to move up to the bronze medal position, with their crew of John Jackson, Bruce Tasker, Stuart Benson and Joel Fearon having initially finished fifth.

The British Bobsleigh and Skeleton Association have welcomed the potential impact the decisions could have on their team.

“We fully support clean sport and have always wanted our athletes to compete on an equal footing,” a statement read.

“Learning that this does not appear to have been the case during the last Olympic Winter Games is extremely disheartening and we are pleased that steps are being taken to address the situation.

“Stu Benson, Joel Fearon, John Jackson and Bruce Tasker, and the entire GB Bobsleigh team and staff, worked incredibly hard in the lead up to the 2014 Games, with John battling back from a serious Achilles injury just in time for Sochi.

“If they were to be awarded a retrospective medal, it would be a just reward for their dedication and commitment.

“This news comes on the back of an outstanding few weeks for GB Bobsleigh, with medal success and personal bests in Park City and in Whistler, and the team will continue to give their all as they work towards the next Olympic Winter Games in Pyeongchang in February.”

It follows the athletes being sanctioned by the IOC Disciplinary Commission.

“The former athletes have the right to a Provisional Hearing on the matter of the provisional suspension,” an IBSF statement read.

“All athletes are retired and will therefore not be competing in the current season.

“Nevertheless the provisional suspension does not allow them to attend any IBSF event in any capacity.”

The sanction would impact on Zubkov, who is the President of the Russian Bobsleigh and Skeleton Federation.

He attended the latest IBSF World Cup event in Whistler last weekend, but would be prevented from being accredited for future events while the suspension is in place.

The latest verdicts bring the total number of Russian athletes sanctioned by the IOC to 22.

All are accused of being involved in a doping and sample tampering programme in operation during their home Games.

They are expected to appeal to the Court of Arbitration for Sport in a bid to be able to participate at Pyeongchang 2018.

The Russian athletes sanctioned today were among those implicated as being involved in the tampering of urine samples during Sochi 2014.