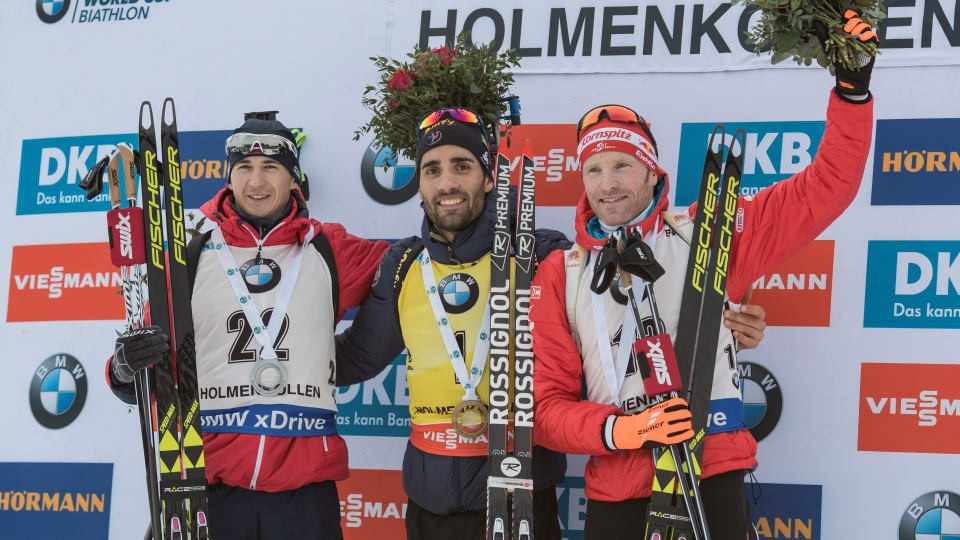 France's Martin Fourcade claimed a record 14th win of the season at the International Biathlon Union (IBU) World Cup in Oslo, which brought the season to a close today.

The Frenchman was the only competitor in the field to shoot clean in the men's 15 kilometres mass start event, as he crossed the line in a time of 37min 32.2 sec.

Fourcade, the overall champion, initially fell 21 seconds behind the rest of the field in the first prone stage after he failed to load his magazines and had to receive ammunition.

Latvia's Andrejs Rastorgujevs, with two penalties, secured the first podium finish of his career in second place, 17.4 seconds back.

Austria's Simon Eder, with one penalty, finished third 32.4 seconds back.

"I want to say a big thanks to my team, they have all worked very hard for this," said Rastorgujevs.

"I think today there will be a big party for my team.

"I don't have words for the race today, it's so emotional.

"Hopefully this is an opening of the door for more podiums."

In the women's competition today, Norway's Tiril Eckhoff was victorious on home snow in the women’s 12.5km mass start event.

With just one penalty, Eckhoff claimed her second victory of the season in a time of 34:23.1.

Gabriela Koukalová of the Czech Republic, also with one penalty, finished second, 22.6 seconds back.

As a result, the Czech star secured the discipline's crystal globe.

However, a ninth-place finish saw the German finish 11 points behind Koukalova in second.