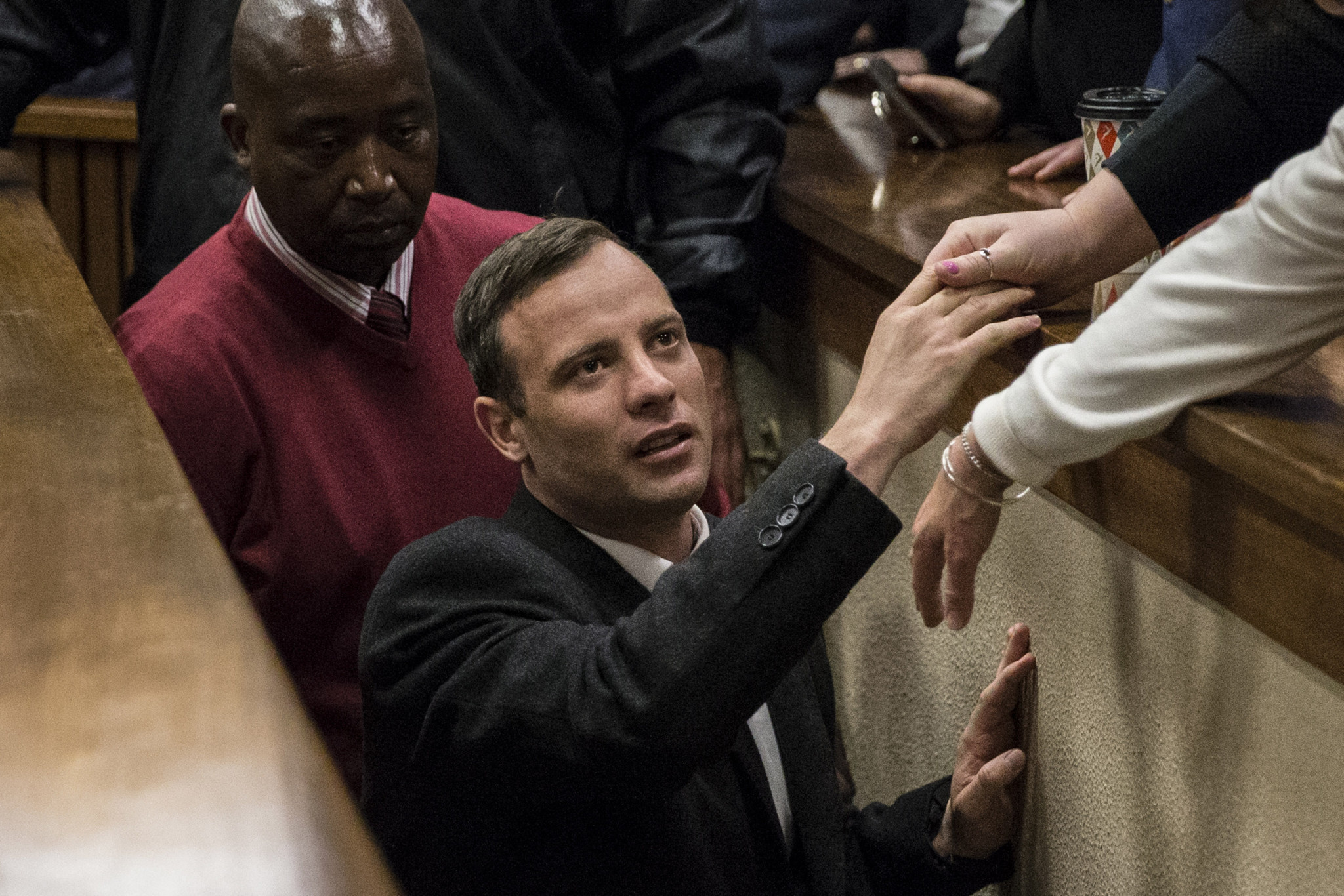 Oscar Pistorius has had his sentence for killing girlfriend Reeva Steenkamp extended to 13 years and five months by South Africa's Supreme Court of Appeal today.

The court in Bloemfontein handed down the minimum 15-year term for murder in South Africa, minus the time he has already served.

It came after prosecutors successfully argued that Pistorius' six-year term was too lenient.

"The sentence imposed in respect of murder is set aside and substituted with the following: the respondent is sentenced to imprisonment for a period of 13 years and five months," Judge Willie Seriti said.

The six-time Paralympic champion was not in court to hear the decision, which was welcomed by the Steenkamp family.

"This is an emotional thing for them," a family spokesperson said following the verdict.

"They just feel that their trust in the justice system has been confirmed this morning."

Pistorius killed Steenkamp by firing four shots through a locked toilet door on Valentine's Day in 2013.

Judge Thokozile Masipa had initially sentenced Pistorius to five years for culpable homicide - the equivalent of manslaughter - in 2014.

Prosecutors successfully appealed and got it upgraded to murder in 2015, which led to the new six-year term.

He was released after serving 10 months of the five-year term and placed under house arrest.

Masipa cited a number of mitigating factors in her reasoning behind the sentence, which was widely criticised.

The state had argued the sanction was "shockingly lenient" and prosecutors have always insisted his sentence should have started with 15 years at a minimum.

Pistorius had claimed he did not know Steenkamp was behind the door and had mistaken her for an intruder.

His defence team insisted the six-year sentence was appropriate.

The South African is still able to appeal the decision given by the Supreme Court today as he could contest the new sentence to the Constitutional Court, the highest court in the country.

Pistorius won six Paralympic gold medals during his career on the track, including three at Beijing 2008 and two at London 2012.

He became the first amputee to compete at the Olympic Games when he took part in the men's 400 metres.