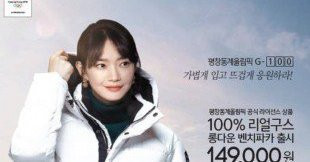 A long padded coat designed for wearing at next year's Winter Olympics and Paralympic Games in Pyeongchang has been in such demand that it has sold out, with customers queuing overnight in South Korea to get their hands on one.

The Lotte department store announced that its entire stock of 7,000 official Games coats sold out nationwide by 6am.

Branches of the store around South Korea had allocated tickets for customers to give them a chance of buying a coat.

The unprecedented demand for the coats far exceeds the interest South Koreans have so far shown in purchasing tickets for Pyeongchang 2018.

A sales update last month revealed that only 20.7 per cent of the 760,000 tickets available for the South Korean general public have been sold.

At the Avenuel store, World Tower branch in South Korea's capital Seoul, people started to arrive at 8pm on Tuesday (November 21) to buy the coat, after it was announced that 1,000 tickets would be released from 9am the next morning.

It was anticipated that sales would begin at 10.30am but the demand so outstripped supply that sales had to close earlier than planned.

Coats had been on sale in other stores and online since October 26.